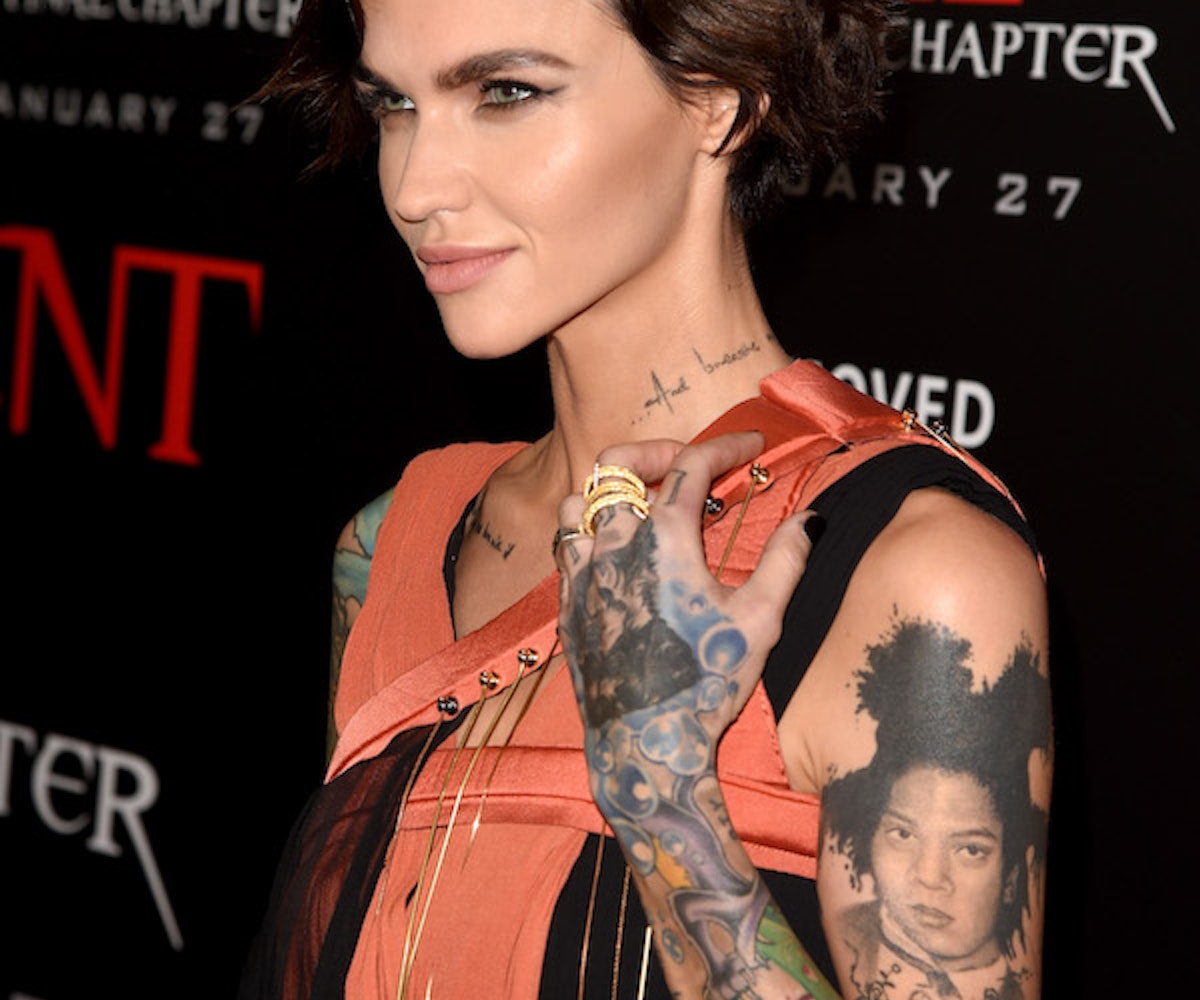 Ruby Rose has come to bless us with a little warmth to soothe our cold, dead hearts. Although the actress faced enormous difficulty growing up—physical and emotional bullying from her classmates because of her sexuality, in addition to being sexually abused by a relative—it turns out that coming out to her mom was a much easier experience than she had anticipated. In fact, her mom knew she was a lesbian before she did.

In a preview clip from TODAY with Willie Geist, Rose tells Geist about how she decided to come out to her mom when she was 12 years old… and her mom’s resulting response. When asked if Rose was concerned about telling her, she said, “I was just worried because I didn’t know it was a thing. Like, I knew how I felt. I knew what I kind of identified as, but the words ‘gay’ or ‘lesbian’—I didn’t know anyone else that was gay or a lesbian. So I didn’t really know how to word it. So I was just like, ‘I think I should let you know that when I eventually get a boyfriend, there’ll be a girl.’ And she was just like, ‘I know.’”

This was a big surprise to Rose, who couldn’t understand how her mother knew about her sexuality when she was still looking to find the words for it. She says, ”She knew when I was six, apparently. I was like, ‘Really, mom?’ I don’t even think I knew then. I didn’t think that was possible, but apparently it is, and it makes sense.”

Rose has talked before about her mother, Katia Langenheim, and her unwavering support as she waded through difficult teenage years, made all the more complicated by her struggle to find herself within her own skin. So, it seems to fit that her mother was in tune with her daughter’s unique spirit and needs from a young age and was there to help guide her during her most difficult moments. Oh Mama Langenheim, if only there were a few more of you to go around…

Check out the interview clip below and watch the full interview tomorrow, February 5, on NBC’s TODAY with Willie Geist.

NEXT UP
Culture
Not One, But Two BTS Documentaries Are Coming
Life
NYLON Daily Newsletter: December 2, 2022
Culture
NYLON Party Report Card: Partying With The Stars & 94 Foot Long Whale At The Natural History Museum Gala
Entertainment
Precious Pepala Is Going From TikTok Covers To Her Own Resonant Songs