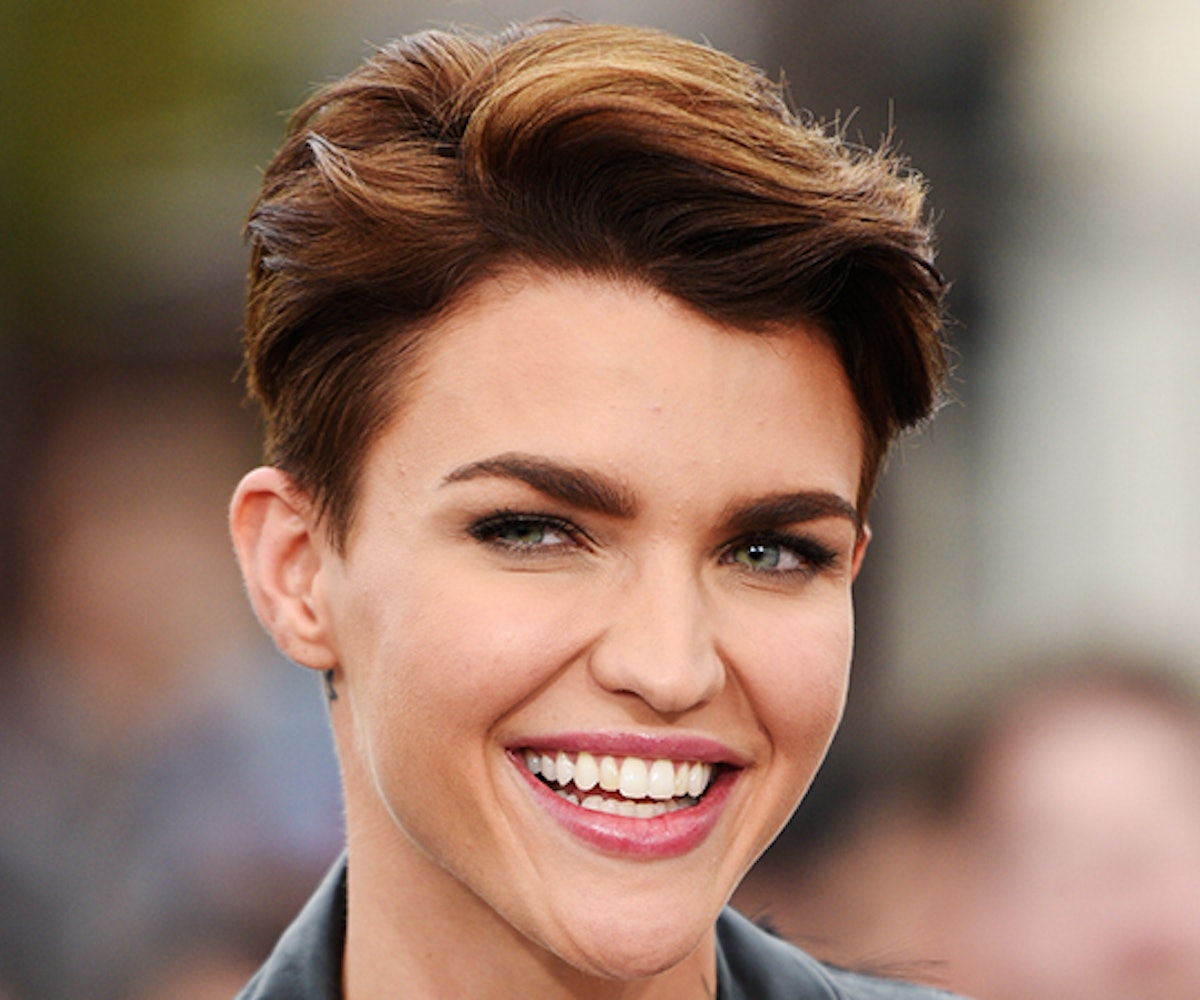 Ruby Rose has always advocated for others to be who they are. But in a recent interview with Self, she revealed that she had a hard time understanding her own identity growing up.

While she did come out to her mom as a lesbian when she was a pre-teen, the actress says that she was raised with a very binary understanding of gender that muddled her understanding of herself. “When I was really young, my own understanding was that you had to be either a boy or a girl,” she says. "And I didn't feel like I fit the mold of a girl.” She now identifies as gender-fluid, and credits celebrities like Annie Lennox, David Bowie, Prince, and Madonna for helping her expand her perceptions of gender.

While it’s hard to understand who you are when you don’t have the language available, Rose has definitely used her experience to make sure that young people growing up today don’t have the same problem. In 2014, she released a self-directed video called "Break Free," which was a nonverbal depiction of her gender identity. She's also used her influence as an actress to play diverse roles and bring authentic representation to the entertainment industry which, in 2017, is still sadly lacking.