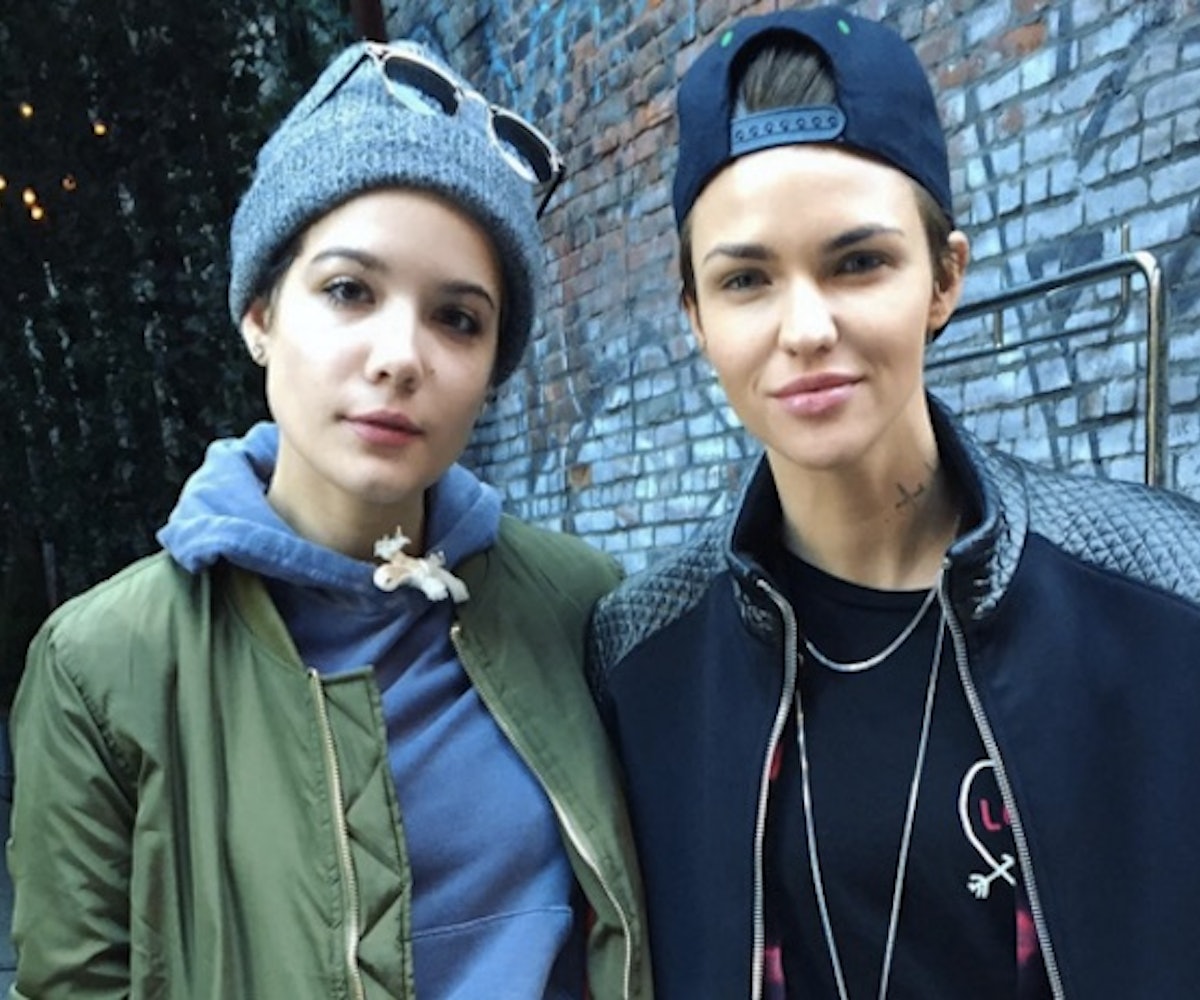 No, seriously, are Ruby Rose and Halsey dating? TMZ totally wants us believe that they are based on little more than the fact that they saw Star Wars together and are clearly fangirls of each other. That's TMZ's job. They do stuff like that.

Now, when we saw Star Wars, we didn’t wind up dating the person next to us. But, Rose and Halsey didn't go there solo, as this 'gram shows. Still the report has us asking questions: Is there more to this? Did Halsey get a feeling? Did she get the feeling? Are you seeing what we’re doing here?

Honestly there isn’t much more to go on other than the Instagram taken some two weeks ago above and their aforementioned post-show jump into an SUV. Moreover, there isn’t anything anyone can add to this conversation except wild speculation, rumors, and fan fiction. Similarly, there wasn’t much more than the above to go on when some said that Halsey and Justin Bieber were a thing (whether they were or not, we're not sure).

However, this is exactly what a relationship at this stage would look like. Basically, we don’t know the answer here and are uncomfortable guessing at this point. That’s kind of the way it should be with these things, right?

That said, wouldn’t this be nice? Wouldn’t this be a good one? Can’t we wish this into happening? Can’t we get Santa on our side here? If we could end out the year with one new celeb couple, it would be this one.

NEXT UP
Culture
The Madonna Biopic Is Being Scrapped
Culture
Kaia Gerber Won’t Stop Until She’s Cast As Patti Smith In A Biopic
Culture
The 2023 Oscar Nominations Full List Is Here
Culture
Who Won At The 2023 Grammys
Style + Culture, delivered straight to your inbox.