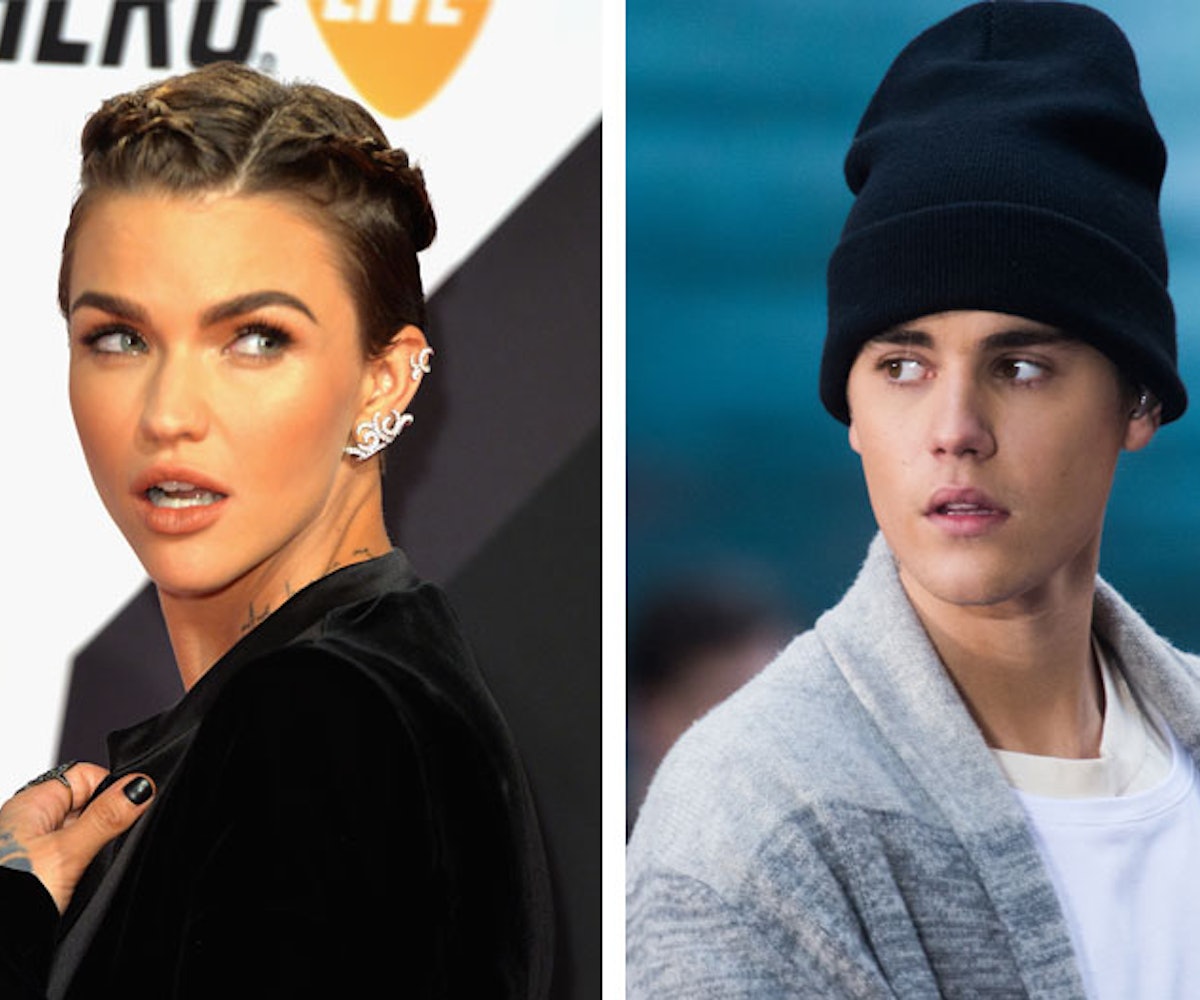 When it comes to Justin Bieber, Ruby Rose is in it to twin it. Just because her Canadian look-alike has lavender hair now doesn’t mean they can’t play copycat. Rose highlighted this over the weekend by sharing a photo of her mimicking the one Bieber posted to debut his new ‘do.

“Who am I,” Rose captioned the photo of her casually chilling on the hood of a very nice looking and expensive car. Rather than let her followers guess, though, she tagged Bieber, too. Let’s be real: It wouldn’t have been that hard to figure out who she was masquerading around as. Rose and Bieber have an affinity for playing up their twin-like status. They embrace it, actually—Rose more so on Instagram than Bieber. This post from late last year is yet another example of their similarities.

Their connection goes deeper than mere appearance, though. A quick scroll through Rose’s Instagram will show you many photos of the two together, and her sending congrats to the “Sorry” singer. “His heart is bigger than people could imagine,” she once said. So, too, must Rose’s be. Keep on twinning, guys.