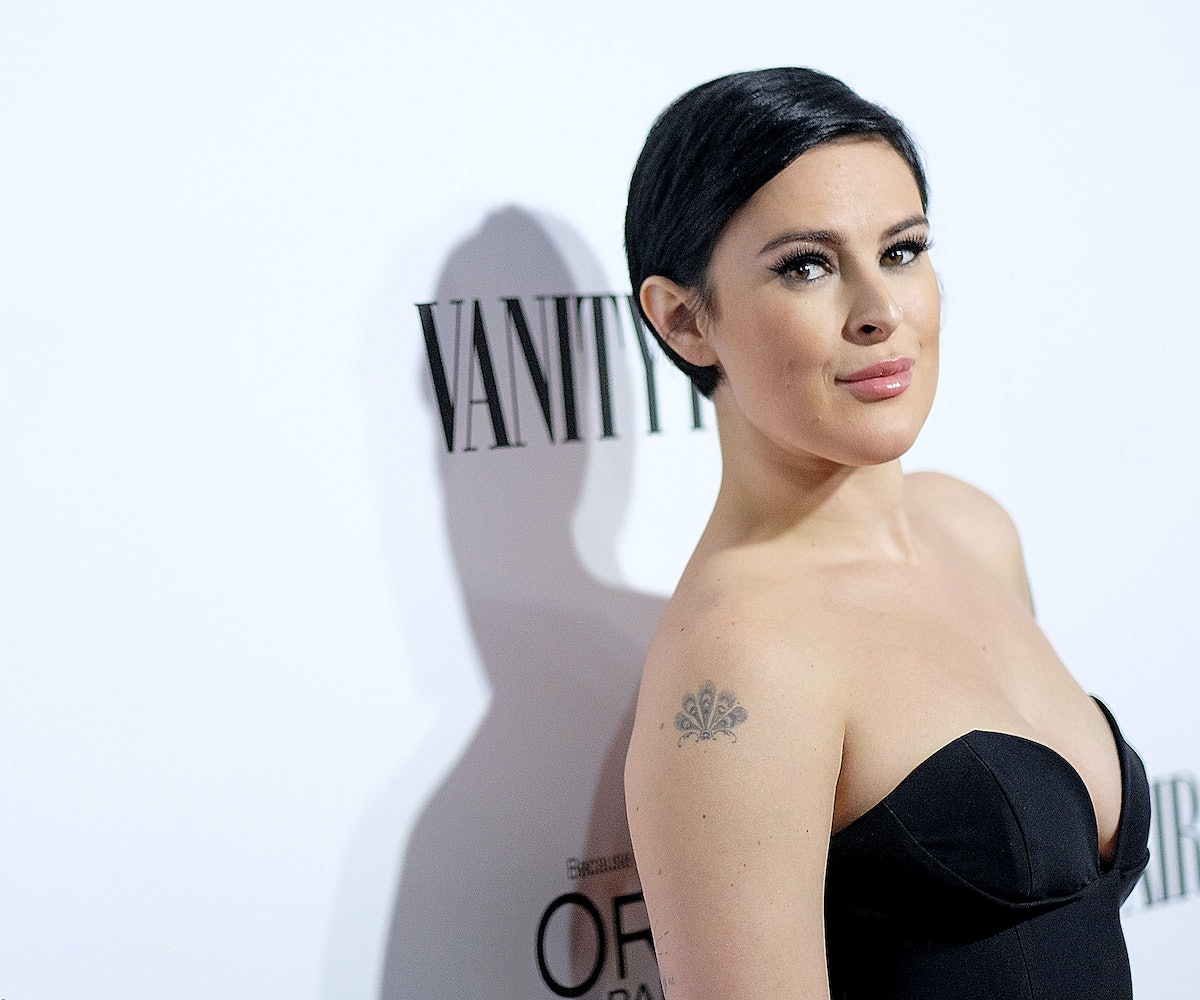 photo by Mike Windle / Getty Images
by Yasmeen Gharnit
May 4, 2016

After seeing a photo of herself and her two sisters, Scout and Tallulah, in the latest issue of Vanity Fair, Rumer Willis took to Instagram to call out the publication and photographer for allegedly Photoshopping her jaw to look smaller.

"Any friends of fans of mine who posted this I would appreciate if you took it down," she wrote. "The photographer Photoshopped my face to make my jaw smaller and I find it really offensive for anyone to try and change the way you look so drastically. I love the way I look and I won't support anyone who would feel a need to change the way I look to make me beautiful," she continued. "Whether or not they realize it, it is a form of bullying, which I won't stand for."

As the actress revealed on Dancing with the Stars, she has been criticized for the appearance of her jaw her entire life. "People would say I looked like a man or something called a 'buttaface,' which means everything good but her face, or potato head was the big term that everyone used a lot, basically making fun of the way I looked," she said. "For years I thought 'Maybe I can get plastic surgery... If I change my face or get really skinny, that will be it, that will be the answer.' And it's not."

The photographers, Mark Williams and Sara Hirakawa, released the following statement to The Cut:

The retouching that was done to the photograph was only done to resolve some distortion with using a wide angle lens for a group shot, and not to alter or modify anyone’s face. We used a wide angle lens, and it might’ve made Rumer’s chin look smaller from the higher angle that we shot the image.  We did correct for the optics of the lens slightly as people’s heads get distorted through the wide angle lens. We certainly did not intend to change the way she naturally looks. Our intention was to capture the special bond between Rumer and her sisters.

It saddens us that Rumer feels the way she does about the image and hope she understands that there was never any intention with it to alter her appearance.

We should make clear that this image was an outtake and was not published in Vanity Fair or vf.com nor did they ever see it.

It's no surprise that Photoshop is both a blessing and a curse, and that it's nearly impossible to avoid the use of it in any printed artistic medium. But it obviously shouldn't be used to morph subjects and perpetuate traditional beauty standards. Following similar stories from Zendaya, Kerry Washington, and Iggy Azalea, hopefully, the industry will reconsider the way that it utilizes the tool.