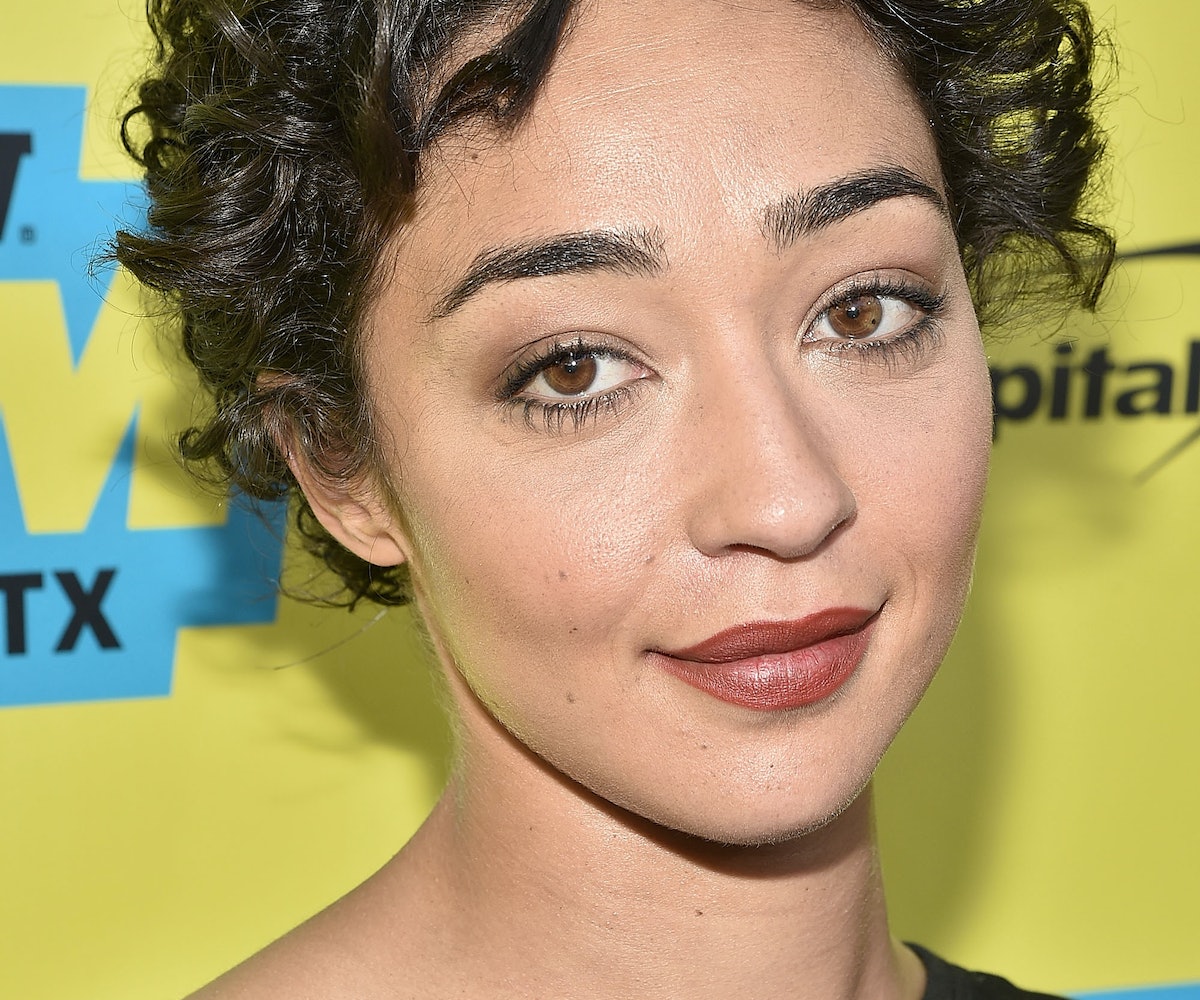 Ruth Negga isn't ready for the spotlight, but come November she may not have a choice. In Jeff Nichols' Loving, Negga plays Mildred Loving, who along with her husband Richard (played by Joel Edgerton), changed the course of marriage in America by defending their interracial union against the state of Virginia. In 1967, the case went all the way to the United States Supreme Court, but despite the historic decision that followed, the Lovings were humble people who never actively sought attention.

Negga—who's been acting steadily since 2004 up until her breakout role in AMC's Preacher earlier this year—is also uninterested in the fame that follows people who do extraordinary things. But with Loving set for a November 4 release, the Ethopian-born, Irish-raised 34-year-old will be thrust into a Best Actress race that already includes the likes of Emma Stone, Natalie Portman, and Amy Adams. We spoke to Negga in Toronto, where Loving had just screened to another standing ovation (the first was at this year's Cannes), about why the Lovings' story is still so important, diversity in Hollywood, and her journey ahead.

How much did you know about the Lovings’ story before you got the part?

I'd read a story about it and I was just interested. Then I went down this rabbit hole and I saw all these excerpts from Nancy Buirski's documentary on the internet. So that was way before I heard that Jeff was making a movie. Lucky enough, Francine Maisler, who's an amazing casting director, put my name forward to Jeff. He sent a couple of scenes and Nancy's photos. So I studied that for my audition and when I got the part, it became a sort of Bible.

Not many people are aware of the Lovings’ plight. Do you hope this film shines a light on their story?

Absolutely. I think Jeff's film celebrates these two in a beautiful way and I think hopefully school kids will... Mildred and Richard's names will be dripping off their tongues.

It's a great example of people who don't think they have voices realizing that they can still affect change.

Definitely. I can't imagine how terrifying it must have been for them to take on.

Especially coming from where they came from.

Yeah, It's so overwhelming. That beautiful sort of montage when Richard's driving in the city, you just see him face this sort of overwhelmingness. I think that makes it all the more extraordinary—their perseverance and refusal to take no for an answer and their patience. I think it's inspiring because if you think no one will listen. This says ‘Think again because you can make people listen.’

Do you hope this film acts as a trigger for people who want to make a difference but who don’t know how?

I do, I do. It gives people the confidence to be themselves because the Lovings never tried to be anyone else but themselves. They're two of the most authentic people I've ever come across. I think that's a big thing because we're just subjected to, and bombarded by, ‘Why don't you turn into this type of person, be this or wear this, this will make you this person.’ I find it overwhelming.

Are you attracted to roles that celebrate diversity?

Yeah. It'd be weird if I wasn't. ‘I only play straight white males.’

Do you think Hollywood's doing a better job at telling those stories?

Yeah, I think it's people that are becoming a part of Hollywood or who refused to be sidelined who are telling their stories.

But there's still work to be done.

I think there is. These stories are being told by, people who, it's not easy, but they just keep doing it. Keep on speaking your speech.

Can you relate to Mildred's pull to the country and that need to be close to friends and family? As someone who travels a lot, I wonder if you're ever kind of pulled back to where you come from.

I was born in Ethiopia, but I spent a lot of my childhood in Ireland in the countryside. I totally have that pull towards the beauty of green grass, trees, and air and space and silence. That resonates with me completely. Sometimes if I get a bit overwhelmed I literally just think ‘Oh, I can just get on a flight home.' Then I think, that's something Mildred couldn't do. That's only just occurred to me.

Are you still adjusting to the attention that this role has garnered for you personally?

I think it sounds really naive, but not all actors become actors to have a traveling spotlight on them.

But sometimes it's an inevitability of the job.

Yeah, I think you've got find the enjoyment, and for me the enjoyment is that I owe a contribution to these two human beings and to clue people in. In many ways, Mildred and Richard would have hated it, but I think that she deserves it, and he deserves it.