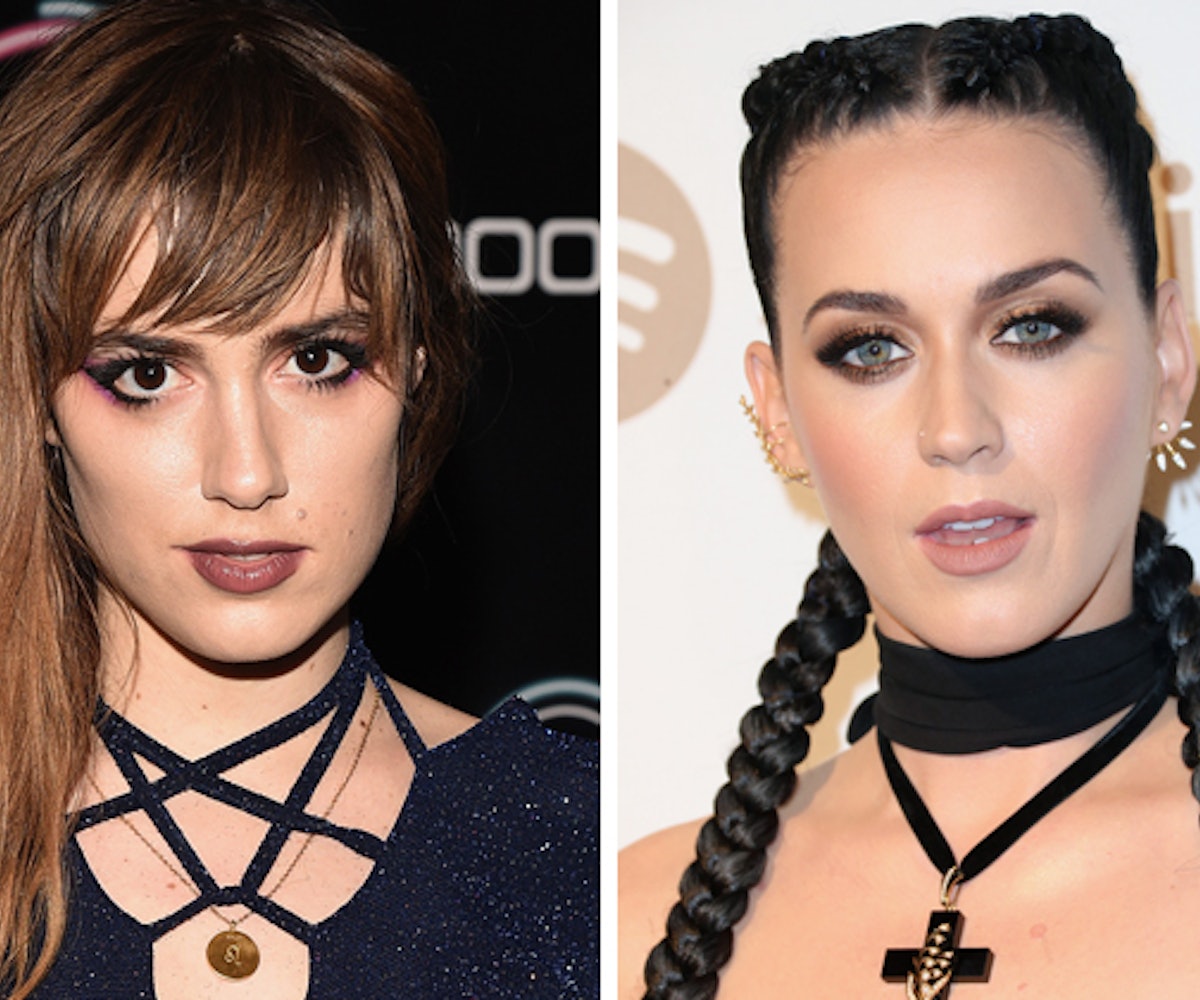 Last night, indie pop singer Ryn Weaver randomly made some accusations about Katy Perry. In a series of tweets, Weaver revealed that Perry has been a "bully" to her a number of times including repeatedly glaring at her during shows, tearing her down, and pretending she "didn't even exist" whenever they came in contact. Weaver also subtweeted Perry's endorsement of Hillary Clinton and called her a "paid puppet." If you're thinking this came out of nowhere, Weaver tweeted an answer to that: "Only shared a real life industry bully story because people asked."

Perry has yet to respond, but swarms of her stans attacked Weaver. Some insisted that Weaver was lying and jealous of Perry's higher star status while others retorted that she was acting like a bully herself. "Trying to be relevant doesn't happen at 3am," Weaver replied. "Truth does tho."

This might be the most straightforward outcry against Perry, but it certainly isn't the first one. You might recall Taylor Swift's hit single "Bad Blood," wherein she subtly called out Perry for repeatedly (and passive-aggressively) dissing her at award shows and sabotaging her tour. In an interview with Rolling Stone, Swift said "We're just straight-up enemies." Naturally, Perry responded in a tweet that said "Watch out for Regina George in sheep's clothing."

We just hope one day, in the not-so-distant future, that these chart toppers will retract the claws and support one another as some of the other most powerful and influential women in Hollywood do.

Read the tweets that have yet to be removed from Weaver's account, below. (The rest can be viewed in the form of screenshots here.)