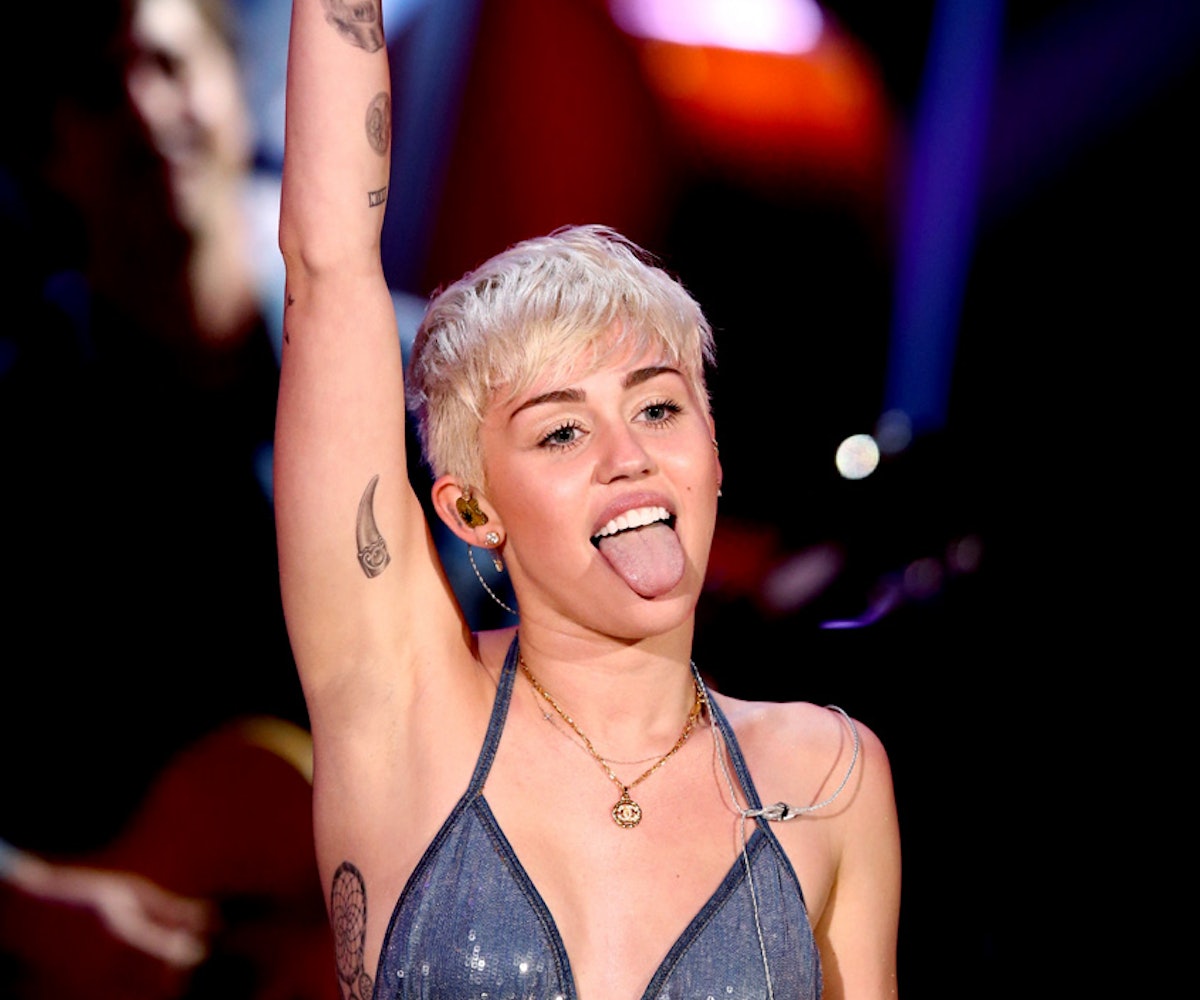 It's ironic, but frequently, in an effort to be unique and different, people tend to adopt the same aesthetics. So, as tattoos become more widely acceptable in and out of the workplace, it only makes sense that like-minded individuals would end up getting a variation of the same ink. Hollywood's go-to? The Sailor Jerry anchor.

According to Sailor Jerry's website, the anchor symbolizes stability and security, which is why true sailors used to write "Mom" or the name of their sweetheart across the anchor. Almost every badass celebrity has it—from Miley Cyrus to Kate Moss—and has put their own spin on the classic body-art staple. Click through the gallery to see their interpretations.

Lady GagaWhile on her Born This Way Ball tour in 2012, Gaga stopped at Amsterdam Tattoo Museum and got this anchor tatted on her ribcage by Henk Schiffmacher. She posted a picture saying, "New Tat. Stamp of His Mermaid," which is said to signify her relationship to now-fiancé Taylor Kinney, as they met while filming her "You & I" music video—in which Gaga was a mermaid.

Kelly OsbourneIn 2010, Osbourne revealed to Closer that she regretted a lot of her tattoos. "Some still have a special meaning, like the matching ones my brother Jack and I have of each other's names," she said. "But I now feel like some were a mistake." She has since removed multiple tattoos from her body over the years, but her colorful anchor tat remains a constant.

Miley CyrusWhile on her Corazon Gitano tour in Brazil in 2011, Cyrus stopped in to get an anchor tattooed by Fabio Satori. According to Pop Tats, Satori spoke about the meaning behind the tattoo, saying, “Everyone had an idea in mind and references. She asked me something soft, I made two drawings and she chose one. Miley told her mother that she wanted something that refers to a safe port, something that reminded her that she always has a safe place to return to. The significance of the design is one of hope and a reminder to always have your feet on the ground.”

Amy WinehouseWith the words "Hello Sailor" emblazoned on top and bottom of the anchor, Winehouse's tatt was as cheeky and bold as she was.

Zoe KravitzA self-proclaimed "tattoo addict," Kravitz has a delicate rendition of the SJ anchor on her bicep.