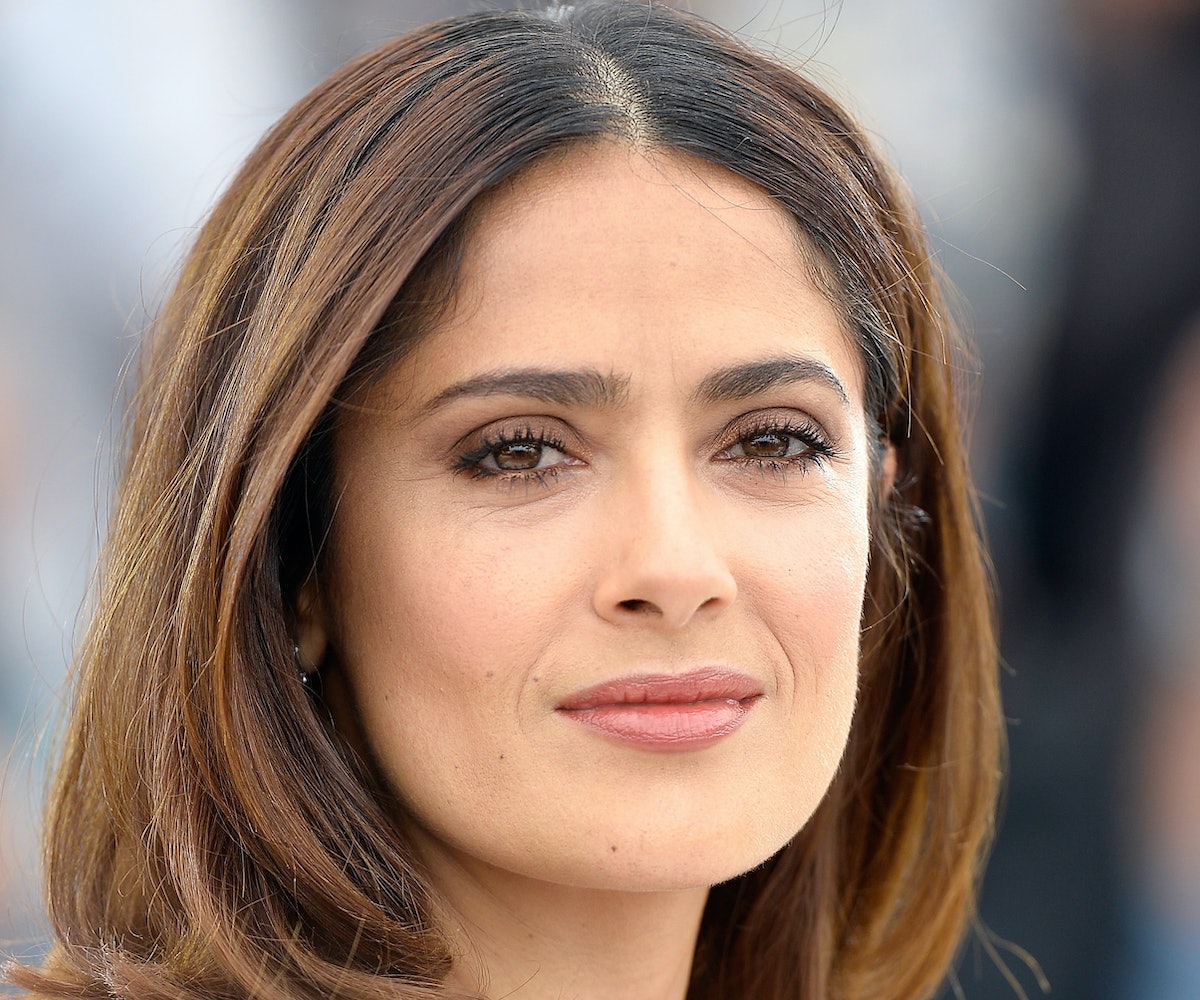 Photo by Pascal Le Segretain/Getty Images
by Sandra Song
May 14, 2018

Amongst the myriad of women who accused Harvey Weinstein of sexual misconduct was Emmy-nominated actor Salma Hayek, who wrote an essay for The New York Times last December detailing her troubling interaction with the disgraced producer.

Hayek alleged in her essay that while filming 2002's Frida, Weinstein tried to get her to have sex and shower with him. She also claimed that he blackmailed her into doing a gratuitous nude scene and threatened to kill her. At the time of her op-ed's publication, Hayek's claims were denied by Weinstein's lawyers.

Hayek has now addressed his response—hypothesizing that he denied her allegations because she is a woman of color. According to Variety, Hayek said at the Cannes Film Festival's Women in Motion panel that women of color "are the easiest to get discredited." Because while dozens of women have accused Weinstein of harassment and abuse in the past few months, Weinstein only issued direct statements denying her and fellow actor Lupita Nyong'o's claims.

"It's a well-known fact," Hayek continued. "He went back, attacking the two women of color, in hopes that he could discredit us.”

Nyong'o, who also wrote an op-ed for The New York Times detailing the incident in which Weinstein sexually harassed her while she was still a student at Yale, was also shut down by Weinstein's camp, who said he had "a different recollection of the events."