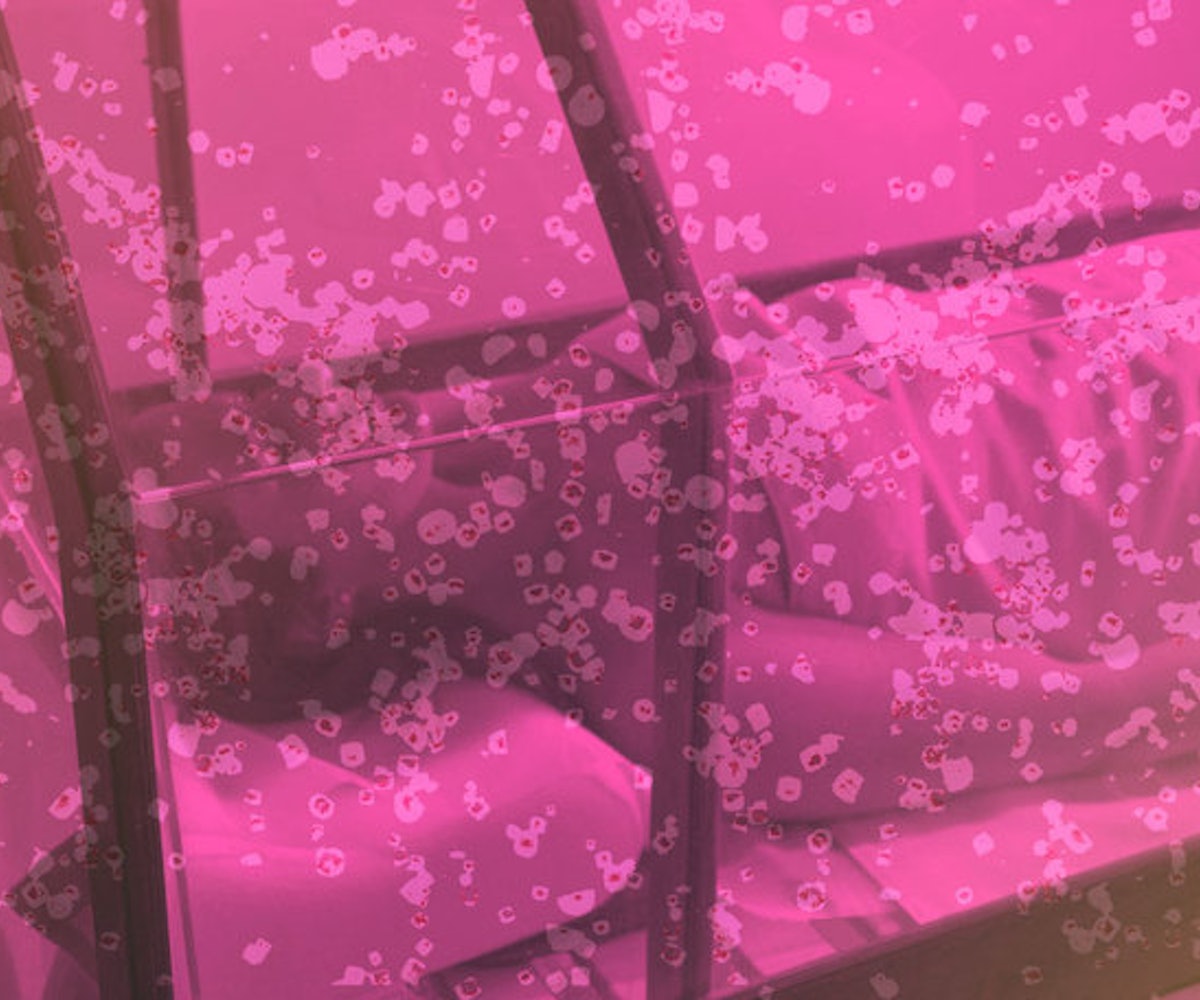 Less than 24 hours after I landed In New York City from Hong Kong, I found myself in a pink-tinged room Uptown. I’d spent less than a week in the foreign country and more than 15 hours traveling from said location home. I was jet-lagged, discombobulated, and in the beginning stages of a cold. I needed vitamin C or sleep or... something. I opted for a room filled with salt instead.

There’s a disclaimer you have to read before entering Breathe Easy, a dry salt therapy spa in New York City. It outlines that, though halotherapy (the practice of breathing dry, salt-saturated air in a closed room) has been widely practiced throughout the world and studies have proven it to be beneficial, the FDA hasn’t given it the authorized thumbs up as a medical treatment. So, take the claims with a grain of pink Himalayan salt, if you will.

The process stems from a “halogenerator,” a machine that pumps out microscopic particles of salt which help in “detoxifying the respiratory system, healing skin conditions, promoting better breathing, sounder sleep, and overall wellness,” according to Breath Easy’s website. It goes on to list conditions halotherapy can help alleviate, including allergies, psoriasis, sleep apnea, ear infections, and more. Those are a lot of claims for an experience that essentially involves lying down in a beach chair for 20 minutes. I was skeptical, but game.

There are two options you can indulge in: the salt room or the salt bed. I experienced a little bit of both. I lounged in what they refer to as the cave for a couple of minutes, then was guided to the salt bed chamber, which is basically a futuristic-looking pod (like from Passengers, the Jennifer Lawrence-led film nobody saw) that works to provide a more concentrated experience. You can go in fully clothed or partially and, similar to the actual room itself, simply lay down for around 25 minutes. “It’s like entering a self-tanning bed,” Debra, one of the Breathe Easy employees, explained. “It’s similar to meditating,” she added, after instructing me to breathe in deeply through my nose and out through my mouth for the duration of the time.

I’ve never been in a tanning bed before because, well, I’m black. I’ve tried meditating several times before, it’s not my thing. I want to be good at it, but my mind wanders way too much. Given my lack of experience in both departments, after about 10 minutes in the chamber, my breath started to shorten, my eyes popped open, and I started to become restless. I drifted in and out of sleep and, at one point, decided that I would be more comfortable lying on my side; I then dozed off into a deep slumber.

When the halogenerator cut off 15 minutes later, I was well-rested and ready to leave. When you enter the cave, you’ll notice that the chairs are coated with a light dusting of salt and your clothes will be, too, after you exit. Don’t wear dark colors if you care about it being noticeable or are worried about not being able to shake it all off before stepping back into the real world. It’s not a big deal, but it’s something worth noting. Another thing is your lips will taste faintly of salt afterward. Really, your whole body will be left with a coating once you leave. It’s not uncomfortable by any means but, again, worth noting.

As for the results, I can’t say I felt all that different. I felt more relaxed for sure, I slept more soundly than usual that night, and given the smog that surrounds me daily while living in New York, I can’t help but think I did my lungs a favor (halotherapy is popular with athletes who use it to enhance their lung capacity). I do feel like my impending cold may have been chased away for the time being also. But Debra says you won’t, really, be able to notice any changes unless you visit regularly. If you have the $150 to shell out for a five-room session, it’s definitely worth checking out. And even if your sinuses don’t clear up or your eczema doesn't go away, the space is basically Instagram double-tap clickbait. So, at least, you’ll get some likes out of it.