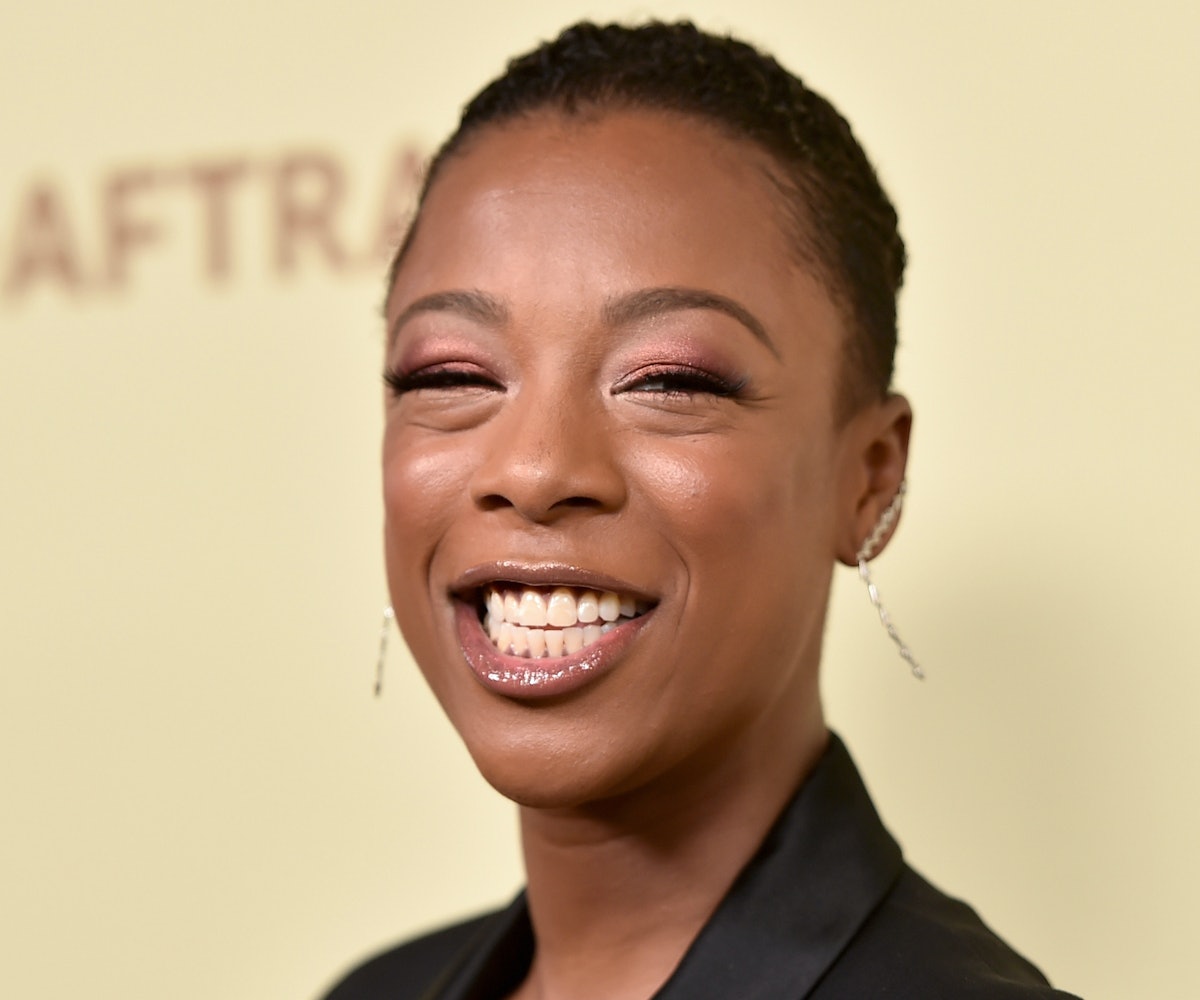 During the first season of Orange Is the New Black, Samira Wiley was not openly queer in the press. The actress admitted during a recent WNYC Nancy podcast that the decision to come out publicly was not actually a choice she got to make for herself.

"First season, I wasn't out at all," Wiley said during the podcast. "Someone from my cast, actually, they were doing an interview when they were talking about out gay actors in the cast, and they mentioned my name, and I saw it in print, and I cried, I cried a lot." Wiley did not name the member of the cast, continuing to elaborate on how difficult it was for her to process being outed while in the spotlight.

"And I, like, tried to get it taken down and, look, I had a journey," Wiley added. "It was not all always super-open-hearted and like I’m a gay, gaymo." And while the choice of coming out on her own terms was taken away from her, Wiley credits playing Poussey, an openly lesbian character, with helping her become comfortable with herself. "I think falling in love with Poussey, which is a real thing that happened to me, helped me fall in love with myself," she explained.Last year, Wiley married her partner and OITNB writer, Lauren Morelli.

“Everyone’s journey is their own, you should be able to come out on your own terms,” Wiley said, and she's right. Even if you may be open about your sexuality, others might need a little time to get there.