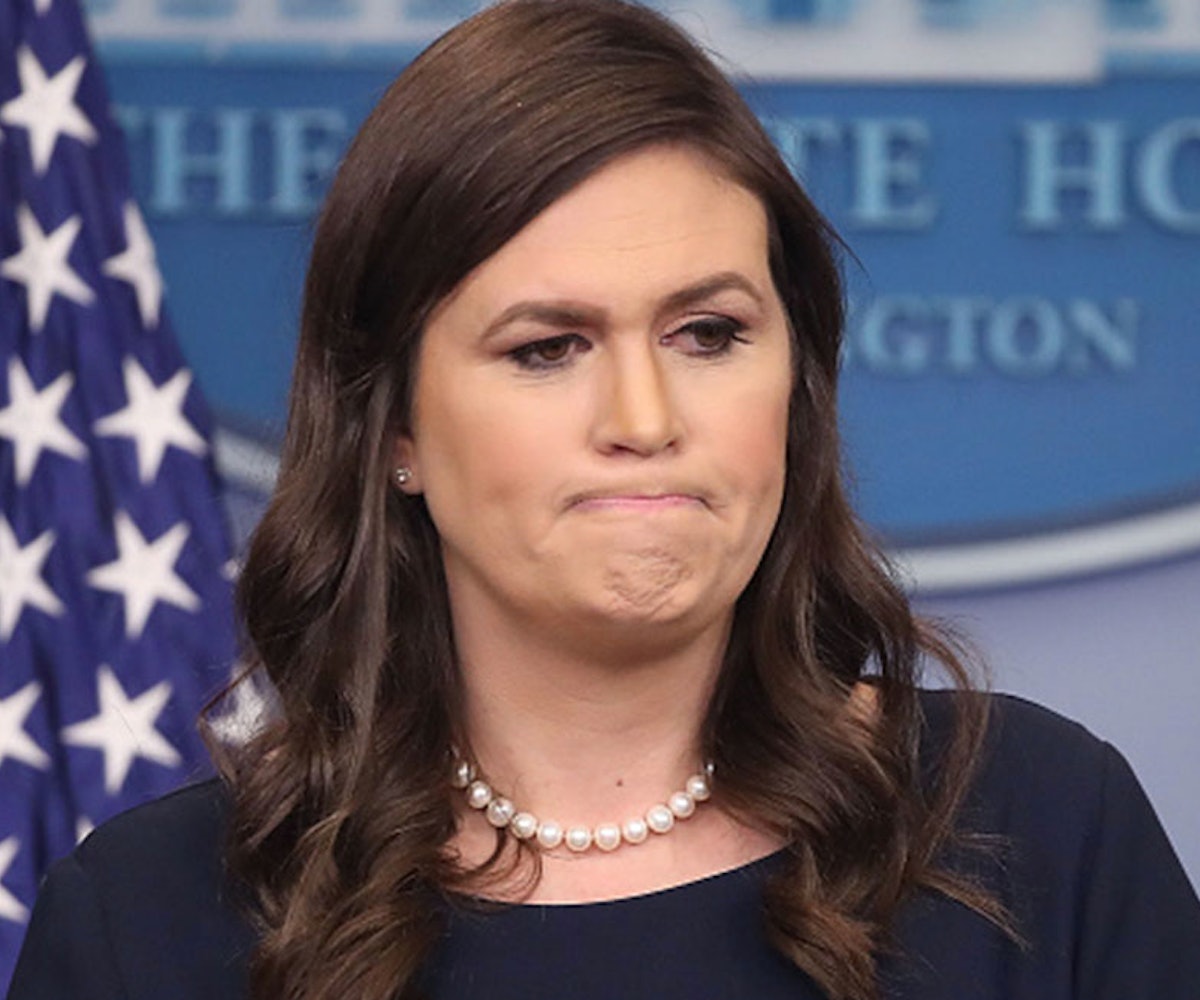 While Donald Trump was tweeting about banning transgender people from the military, Sarah Huckabee Sanders was busy selecting the perfect letter to read in the beginning of today's White House press briefing. In a rare on-camera appearance, she announced that she'd be reading letters at the start of some briefings "to remind us a little more often of some of the forgotten men, women, and children that we're here to serve and that the president is fighting for."

To "kick it off" Sanders read a letter from nine-year-old Dylan. "My name is Dylan, but everybody calls me Pickle," she read from the completely real, not at all fake letter. "I'm nine years old and you're my favorite president. I like you so much that I had a birthday party about you." (Brief pause to imagine how unsettling a Donald Trump-themed child's birthday party would be.) "My cake was the shape of your hat," Dylan continued.

Then he asked how old Trump was and how big the White house was, prompting Sanders to rattle off an unusually long list of factoids about the property. For instance, I now know it takes 300 gallons of paint to cover the exterior. And I guess so does Dylan, because what nine-year-old doesn't spend his time watching the daily White House press briefing?

When Dylan asked how much money Trump had, Sanders' answer was a lot more brief. "I know it's a lot," she said.

"I don't know why people don't like you," Dylan writes, because even a nine-year-old knows that nobody likes Trump. "Can we be friends?"

Sanders says Trump would be "more than happy" to be Dylan's friend. Then she offers to take Dylan on a tour of the White House with the enthusiasm of someone who definitely doesn't want to do that.

After the strange display of propaganda, Sanders threatened to end the briefing early if reporters asked about Trump banning transgender people from the military.

Daily reminder that none of this is normal.