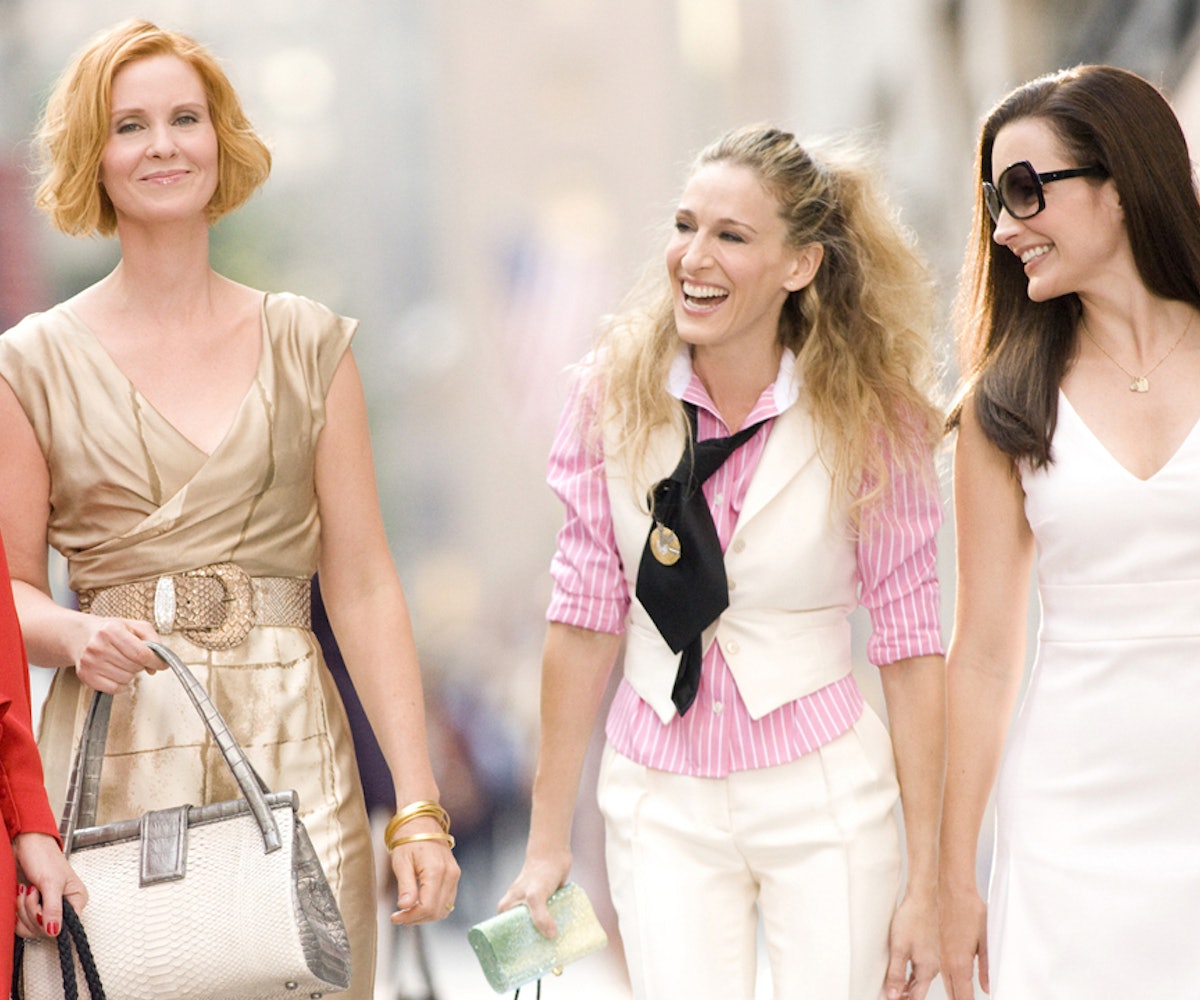 Was Sex and the City all a dream? While appearing on the Nerdist podcast to promote her upcoming HBO show Divorce, Sarah Jessica Parker suggested as much, when she admitted to wondering if "Samantha, Charlotte and Miranda were real." Wait, what? First of all, the very nature of reality is slippery when we're talking about a scripted show. Of course they weren't real, but that's not what SJP is getting at.

Parker's hypothesis is that perhaps Samantha, Charlotte, and Miranda were figments of Carrie's imagination. "We don't know if any of that stuff that happened is real," she said. "What we are seeing isn't necessarily what happened in New York." Instead, she thinks that rather than drinking cosmos at Manhattan's glitziest hot spots, Carrie was actually at home in her pajamas drinking tea, and writing about those imaginary escapades for her column.

“They’re such perfectly archetypal characters,” Parker continued. “So you’re writing a column about sexual politics and observations of female/male, primarily, heterosexual relationships, so you’re picking one type. You’re saying, ‘This type is this and this,’ and then you complicate it more, like any good writer does. So I’m not entirely sure they are real.”