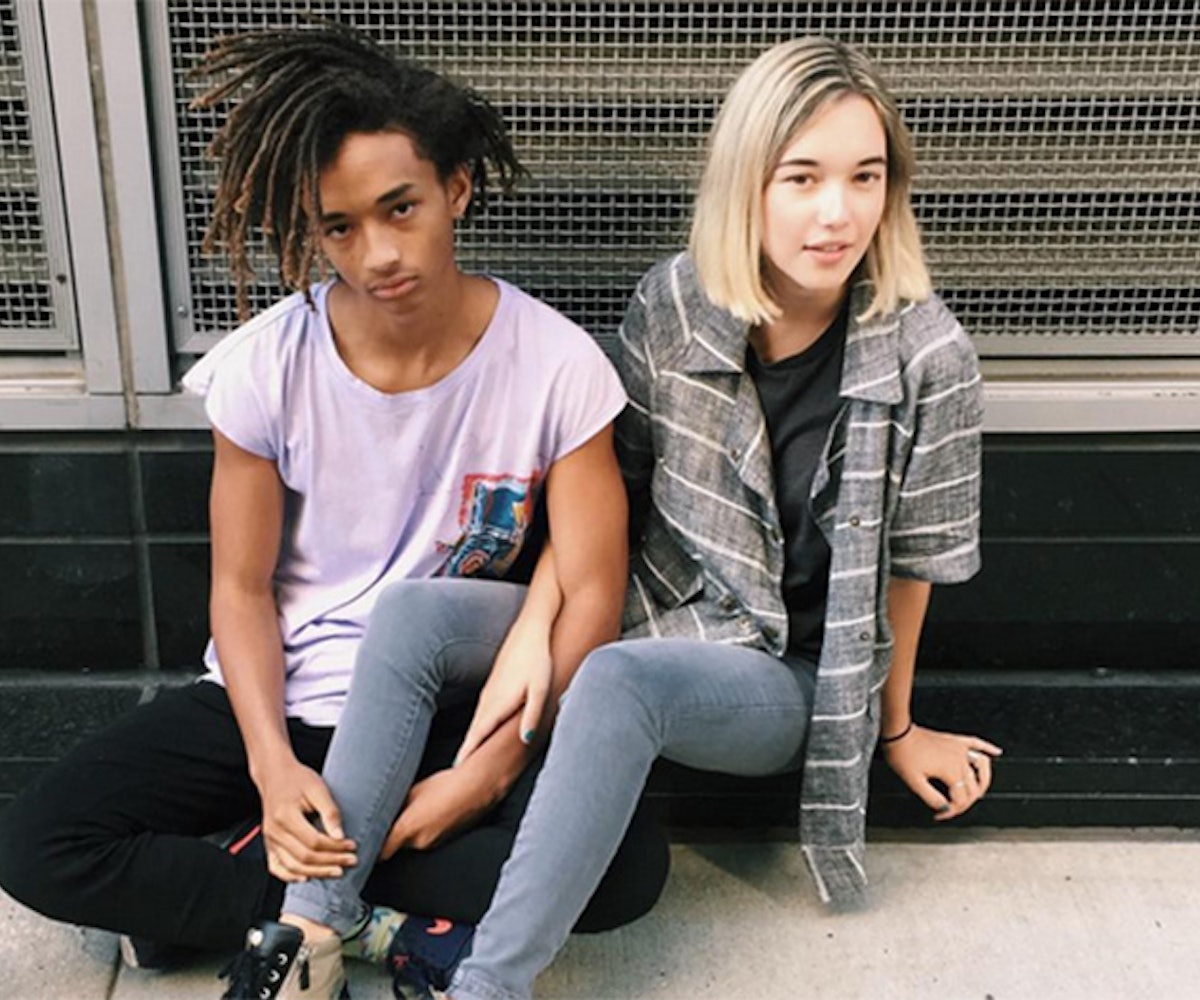 Last week, the name Sarah Snyder probably didn’t ring a bell for you. Was she someone from grade school? No, she’s (most likely) not. She’s dating Jaden Smith and is on her way toward Instagram fame. Oh, and she allegedly shoplifted a $15,995 Hermès bag. Bling-ring alert!

According to the Bedford Police Department in New York, Snyder swiped the bag back in June. She was released on bail, but the bag has yet to be found. Now, she’s parading around Fashion Week with the little Smith, soaking up as much truisms as possible. He’s working on a death metal project with Cody Simpson. It’s apparently “lit.” Perhaps we’ll hear a Snyder-inspired song on it! At the very least, peep Snyder’s Instagram to get a better understating of the being that has taken Jaden’s fancy. There’s bound to be come existential meaning behind the nearly 190 photos of herself.