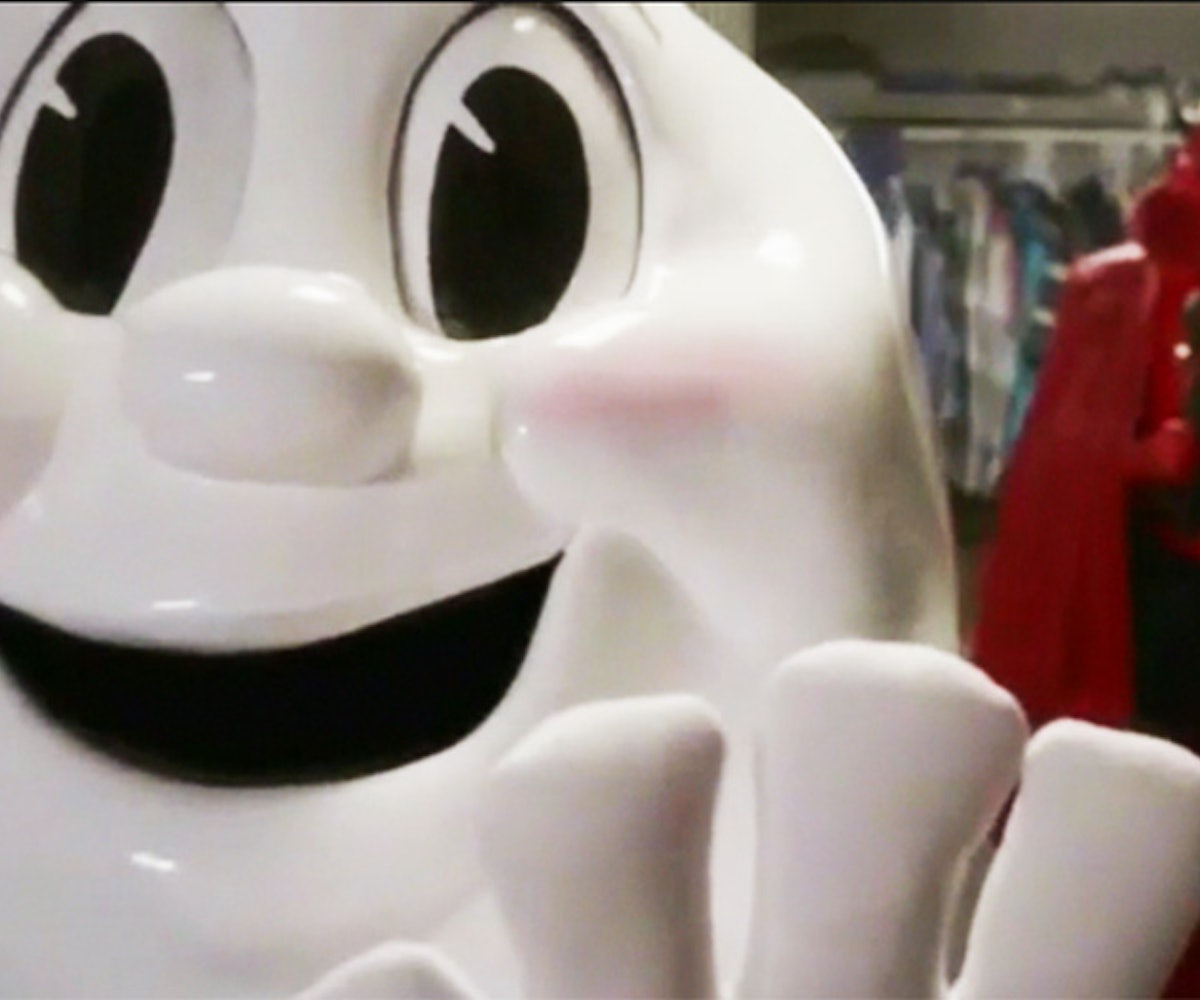 Not only did last night’s episode of Ryan Murphy’s camp-tastic new series Scream Queens manage to squeeze in pig roasting, Eiffel Towering, and sex-positive sorority girls within the first five minutes, but it packed in some super-gruesome death scenes. Sex! Violence! On TV! What a time to be alive.

Sure, seeing one of the frat brothers get not one, but both of his arms chainsawed off was a little off-putting for a television show rated TV-14, but that guy had it coming. The poor school mascot, however, did not. Since The Red Devil is now the campus’ resident serial killer, the dean decided to retire the horned one and introduce an ice-cream cone named Coney as the school's new mascot. Poor Coney didn’t even last a day. After a delightful little monologue about how free he was to to be a total d*ck to anyone and everyone because he was costumed, he met his end in his sad, windowless dorm room. There, the Red Devil was waiting with his chainsaw, and lo and behold, off went Coney’s head. I scream no more.