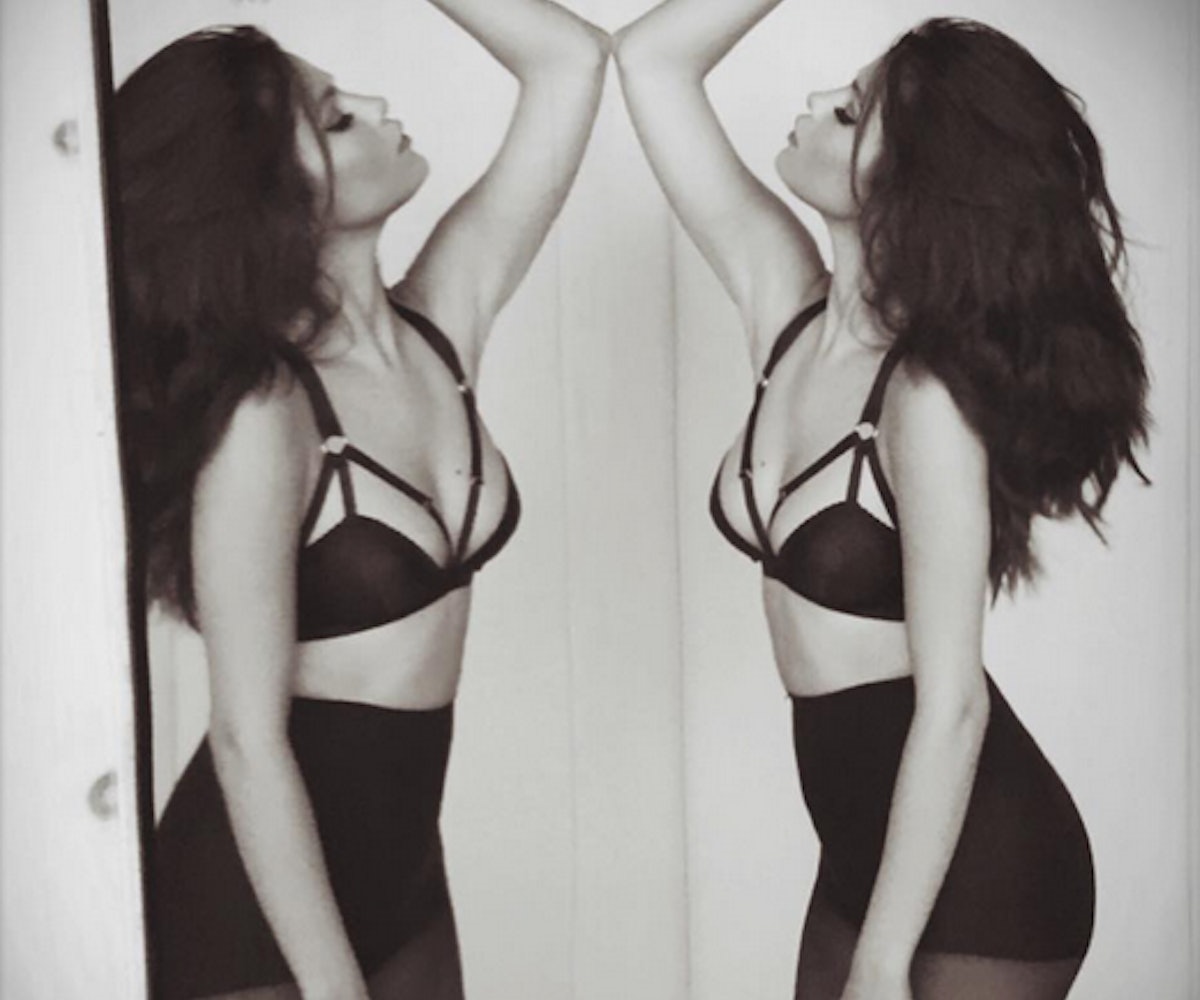 When Selena Gomez debuted the cover of her new album, Revival, it was pretty clear that the 23-year-old pop star was ready to reveal more about herself. And after her radio appearance on The Cruz Show today, we know that the singer is embracing her maturity with inspiringly unabashed self-love and acceptance.

Gomez revealed that the past two years have put her through a hard time, but she’s still come out fighting. And since signing with a new record label and working with a new team of producers, the singer has found a way to open up through her image. “They were really understanding that I was fed up with everything,” she said. “I was crying in the studio. Then I was happy in the studio. I recorded the best songs of my career in the studio. It was such a time for me to explore who I am.”

In that difficult time of reflection and acceptance, Gomez also had to face something that every woman—celebrity or not—has to deal with in her life: body image pressures. “You have to understand that I dealt with a lot of body-shaming this year and I've never experienced that before,” she said. “I don't care about that stuff, but I did start gaining weight, and I didn't really mind it...Man, that hurt. That was really hurtful.”

Yet despite the negativity that she was faced with, she decided to focus on her music instead—and she hopes that it shows through her album. "It's not even about my weight,” Gomez said. "I'm not going to let them get to me. I can do what I want. I'm not doing that all the time. It's beautiful. It represents that it's bare. I don't want diamonds and things all over me for the cover, and really thick makeup. I wanted it natural, so...geez!"

While Gomez is stressing natural beauty, she freely admits that her album cover was Photoshopped—so she at least acknowledges that perfection is unattainable in real life. But still, we’re refreshed to see a young star openly talk about body acceptance. And that’s what makes her more beautiful than ever.