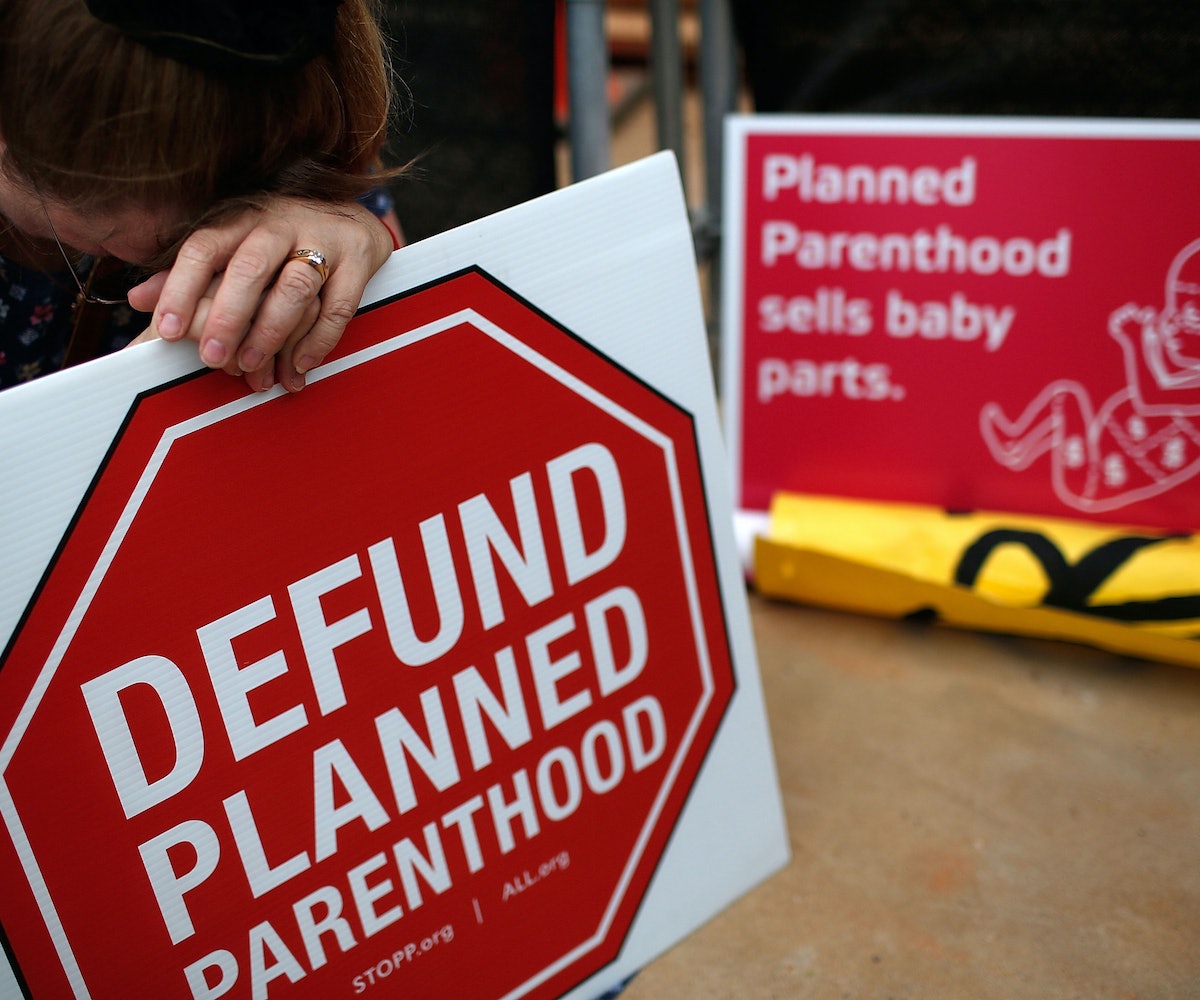 The United States Senate is currently voting along party lines to repeal the Affordable Care Act, also known as Obamacare, which would subsequently cut off government funding from Planned Parenthood. If the bill goes through (and it's expected to), President Obama will most likely veto it. And the Senate, which currently contains more Republicans than Democrats, does not have the supermajority needed to overturn that veto. The Senate knows this, but has continued to move forward, despite the fact that the veto will render the action pointless.

"The value is to let him know—the president—and others that there's a big division in this country, and a lot of us don't like it, and the American people don't like it," said Republican Sen. Richard Shelby of Alabama, NPR reports.

It's more of a symbol than anything—one that allows politicians to go on the record about their stance on abortion, which they can use in future campaigns. Defunding Planned Parenthood doesn’t technically mean an immediate end to abortion rights—but it does mean that lower cost options wouldn't be as readily available. Still, the party has become infatuated with cutting funding to the organization since those doctored videos came to their attention.

But why would the Senate move forward with this action just days after a Planned Parenthood was attacked? "Individuals who speak out for the life of children shouldn't suddenly be silenced by being screamed down because an insane person does a shooting in a clinic," Republican Sen. James Lankford of Oklahoma said, according to NPR. Yes, you read that right.

Not only are the Senate and the Republican party trying to send a message that they would like to take away some of our rights as women, they're also going against the country's majority opinion. According to a Pew Research Study published in September, 60% say that any budget agreement must maintain funding for Planned Parenthood. Adds the White House, “Repealing key elements of the Affordable Care Act would result in millions of individuals remaining uninsured or losing the insurance they have today. An estimated 17.6 million Americans gained coverage...The (bill) would roll back coverage gains and cost millions of hard-working middle-class families the security of affordable health coverage they deserve.”