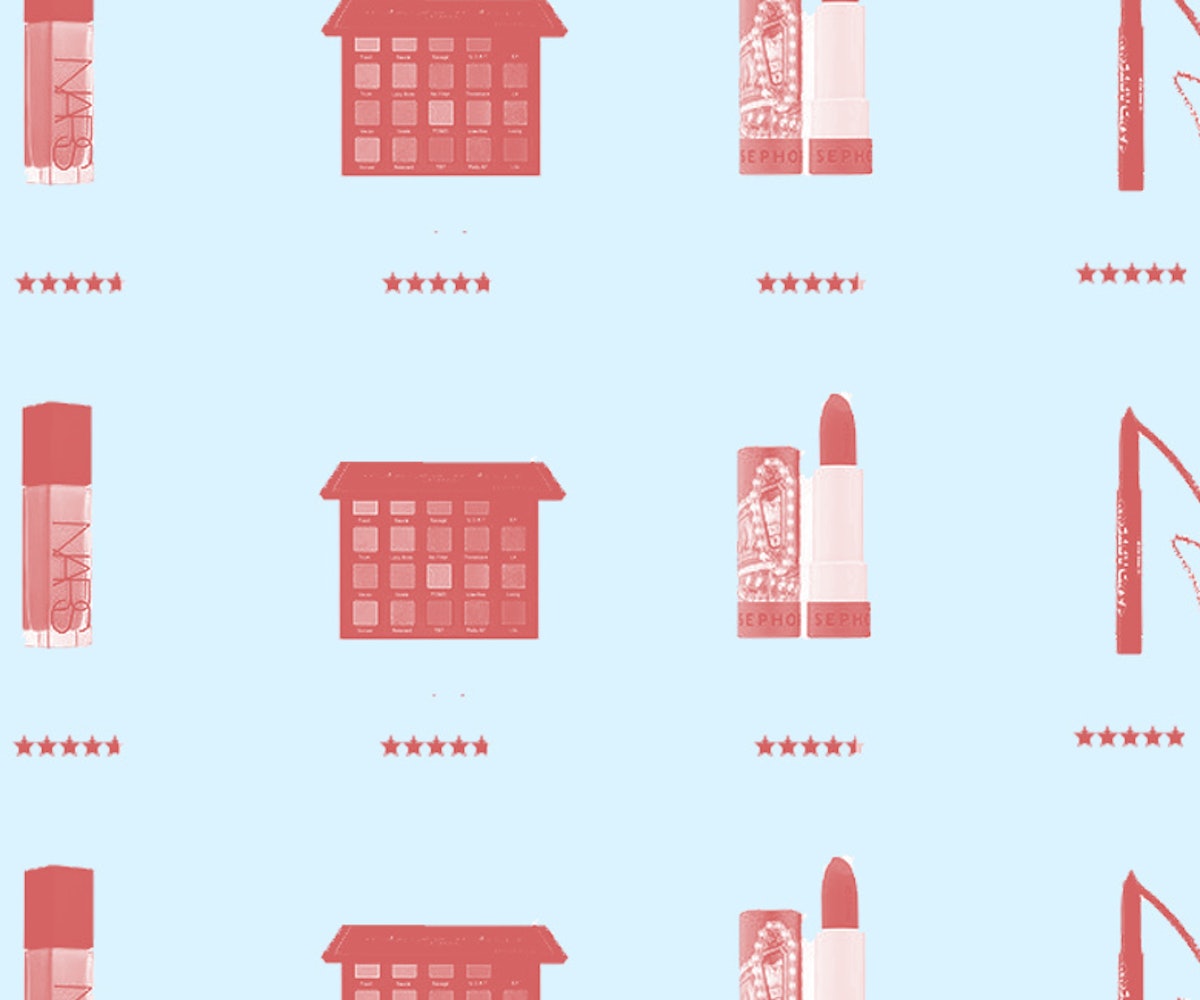 Everyone has their own self-soothing techniques, the things they do to rein in their runaway anxieties, to settle down the tumultuous state of their minds. Maybe you take a bath and have a glass of wine and listen to music. Maybe you go for a walk. Maybe you play with your dog. Maybe you scroll endlessly through your Instagram Explore feed. Maybe you meditate. That all sounds nice. Me? I read Sephora beauty product reviews.

It's funny because, lately, I avoid anything that could be construed as an internet comment section. It feels like there's too much risk in viewing unfiltered opinions, so quickly do these forums descend into ad hominem attacks and hyperbole. It's exhausting, really; it's boring, too. It all just feels like so much noise.

And yet, while I've found myself deliberately clicking away from an article before I scroll down to the comment section, and have welcomed the fact that fewer and fewer media outlets even have comment sections at all, I have also found myself seeking out the product reviews on Sephora, and over and over clicking the arrow in order to "see 6 more reviews." I do this for products I'm interested in buying, those cultishly beloved items that every beauty writer touts as being the one thing that saved their skin from flakiness, redness, irritation, an oily T-Zone, etc. But I also do this for products that I have no interest in buying, just because I love to see all the different ways there are to say, essentially, one of two things: This works for me or this doesn't work for me.

It's the "for me" part that I think makes these reviews so appealing. The intimacy of sharing how much someone cares about themselves, the extent to which they pay attention to their needs on a literally cellular level, is profound. The vulnerability on display, as user after user—the vast majority of whom are represented by the automatically generated avatar of a woman hiding behind her hair, her one revealed eye closed—shares their skin woes or beauty ideals, is compelling; reading these reviews is like watching people look at themselves in a mirror, and also being privy to the running narration happening inside their heads.

And what a narration it is! These comments serve as an illuminating reminder for anyone working in beauty-related media about what it is, exactly, that people want from a product review. Like, sure, sometimes, especially when it comes to fragrance, we want our beauty writing to be poetic; when done properly, the best beauty writing can stand up to any other form of art criticism, particularly since it often comes down to opinion, and that opinion isn't necessarily based in anything resembling a fact. But the same cannot be said for most product reviews. What we want most from a product review, it seems, is for a trusted friend, the one with the preternaturally glowing skin, to tell us exactly what her skin-care routine is. Does it matter if she has a background in beauty? No, not really. We just care about results. And that's exactly what these Sephora reviews offer, an almost infinite stream of results.

The results, though, vary—and often wildly. Even for acknowledged holy grail products, like Sunday Riley's Good Genes All-in-One Lactic Acid Treatment or Benefit Cosmetics' They're Real! Lengthening & Volumizing Mascara, the reviews can't help but be mixed. I'll read five- after five-star review about how this was the one thing that cleared out clogged pores or the single item that didn't end up fading after an hour's use, only to get stopped by a one-star review with a warning like: "Not impressed." Or, simply: "Don't."

These bad reviews are expanded upon, of course ("looks thin and flat but still manages to give you tarantula eyes" or "it felt like it was collecting dirt on my face"), but what I like about them is how matter-of-fact they are in their extreme stance. The same goes for the adoring reviews; they too skew toward hyperbole: "THE BEST" and "WOW" are often, and all in caps, used to talk about products.

The fact that one user can love something and imply that they'd sooner give up naming rights to their firstborn child than they would find out their favorite oil cleanser had been discontinued, while the next user was so scarred by the smattering of acne that popped up on her formerly smooth cheeks after using that same cleanser that she threw the offending bottle in the trash and then immediately wrote a scathing review, is endlessly fascinating to me. It's a welcome reminder of the ways in which we all have unique responses to common experiences, of how the presence of uncontrollable variables makes it impossible to predict an individual experience.

If you look at the top of the Ratings & Review section on each Sephora product page, you can see exactly how many five-, four-, three-, two-, and one-star reviews were left. Some products are extremely heavy on the five-star reviews, and then they trail off as the star numbers decrease. These products wind up having overall four-star reviews. But often you see a reverse bell curve, where the five- and one-star reviews are most populous, with far fewer reviews in the middle. These products also wind up having four-star reviews. The four-star review, then, is a strange paradigm; it signifies something that is close to great, though not quite there. It also signifies something that is loved and hated in equal measure, but those opposing passions join together in a way that declares to the world: Everything is pretty good, not perfect, but almost there.

It's these endless four-star reviews that keep me scrolling through Sephora during those times when I need something to distract me from the rest of the world. They're a reminder that no matter how terrible or wonderful some experiences are for people, it all seems to average out to something better than okay. It's hard (not impossible, but hard) to find anything on the site that dips far below that four-star marker, just as it's hard to find anything that ascends to a full five stars. There's a dark side to this, of course, a reminder that even when something hurts someone—irritates eyes, reddens cheeks—if it works well for enough people, then the product is deemed to be good for the masses. It's the tyranny of the majority in action, it's the blurring of nuance in order to demonstrate some greater good. It's everything wrong and everything right with everything around us, and it's all right there, on infinite scroll, these glimpses into the ways people see themselves, the ways they wish to be seen. These reviews are my favorite meditation device then, a reminder that no matter how firm I am in the way I see the world, there are undoubtedly endless contradictory experiences.

And then also, sometimes, I am reminded of a new moisturizer I want to try. Maybe that helps soothe something too.