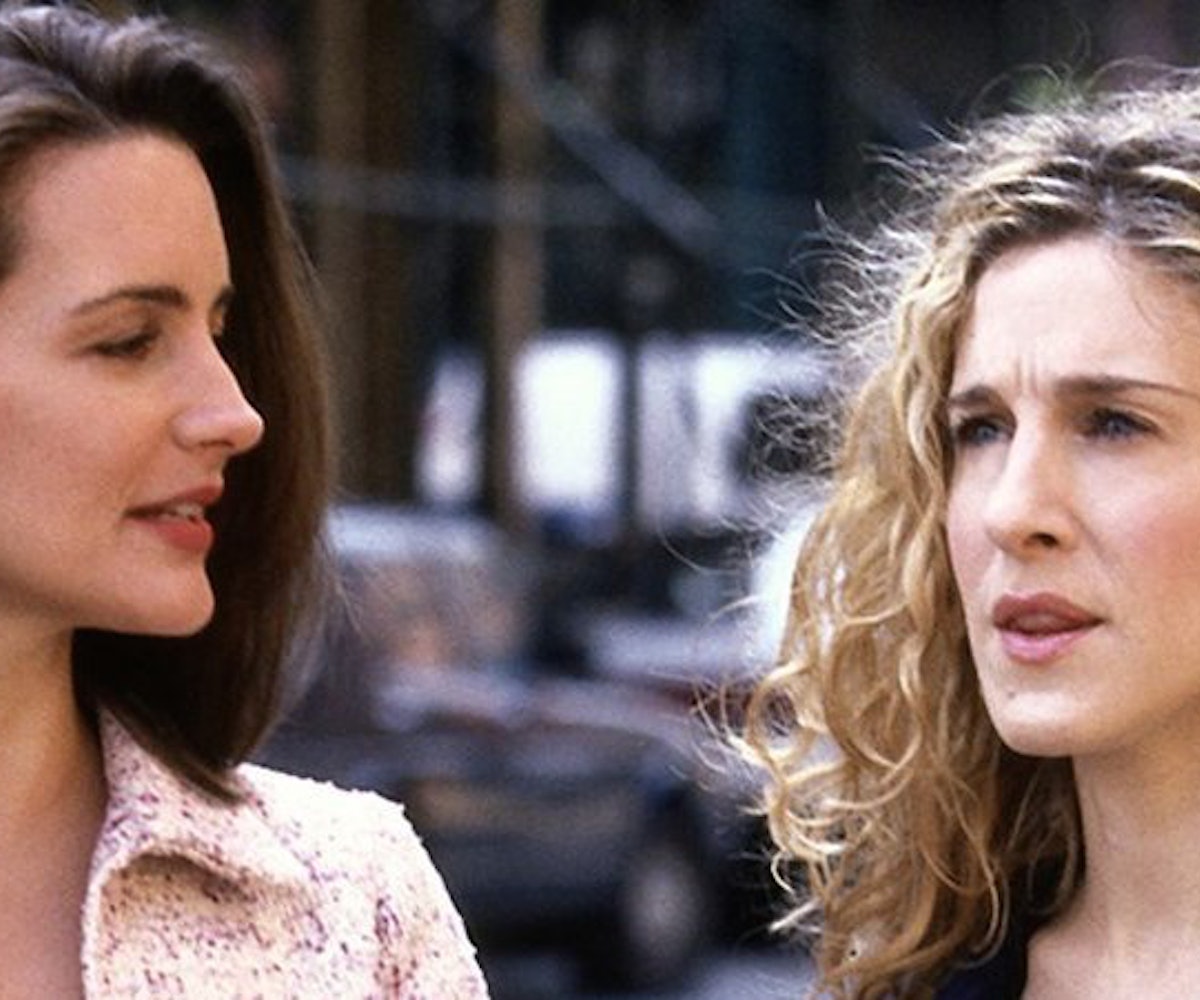 It's no secret that Sex and the City was one of the most brazen shows of its time. And while HBO may have given the show a lot of leeway when it came to what the characters could say or do, there was apparently one scene that was too much even for the creators.

In honor of the show's 20-year anniversary, creator Darren Star sat down with Vanity Fair to dish on the cringe-y contents of the cut scene—and, to be honest, it's so off-the-rails that it wouldn't be out of place in an episode of Girls.

In Season 1's "The Monogamists," Charlotte is seeing Michael, the Asshole Supreme who pushes her head down for blow jobs and has a dog named Butterscotch. In the final scene that did air, Charlotte chews Michael out for his blow job habits before leaving. However, according to Star, they originally shot a different ending. And it's... something.

"[Charlotte] walked back in and saw that his golden retriever was going down on him," Star said.

"It’s sort of horrifying that we shot that," Sex and the City producer-writer Amy B. Harris added. "We shot him putting peanut butter on his penis.. .and Charlotte walks back in like, 'Oh, I’m being unreasonable,' and then she sees that... I can’t believe we even thought about doing it."