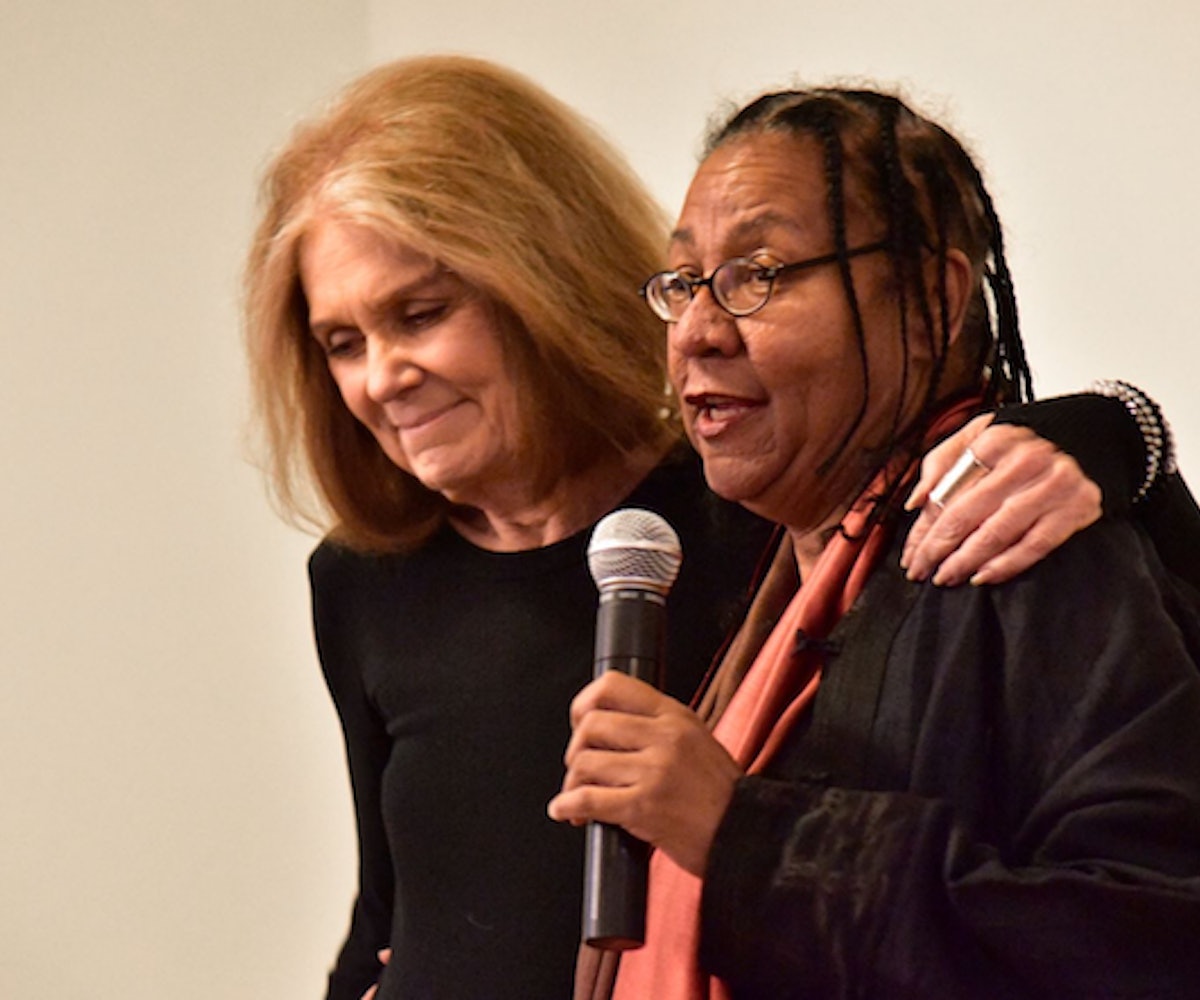 Ellen Page's powerful statement about sexual harassment and her experience with it from director Brett Ratner has rightfully gained a lot of attention, but there's one particular part of it that bears repeating: Sexual harassment disproportionately affects and silences marginalized women, who often don't have the same economic means, inherent social trust, or platform to come forward that cisgendered white women have.

While Page is not the first to point this out, it serves as an important reminder that privileged cis white women must not be the main face of the movement to confront systemic issues of sexual abuse. Activists like Marsha P. Johnson, Sylvia Rivera, Winona LaDuke, Miss Major, Audre Lorde, bell hooks, Anita Hill, Misty Upham, and many more have been leading the fight for women's rights and against sexual harassment for decades, walking this thankless, broken road for decades. Simply because we are now in a time when our culture seems ready to bring predators to justice and dismantle the systems that keep them in power, that doesn't mean that primarily wealthy cis white women should be prioritized over other victims and/or activists.

Page is quick to acknowledge her own privilege, writing:

As a cis, white lesbian, I have benefited and have the privileges I have, because of these extraordinary and courageous individuals who have led the way and risked their lives while doing so. White supremacy continues to silence people of color, while I have the rights I have because of these leaders. They are who we should be listening to and learning from.

Jane Fonda has also recently raised this issue, asking: Do we only care about Harvey Weinstein's victims because they're almost all famous and white? It's hard to see the answer as being anything but "yes."

Women of color and transgender women are much less often believed by authority figures, let alone the public at large, when they bring issues and allegations forward. Just look at the systemic violence against people of color and the trans community—how can we interpret that as anything but their lives being seen as less-than?

That's not to say by any means that cis white women shouldn't come forward with their stories. But we do need to examine carefully why it takes hundreds of rich, successful, powerful white women to bring down just a handful of powerful white men. And we need to stop erasing women of color and trans women from history and listen, really listen to those who are speaking today. Because for every powerful white woman who is able to step forward with her story, there are millions of marginalized women who may never be able to in their lifetimes, for fear of losing their jobs or even losing their lives.

If you are a cis white woman, remember that it's also not on women of color or trans women to tell you what you should do. It is not their job to help white women figure out how to be good people. They need to figure out for themselves what they should and shouldn't do. Maybe they can do this by spending this weekend doing some research and learn about Marsha P. Johnson and Shirley Chisholm and Fannie Lou Hamer and all of the other marginalized civil rights heroes you didn't know about. Maybe go to Black Lives Matter meetings. Let other people talk. Donate money or time or goods, if possible. There are lots of things people in positions of power can do every day to help elevate marginalized voices. But start by listening and standing up for women when they're being silenced. Just make sure to do it without speaking over anyone else, or standing in their way.