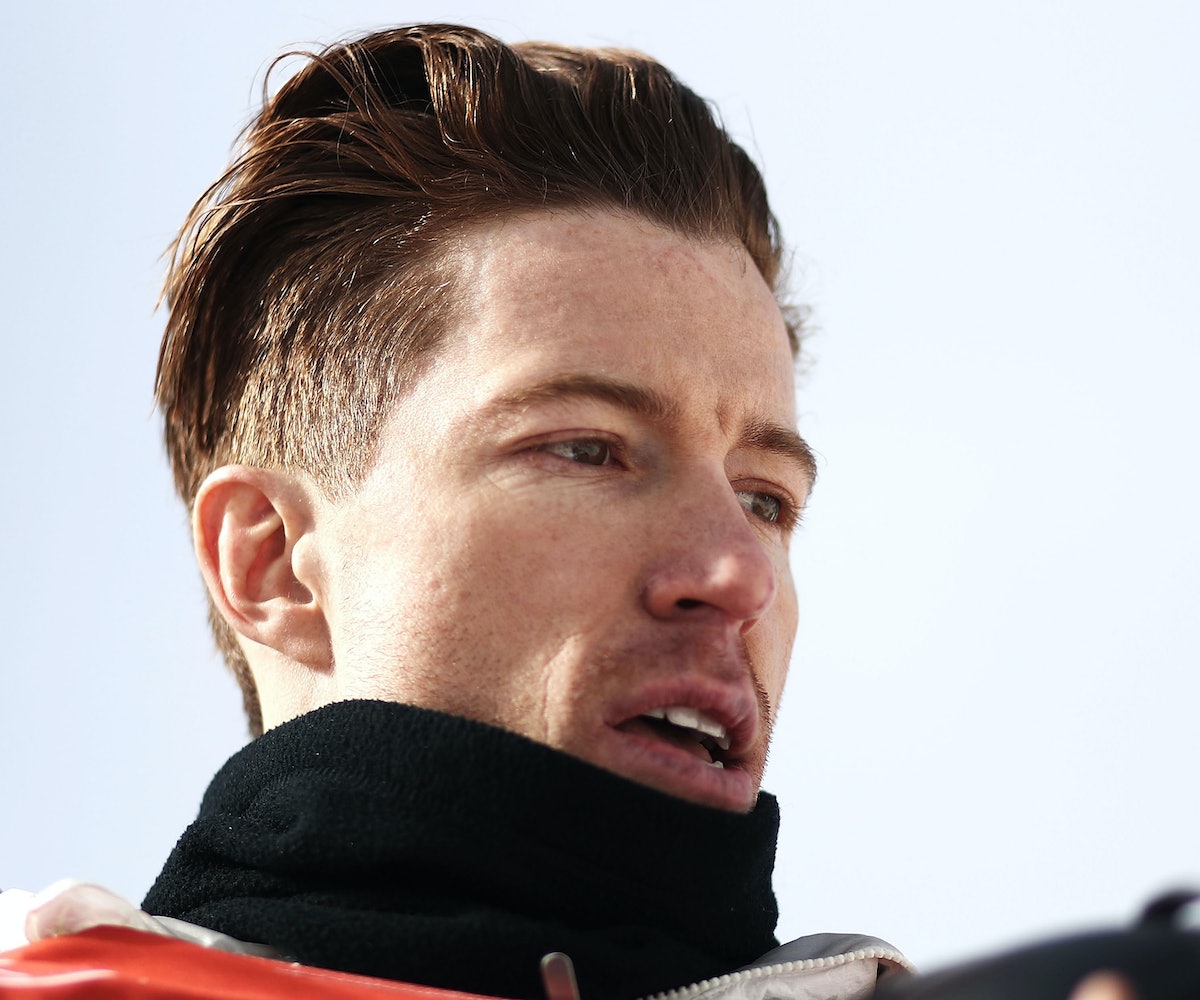 On the heels of winning his third gold medal at the Pyeongchang Winter Olympics, snowboarder Shaun White lit up the internet for a much less savory reason.

Following his big win, White was asked in a press conference about the sexual harassment allegations leveled against him by former bandmate, Lena Zawaideh, in 2016. His response was, “I’m here to talk about the Olympics, not gossip and stuff," a sentiment that was quickly skewered by social media at large for its harmful connotations, especially given that the details of the suit were made public. Zawaideh, who played drums in the band Bad Things with him, claimed that White had “repeatedly sexually harassed her and forced his authoritarian management style on her for over seven years.” The disturbing suit also claims that he made vulgar sexual remarks to her, sent her lewd text messages, and even grabbed her inappropriately. The two reached a settlement last May, though the terms were never disclosed.

White subsequently apologized for his dismissive language during a follow-up interview with Today, saying, “I’m truly sorry that I chose the word ‘gossip’ because it’s a poor choice of words to describe such a sensitive subject in the world today. I’m just truly sorry." He also said that he was just "so overwhelmed" by his win that he just wanted "talk about how amazing today was," adding that "every experience in my life, I feel like it’s taught me a lesson and I definitely feel like I’m a much more changed person than I was when I was younger. I’m proud of who I am today.”

And while White may have addressed the backlash to his word choice, the marked absence of acknowledgment of Zawaideh is wrong. Thanks to his comments, Zawaideh has been unwittingly thrust back into the spotlight and her story relegated to a "minor, bullsh*t story about an old dispute among rock and roll bandmates" by a large contingent of White supporters. Some have even gone so far as to accuse "the girl" of keeping the "gossip" "to cash in one day and she did."

Despite what many will say, semantics matter. By using the word "gossip" to describe serious allegations of sexual harassment, White directly contributed to the dismissive way we tend to talk about sexual assault and given fuel to opponents of the #MeToo movement. To, also, reduce a woman's word to "gossip" bears consequence, especially seeing as how the word negatively connotes pettiness, cattiness, and hysterics—all stereotypes typically assigned to women and regularly used to minimize their qualms. Using his huge platform, he has belittled the allegations—effectively re-usurping the narrative he already had an unequal amount of control in as a rich, famous man.

And we can see the direct effects already, with a bevy of men rallying now around him. Through a cursory scroll of Twitter and replies to the news stories being written, one can see a number of people claiming that the questioning of these allegations was "slander" and that ABC's Matt Gutman, who asked White the question, needs to have his "press pass revoked" as "allegations have tarnished the reputations of high profile figures and set shade on what’s really important." But how are we determining what's "important" here? Sure, it's a huge accomplishment for White to win a gold medal, but isn't the trauma and blatant disrespect Zawaideh underwent during that period of time also important? Especially in the midst of this overarching discourse?

From the responses, you wouldn't be able to tell. Instead, what could have been a moment of growth and learning has turned into a debate over Zawaideh's credibility and the validity of journalists trying to hold powerful men accountable for their past transgressions. Maybe White has "changed," but you can't tell from this situation.