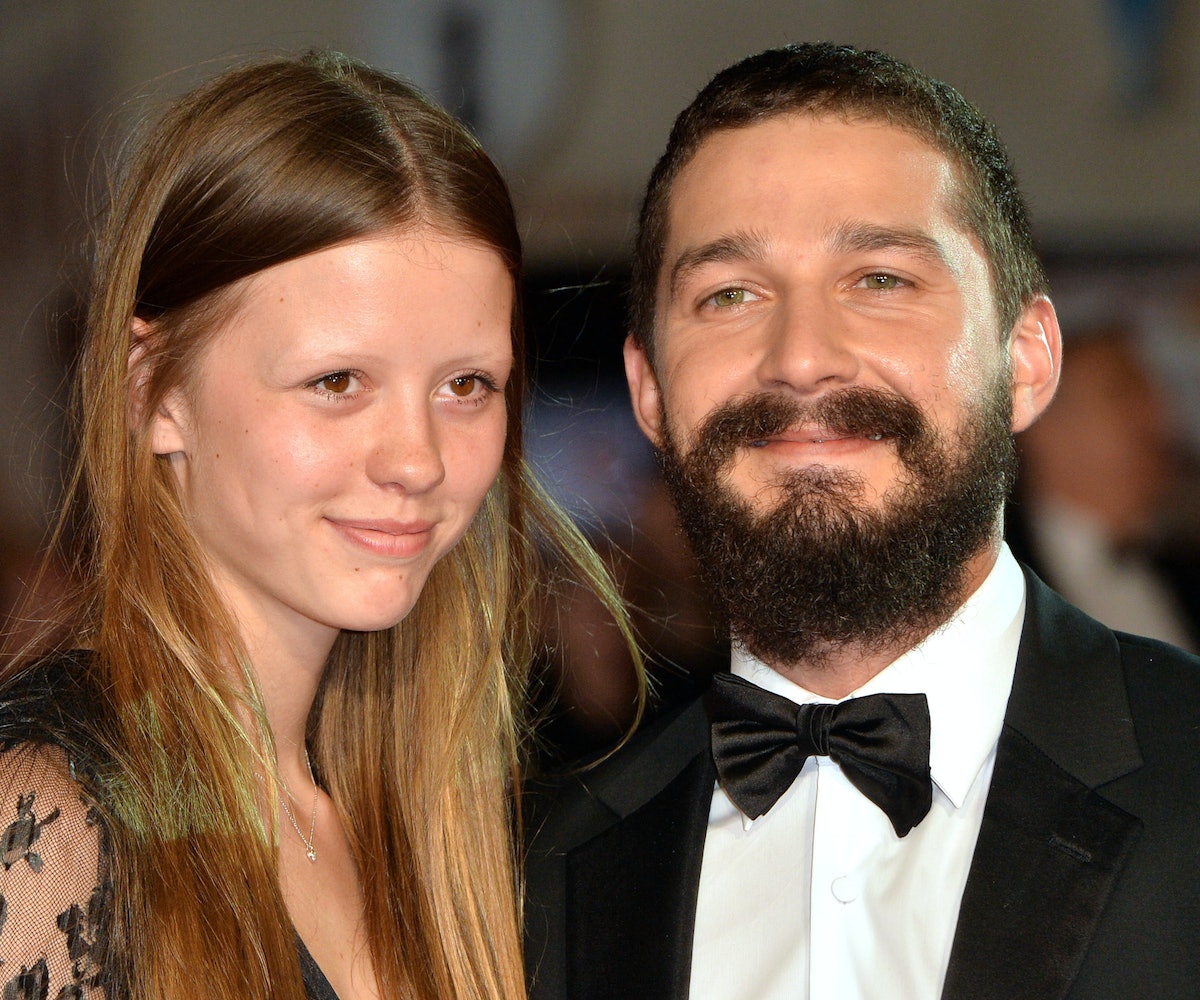 Over the past few years, Shia LaBeouf has pulled a lot of stunts on us. Most of them served a purpose with a deeper meaning than the average mind failed to comprehend, but we understood. (#TOUCHMYSOUL really did touch our souls.) This piece of news should come as easier to grasp. According to a report from US Weekly, the actor is taking his relationship with Mia Goth to the next level of commitment—marriage. Last year, there were rumors about their engagement, but this time, it seems to be a more legitimate claim.

An inside source alleged that LaBeouf confessed that he and Goth were engaged in the presence of a cashier at Gelson's this month. Apparently, the actress was flashing a diamond on her ring finger and the two said that they were planning on getting married. Prior to this scene, LaBeouf supposedly called Goth his "fiancée" during the live stream of his #Elevate project last month. Obviously, nobody noticed, though, because we heard not a word of this until now.

While their relationship has been somewhat rocky as they went on and off for four years, they are clearly doing better or, at least, are willing to work out all of their issues. (Between the rape allegations and that heated fight in Germany, they have experienced the ultimate extremes of emotions.) Life imitates art, and this might be a finished masterpiece for the couple.