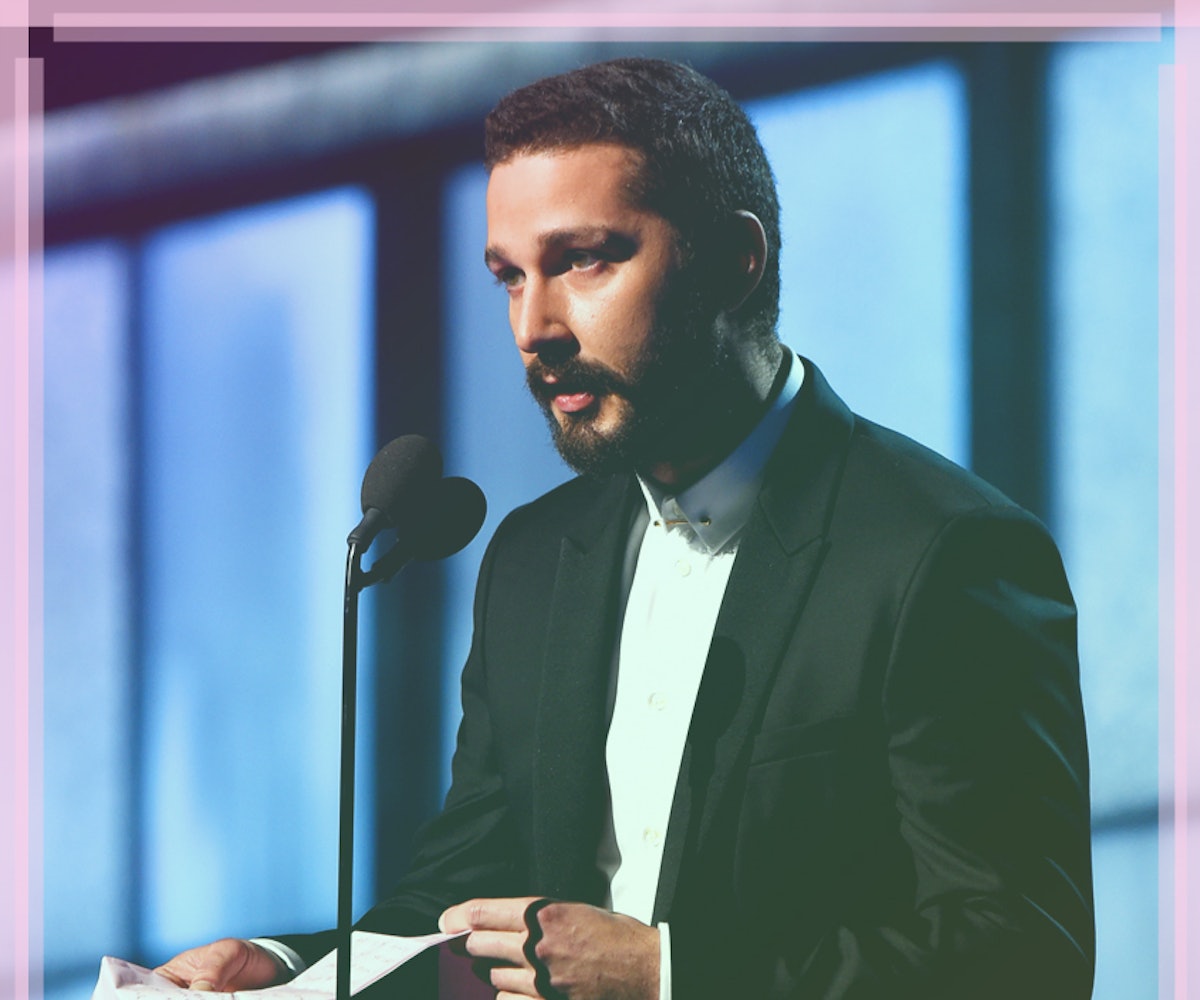 In the vast realm of celebrity culture, it sometimes seems as if love and true emotional connections are made to be sterile and artificial (see: step-and-repeat couple photos). Perhaps that's part of why social media and receivers of pop culture are so fascinated with Shia LaBeouf and the beautiful, evasive being that is Sia and, most importantly, their collaborative relationship. After giving us the powerful "Elastic Heart" video and its touching behind-the-scenes story, LaBeouf and Sia came together once again at last night's Grammy Awards. And, because the two are artistic souls seemingly unconcerned with public perception, when announcing Sia's performance (with Maddie Ziegler and Kristen Wiig), LaBeouf didn't simply ramble on about Sia's career, but rather read a pink scrolled #LOVELETTER (as he describes it on Twitter).

"I feel like this may be strange to say this here. I love you so," recited Shia. "Punch me if I stop crying. I raise the white flag for you, defeated finally. If strength were made of broken pieces, you and I would always win. It is though and buildings and statues wink at us. I could squeeze you to zero. I'll never know another 'what am I going to do'. Punch me if I stop crying, and I'll do the same. Love, Erik."

As LaBeouf confirmed to Dazed after the awards show, the writer of the poem and the "Erik" in question is Sia's husband, Erik Anders Lang. (The two wed in August of 2014.) "I was a bridge," LaBeouf told the magazine. "It was a way of articulating the most intimate adoration and adulation on the most un-intimate of stages. Expressing what a wonderful artist and human being Sia is. From the one person who knows her best."

According to Us Weekly, LaBeouf and Lang worked together to surprise Sia. We're sure the poem hit Sia much harder than it did us (and we felt quite a few feels), but we'll never know how she reacted as she performed with her back towards the audience and cameras. It's wonderful when mainstream award shows get weird.