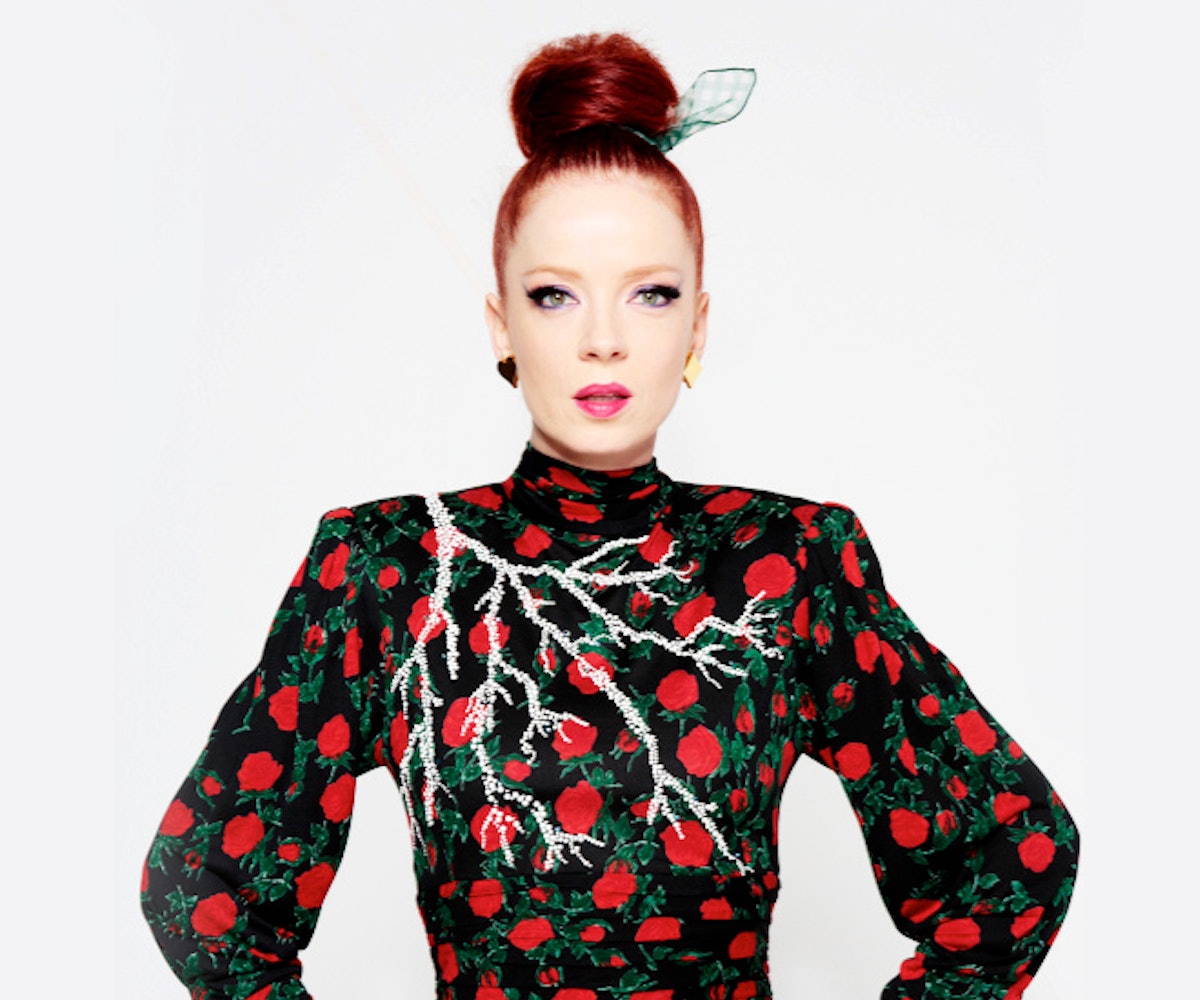 Shirley Manson is not pleased with Kanye West's Grammy hissy fit, and, as a notorious speaker of mind, took to her Facebook page to let him know it. Sidestepping the fact that the Grammys are kind of a joke, the Garbage lead singer told West to "Grow up and stop throwing your toys around," and that he makes himself "look small and petty and spoilt" by "disrespecting artistry." This of course comes after West jokingly stage-crashed her friend Beck's Album of the Year acceptance speech at last Sunday's Grammys, and then made his real feelings known during a tirade after the show: Beck should have given his word to Beyonce, the real winner. You can read Manson's open letter below:

It is YOU who is so busy disrespecting artistry.

You disrespect your own remarkable talents and more importantly you disrespect the talent, hard work and tenacity of all artists when you go so rudely and savagely after such an accomplished and humble artist like BECK.

You make yourself look small and petty and spoilt.

In attempting to reduce the importance of one great talent over another, you make a mockery of all musicians and music from every genre, including your own.

Grow up and stop throwing your toys around.

You are making yourself look like a complete twat.

Ps.I am pretty certain Beyonce doesn't need you fighting any battles on her account. Seems like she's got everything covered perfectly well on her own

To his credit, Beck is being the agreeable, nice boy his mother raised him to be. The newly-minted Grammy winner

on Sunday night that not only was Kanye probably right about the Beyonce thing, but that he's an incredible artist who deserved to be up on that stage. "I still love him and think he's genius. I aspire to do what he does," Beck said. West, arriving at JFK for New York Fashion Week, backtracked his comments a little bit

in front of judgmental TMZ cameras

. “I wasn’t saying Beck [wasn't an artist], I was talking about the Grammys," he said.

Anyway, let's start the campaign right now: Kanye, Shirley and Beck at next year's Grammys. You heard it here first.