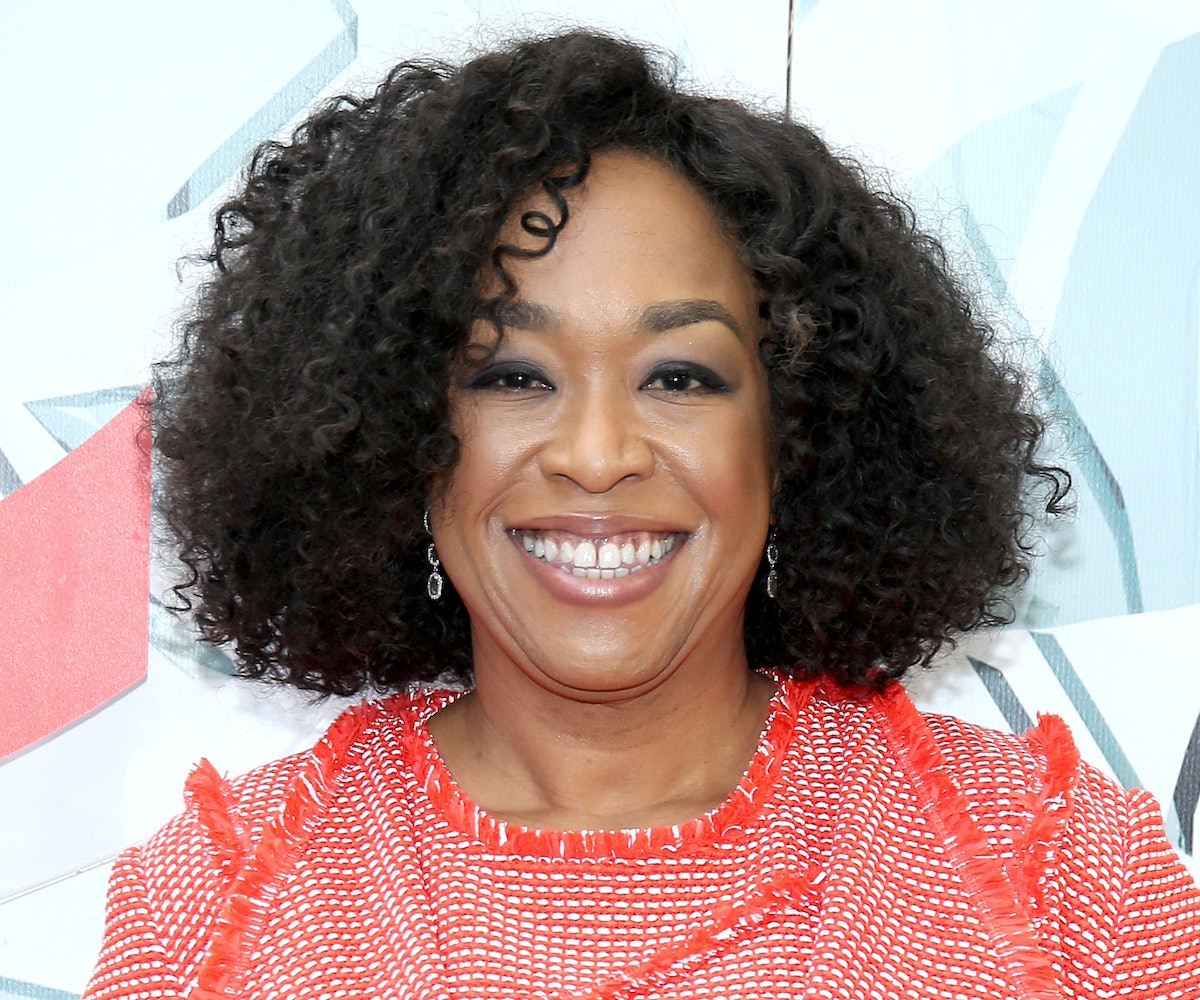 As a part of Dove's just-launched Real Beauty Productions, the company teamed up with producer-writer-TGIT queen Shonda Rhimes to tell the stories of “real women and girls,” who are “expanding the definition of beauty” through a series of short films. For the inaugural video, Rhimes, who is acting as the creative director, along with filmmaker Liz Garbus in the director chair (she was behind the Oscar-nominated What Happened, Miss Simone?), are highlighting Cathleen Meredith, founder of the plus-size dance group Fat Girls Dance.

Meredith first started what’s now an international virtual movement about a year ago in an effort to get back into dancing. She studied under intense choreographers and decided to perform one video per week and post them on YouTube to keep herself accountable. Over time, Meredith enlisted a couple of her friends to join in, and it spread from there, with women watching and joining in across the world while also making their own videos.

When we first sat down with Rhimes to discuss the project over a week ago, Rhimes and the all-women crew she worked with were in the midst of filming. Rhimes, who picked the subjects, says that she found both Meredith’s body-positive journey and dance videos inspiring. She told us, “The whole idea of doing this, is really finding a moment where you can portray real women and real beauty, as opposed to airbrush or just the typical standard of beauty, which is always tall and thin and looks a certain way. And so it’s been really exciting.”

Read our interview with Rhimes below where she opens up about her definition of real beauty, the creative process for the project, and the importance of having women’s stories told by women. Rhimes tells us that the team is in the process of picking their next woman to highlight now. Know someone? You can submit their story here. And watch Meredith talk more about her journey in the video, below.

Why did Cathleen’s story strike a chord with you personally?

The fact that she wasn’t a shrinking violet; she is someone, you can tell, who has always thought of herself as being very fierce. She clearly thinks that she’s amazing. I always say that she think’s she’s something, which is great. She was sort of feeling disconnected from who she was when she started filming the videos. She said making the videos made her feel like she was part of her body again. She started a love affair with her body, but she was also sort of shocked by what a lot of people on the outside would say. They were surprised that she would have the audacity to think of herself as being beautiful. Which is, I find, to be the most offensive thing that happens, when other people sort of put a story on you like, "Oh, you think you’re pretty, that’s so amazing." It’s upsetting, and we talked about that idea, which I think most women have faced. This idea that other people are surprised that you think you’re pretty, that you think you’re smart, or interesting, or anything. And that struck me, her energy and her desire to just kind of ignore that was fascinating to me.

How important is it to have women’s stories told by women?

It’s like asking, "How important is it for us to have air?" Because we live in a society that’s run by men for most of history, it’s definitely important to have women’s story’s told by women if you want them told accurately. I’m sure there are men who have told false stories about women, but there are plenty women storytellers who haven’t been able to tell their story.

How would you define real beauty?

As Cathleen describes it, real beauty is fearlessness. To me, real beauty is me at the top of my game doing something a hard as I can, with as much confidence as I can. If I were to go figure skating—I’m terrible at it—and I’m always still getting back up… I take great offense at the idea that the person who is tall and thin doesn’t get to be considered "real." My daughter is tall and looks like a supermodel, and I would be really upset if someone said she wasn’t a real beauty because she is in her own way. She just looks like the typical definition, I suppose.

It's entirely different. For me, the creative process with the television show is always about the fact that I’m a writer. This is not fiction, so it’s about someone’s real life and someone as they really are. It’s more done the way a documentary is done, you’re just finding a way to shape someone’s life. In a weird way, it’s like being on the other side of the process. Because when I’m writing a television show, it’s me with my headphones on writing a television show and everybody else is doing everything else or as much as I can get them to do. Versus this process, which is much more hands-on in a way, your boots on the ground, you’re talking to people, and you’re on the set.

You’ve once said that you dislike the term "diversify;" you prefer "normalize." How is this film adding to the normalizing conversation?

I think when women see other women that look like them, sound like them, have the same ideas as them; when you get to see a real women on television or on screen being a model of what is beautiful, it definitely makes a difference because it makes you feel like you, too, are that thing. If the thing that you’re seeing on television seems unattainable, it’s very hard to feel like you, too, are that thing.