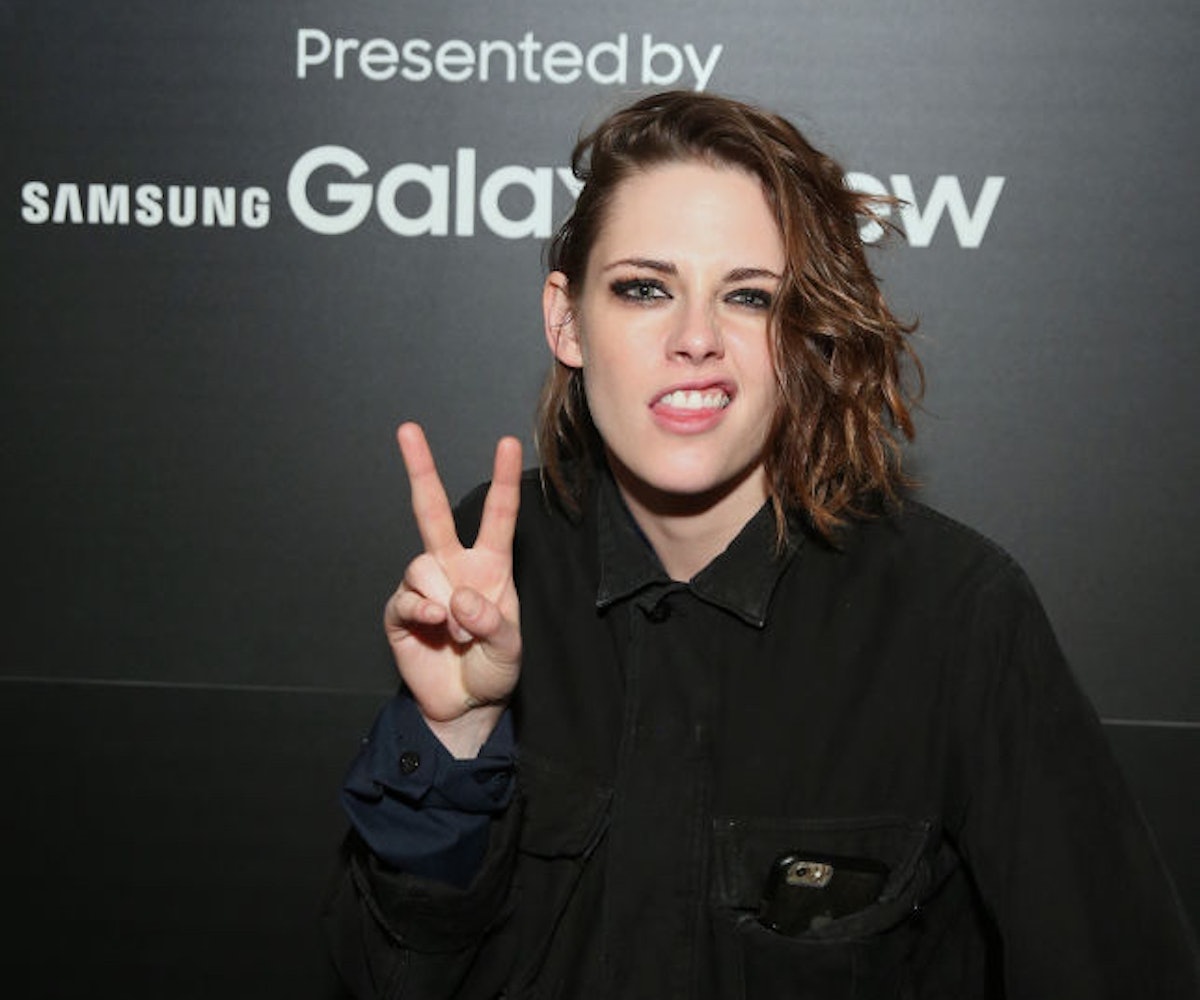 I love a good celebrity opinion. I love when they agree with my political and social views, I love when they sing the praises of a celebrity I like (because in my head we’re all best friends), and I love when they use social media to make jokes near and dear to my heart. Stars, as they say, are just like us. Until they say something we don’t particularly agree with, and then we hope they aren’t.

The last few weeks have brought an onslaught of, “Oh no please stop talking.” In the wake of #OscarsSoWhite, celebrities like Julie Delpy, Kristen Stewart, and Charlotte Rampling have given their hot takes on everything from why women also have it hard (Delpy) to the suggestion that artists should stop complaining and “do something” (Stewart), to claims that the push for equality is “racist against whites” (Rampling). Add to this Stacey Dash’s remarks that BET shouldn’t have Black History Month, Rob Lowe’s dig at Bernie Sanders, and Michael Caine’s suggestion that actors of colour “be patient,” and the idea that maybe celebrities not weigh in on anything, ever, seems tempting. Especially since we all know what tends to happen next: the Internet explodes, the actor backpedals, and everybody feels uncomfortable.

But that’s the problem. By placing celebrities on pedestals, we expect them to be flawless. We expect that because they have cool jobs and we recognize and enjoy their work, they reflect our own values and political and social ideals. We assume they can’t be like some of the idiots we went to high school with or the people we block on Twitter (who are sometimes one in the same). We tell ourselves that they’re not people and that they’re better than we are, but that’s wrong—and unfair. People, as a rule, tend to be wrong sometimes (or just awful in general), and famouses are no exceptions. Their words aren’t—and shouldn’t be—gospel.

And the actors and musicians who are actively trying to engage and learn and grow and authentically educate the people around them understand this. A few weeks ago, Mark Ruffalo was called out on his misunderstanding of the #OscarsSoWhite boycott, and instead of flailing or pleading ignorance before defeatedly walking away, he engaged with those on Twitter trying to educate him and learned something (which he admitted to and was thankful for). Then around the same time, Gabrielle Union lent her influence to calling out Stacey Dash’s remarks, alluding to never having heard of her (which was fantastic) before reminding viewers that “If you don’t see yourself reflected in mainstream awards, you tend to create your own.” (Daily reminder: Gabrielle Union rules.)

So it’s not like we need to stop listening to celebrities, especially since many are doing great things for everything from raising environmental awareness (Leonardo DiCaprio) to challenging sexuality and gender norms (Rowan Blanchard). But I do think we need to remind ourselves not to rely on them to anchor our opinions since they’re just people and will inevitably say things that are wrong, uncool, or even damaging—just like we have. And like us, they will either seize the moment to learn and to grow and to educate themselves (which I’m sure we all have done), or they will not (which I’m sure we’ve all done, too). Celebrity support is a bump and a bonus— particularly when you soon realize who’s socially aware and who is not—but unless said celebrity is actively participating in discourse and challenging themselves to keep getting better, we shouldn’t care so much about what they think. Especially since we end up wasting time getting angry on the Internet when we could be spending that same time educating ourselves about whatever systemic issue is at play.

NEXT UP
The Art Issue 2022
Instagram Didn’t Kill Party Photography. It Just Made It Evolve.
Culture
Spotify Wrapped Is The Only Social Media That Doesn’t Lie
Entertainment
Paramore Announces Album 'This Is Why' For February 2023
Entertainment
TikTok's Wednesday Dance Trend Is Giving '80s Band The Cramps A Second Life