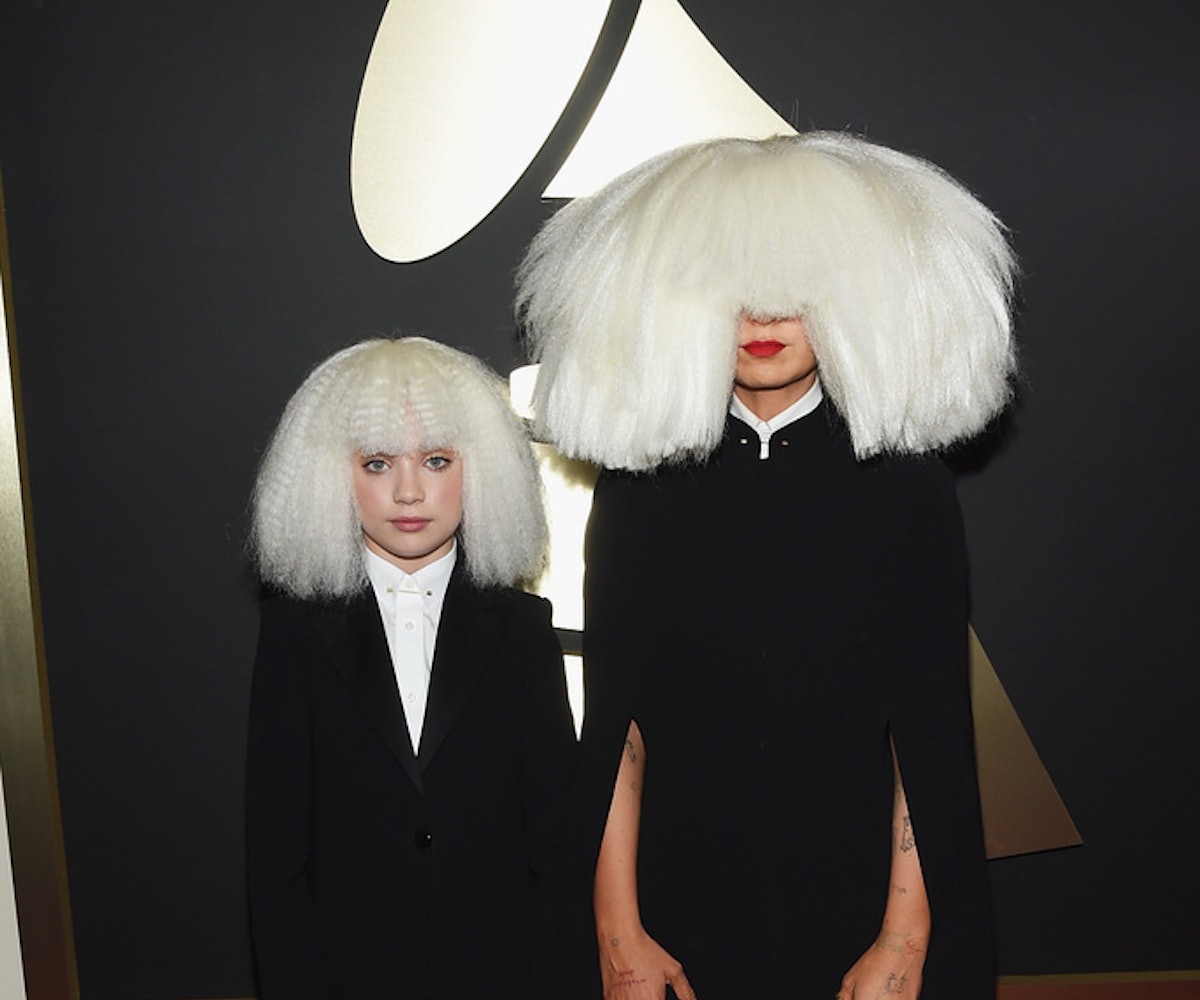 If you needed a childhood pick-me-up this Tuesday afternoon, Sia's new music video for her inspirational new single will help you out of your funk. "Rainbow" stars Sia as My Little Pony character Songbird Serenade and frequent collaborator, Maddie Ziegler, who has appeared in Sia's videos for “Chandelier", "Cheap Thrills", “Elastic Heart” with Shia LaBeouf, "Big Girls Cry", "Alive", and "The Greatest." The track is the lead off of the My Little Pony: The Movie soundtrack, due out September 22.

The video begins with Ziegler standing in a body of water, sporting her Sia-inspired, black-and-white wig. The visual then cuts to an image of Sia as Songbird Serenade. The video continues to alter between the two shots with appearances from the other My Little Pony characters, as Serenade performs on a stage and rain pours over Maddie. Toward the end of the video, a rainbow appears as Ziegler gleefully defeats the elements with a cheerful, optimistic rain dance.

The soundtrack also features songs from DNCE and Rachel Platten, as well as songs performed by the film’s voice actors, including Zoe Saldana, Emily Blunt, and more.

My Little Pony: The Movie is due out on October 6. You can pre-order the film's soundtrack starting today, here. See the video, below.

NEXT UP
Entertainment
Björk's Music Video Evolution, From Fresh-Faced Star To Avant-Garde Master
Entertainment
SZA May Finally Be Returning With New Music
Entertainment
Sophia Anne Caruso Makes Her Own Rules
Beauty
September 2022’s Best Beauty Launches Will Keep You Cozy And Cute Throughout The Fall