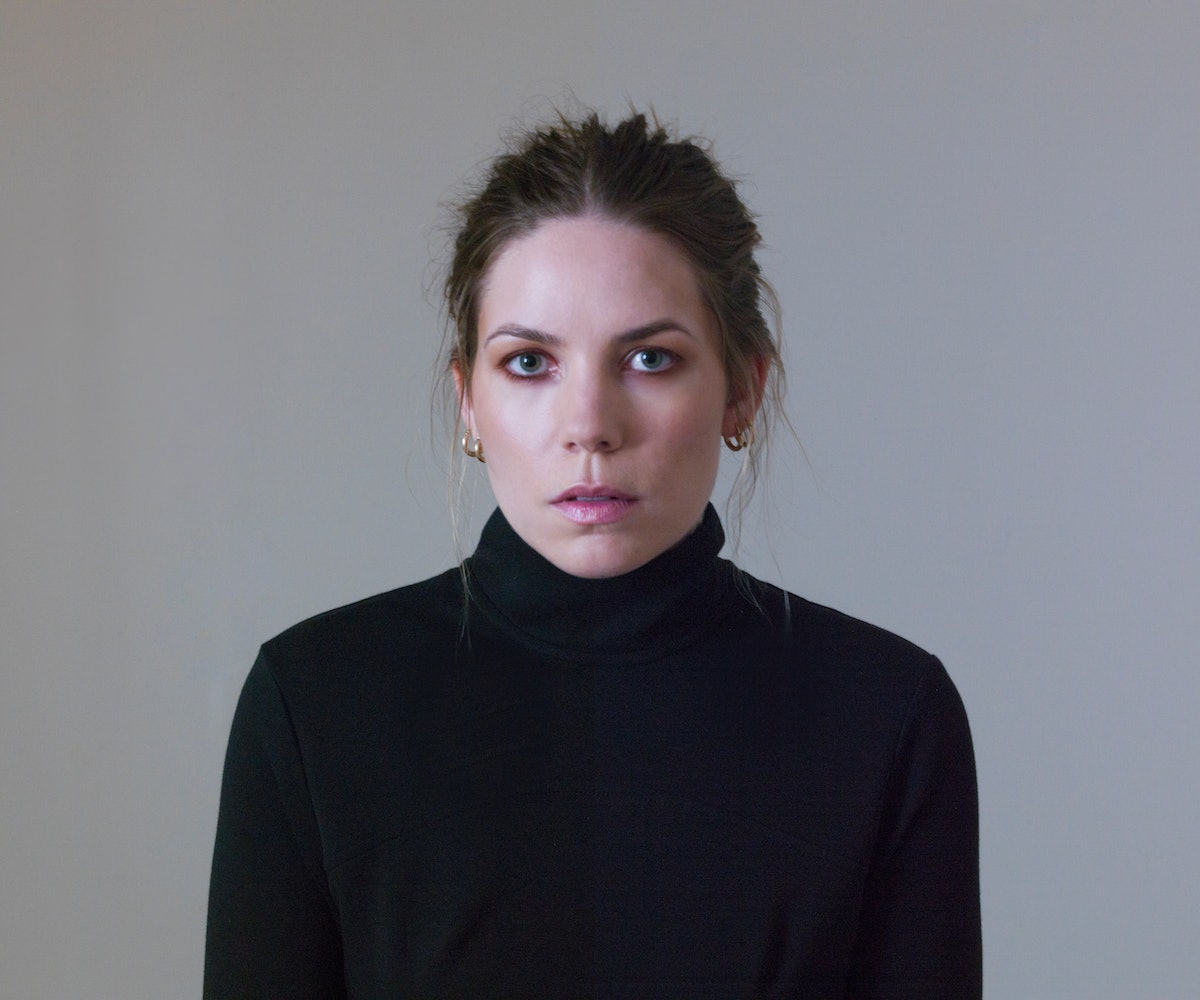 It can be tough to define yourself as a solo artist when what you’re most known for is writing songs for other, world-renowned musicians. But singer-songwriter Skylar Grey is doing just that with her new album, Natural Causes. Since her career-changing credit for Eminem and Rihanna’s “Love the Way You Lie,” Grey has racked up a number of collabs, a feature on the Suicide Squad soundtrack, and a debut a solo album. Now, she’s just released her second LP and is gearing up to embark on a 12-city headlining tour. Grey blends rap-influenced beats with indie folk harmonies for a sound that’s uniquely her own. Grey spoke to us about the process of creating her latest album, finding her sound, and discovering true happiness in nature.

Your style is very experimental and genre-defying. How would you define your sound in your own words?

I came from a very eclectic, musical family, so it’s hard for me to decide on one genre or stay in one place. Genre-bending is just who I am. I also like to always push myself outside of my comfort zone to discover new things. In the past couple of years I’ve decided to try rapping. It was a huge fear of mine, but I figured I should at least give it a good shot. I had my first rap song released on the Suicide Squad soundtrack. People have a hard time putting me in a box and defining the type of artist I am, but that’s okay for me. I have more fun that way.

You’ve mentioned in the past that your first album, Don’t Look Down, is a sort of coming-of-age, growing up album. With Natural Causes, do you feel like you’ve arrived?

I think it’s another evolution, and there will be many more in my future albums. This is definitely an evolution from the last one, and on a personal level, I feel like it’s a reflection of me growing up and finally finding true happiness in life.

Can you recall your earliest exposure to music?

I can’t remember a time when I wasn’t singing. Even when I was two, I was singing harmonies with my mom. I always knew that music was in my blood. The first time I performed was when I was six, at a library Mother’s Day show I did with my mom. She had me onstage for about 45 minutes and we did a little set. That was the first real experience I had with performing, and I just fell in love with it.

Don’t Look Down was produced in L.A., while much of the work for this album was done at home in Utah. Do you find that your songwriting is influenced by your surroundings, or is it more of an internal process?

To me, songwriting is like a narration of me fighting my demons every day. Sometimes it’s kind of dark, but it’s because I’m always on this quest for happiness. On this album, a lot of the nature that I’m surrounded by is reflected in my lyrics. If I wake up and see a gorgeous mountain view everyday, it’s hard not to be happy. It fulfills me to a level that no career success ever could. It’s like the sensation when you pet your dog: You have a sense of calm and happiness in that moment, no matter how stressed out you are. On a moment to moment basis, I try to have that same feeling, even when I can’t be with my dog. It’s about appreciating the natural world around me.

One of your new songs, “Moving Mountains,” really resonates as a powerful track. Was the song inspired by a particular moment or interaction?

In the verses, I’m singing from a perspective of my younger, more ambitious self. I was made fun of as a kid and wanted to prove myself to my peers. I thought if I had career success, the other kids might think I was cool. At a certain point, I was like, “That’s stupid.” I can’t think like that. I recently turned 30, and I realized happiness has nothing to do with success. Of course being able to wake up and make music everyday is part of my happiness, but the actual process of writing a song is what makes me the happiest. It’s not the Grammy that it could potentially receive in a year.

What is your favorite song on Natural Causes and why?

I think “Picture Perfect” is my favorite song on the album, because musically, it’s the sound I’ve been searching for for years. I finally accomplished it, so I’m very proud of that. It’s got these layered vocals and harmonies à la Bon Iver, but the drums and percussion have a hip hop feel. I always wanted to combine those two worlds. I experimented a lot and never came up with it until “Picture Perfect.”

The “Off Road” video uses 360-degree technology, which artists are just starting to get into. As one of the first to use this kind of innovation, where do you see the convergence of music and technology headed?

I think we’ll see more 360 stuff. It was interesting to film that video, because it was a totally new way to think. You have to consider what’s going on all around instead of just what’s in the frame. I couldn’t see the director the whole time we were filming because otherwise he’d be in the shot. It was a very strange thing to wrap your head around, but the more people do it, the more of a feel they’ll get on how to use it.

Technology and music have always worked together and played off of each other, though. It’s important for people to see technology as a tool to experiment and do new things and push boundaries, but not necessarily rely on it. I always say that it’s not what you have, but what you do with it. It’s like my friend, who’s a terrible photographer and keeps buying the most expensive camera because he thinks it will make a difference. You think that’s gonna help you as a photographer if your eyes suck?

Which natural element do you most identify with: earth, water, fire, or air?

Probably the earth aspect. I grew up in the woods of Wisconsin, so I always feel more at home when I’m surrounded by trees. The thing that really gets me about nature is the innocence in it. We’re surrounded by people with agendas and ulterior motives, but nature is just doing its thing. In the opening of my record on “Wilderness,” I say “Everyone’s an animal.” I like to compare myself to wildlife and think about how to act in a situation. Robert Redford said it best: “This place in the mountains, amid nature’s casualness toward death and birth, is the perfect host for the inspiration of ideas.”

I love what he says, because it’s so true. Humans are the only ones who have funerals—people gather and sob and make a big deal about death. It’s okay to grieve, but I think it can help to realize that death is a part of life and we have to accept it. Like anything in life, there are things that are out of your hands that you can’t control. Don’t let it weigh you down. Nature is a great sounding board to bounce your emotions off of and get inspired to be happier.

Can we expect any more exciting collaborations or projects from you in the future?

Currently, I’m focusing on [the album], but there was a last-minute addition: Eminem is featured on “Kill for You.”