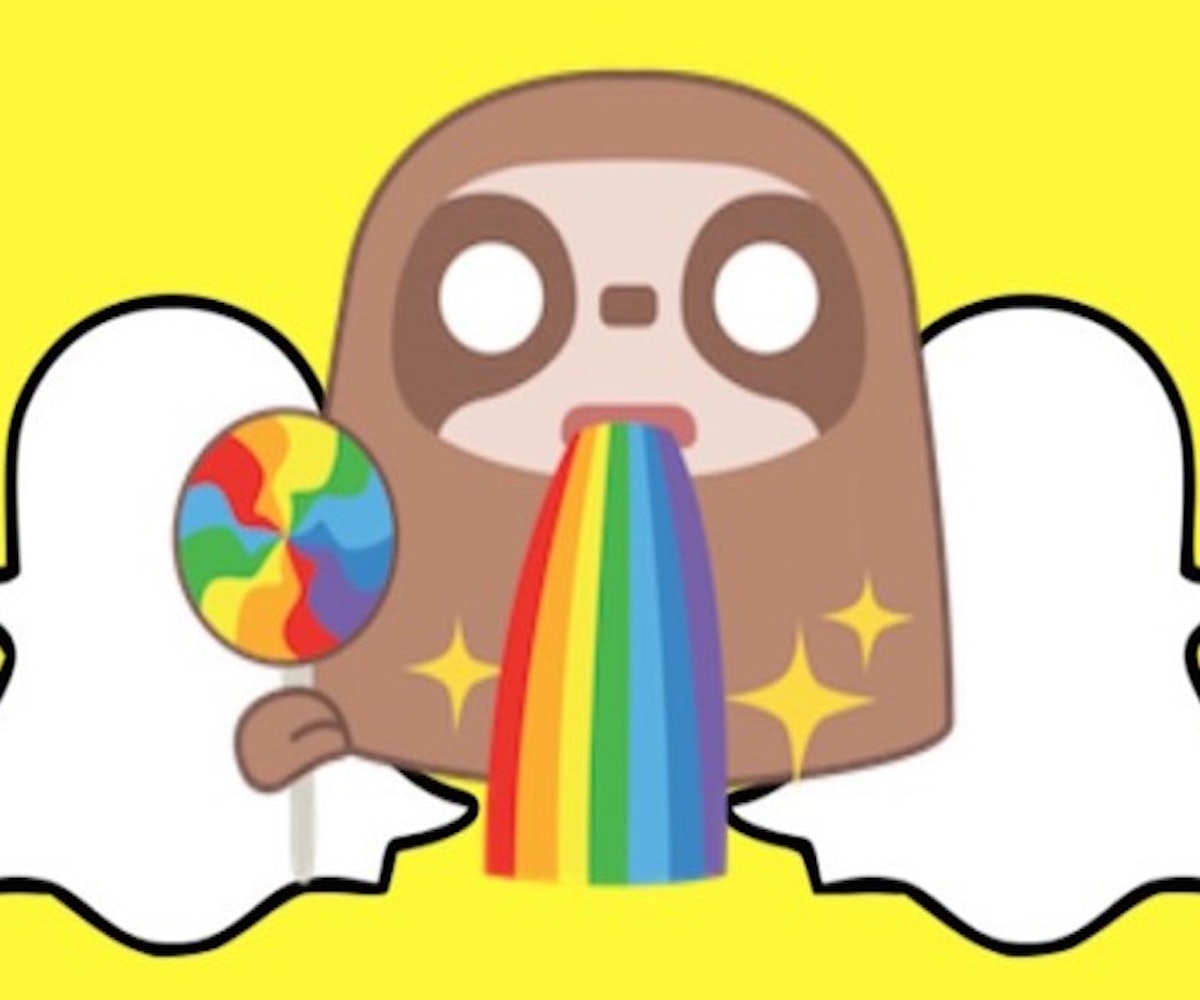 After months of rumors surrounding screenshots of Snapchat's alleged sticker update, the app has finally granted our wish, and then some. New stickers include renditions of aliens, walruses, ghosts, rainbow-spewing sloths, and more. If you're overwhelmed and short on time, you can search for stickers by keyword.

Not only did the social media app add hundreds of adorable stickers to the messaging feature in Chat 2.0, but users can now also tap icons to video call their friends, audio chat, and add other users to a message. When a friend doesn't pick up, there is now an option to leave a video or audio message for them to open later. Also, users can send pictures to each other directly from their phone's camera roll. Chat 2.0's final update is the never-ending story, which automatically starts a new story when one ends.

"We’ve been working on this redesign for a while," the app explained via their blog. "We want Chat to be the best way to communicate—second only to hanging out face-to-face." It looks like we're about to spend a lot more time surfing Snapchat...