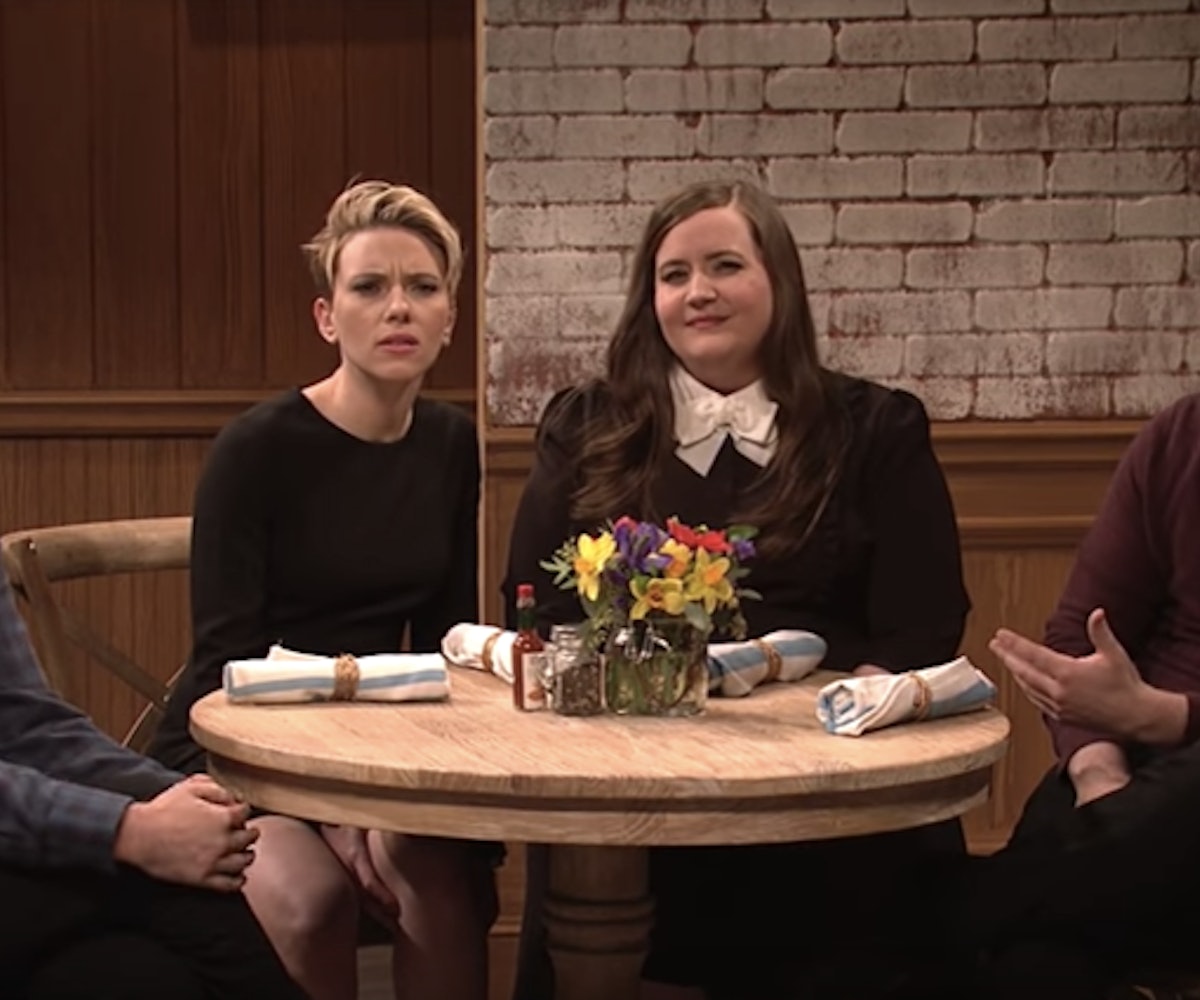 Every woman has probably been a victim of mansplaining at some point in her life—a concept perfectly summed up on last night's episode of Saturday Night Live. Scarlett Johansson and Aidy Bryant introduce the skit as one borne out of Wednesday's "A Day Without Women" strike, when women, including the female cast members of SNL, didn't come into work to demonstrate what a lack of women would look like.

They explain that as a result, the skit was written by fellow SNL members Beck Bennett and Kyle Mooney, who have assured that the skit "features the entire female cast and includes an important conversation about women's issues." What follows is a hilarious depiction of mansplaining—Bennett and Mooney portray two misguided male "feminists" explaining and lamenting the plight of women to a confused Johansson and Bryant whose only lines turn out to be: "Thank you for saying that."

The skit does include all the female cast members, as promised, but none of them are given lines. Instead, Mooney and Bennett fire off on facts about the inequality that women face everyday without giving a chance for any of the women to speak up. In one hilarious instance, Bennett says, "What do you girls think?" to which Mooney responds ironically, "Women aren't given a voice!" without giving any of the women a chance to contribute. The bit even features musical guest, Lorde, who is invited to perform for the women, only to be completely pushed aside and sung over by Mooney and Bennett.

The skit is funny, sadly, because of how relatable it is. Even the more exaggerated aspects of the skit don't stray far from what women experience every day—even to men who claim to be down for the cause, but are unable to action the necessary measures to give women a voice. Watch below: