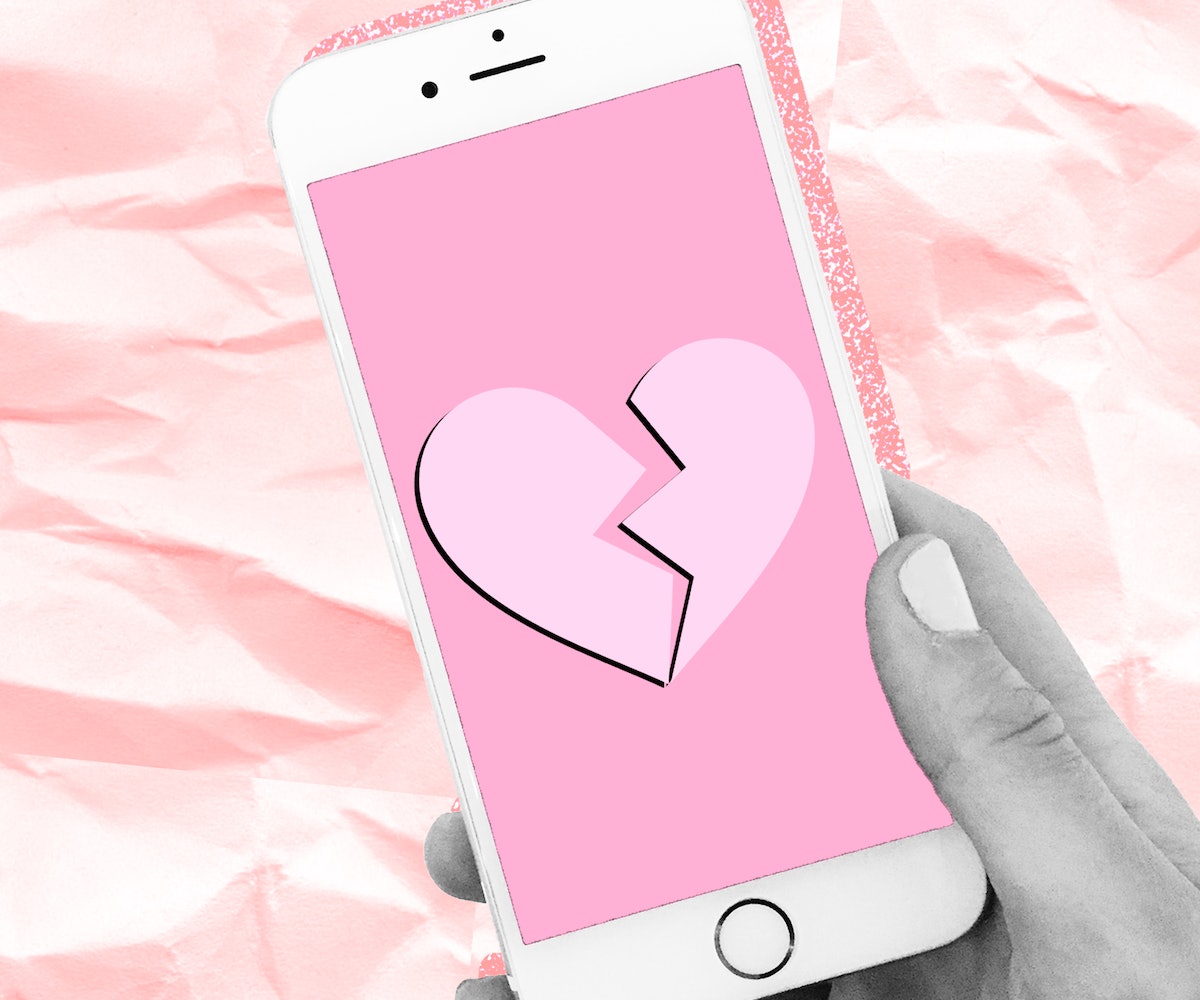 Dating in the social media age is a blessing and a curse. While there are "plenty of fish in the sea," available at the tap of your fingers, should you experience a romantic letdown, there's also more incentive than ever to keep one foot in the social media door, while in a committed relationship, because someone more aligned with your hopes, needs, and interests could come along. This rings true for your partner, as well. You may be content with your relationship, but are they? Do you trust your partner isn't flirting via Snapchat, Tumblr, or any other social media platform you keep private from one another? (Which is probably all of them.) The fear of finding out—FOFO, if you will—is very real, very toxic, and tells more about you and your personality when in a relationship than you would likely care to admit.

I had the veil of my first relationship lifted after I discovered my then-partner was having Skype relations with multiple people while we were exclusive. We had met on the internet before we met in real life, so, looking back, it shouldn't have been as big of a shock. Our relationships with social media brought us together, and ultimately, broke us apart. Whether that was (and is still) a healthy connection is subjective. Miriam Korn, Psy.D., a licensed clinical psychologist in private practice, says a healthy relationship with social media is "going to look different for different people: one person may enjoy extensive use of social media to keep up with relationships, whereas another may stay off of most sites and apps except for professional use."

That keeping up with relationships notion is where things become tricky. What if you enter a new relationship but find yourself checking up on your new love's virtual life more than you feel you should? The "just in case" check-in, Korn says, "begs the question, 'In case of what?'" It's fine to casually thumb through their Instagram feed—that's a positive thing, Korn says. The fear of finding out comes into play when you look for something upsetting. "If you keep searching for content that feeds into your fears," Korn tells us, "eventually you're going to find it—regardless of whether or not there's been an actual breach of trust." How strange our brains are that they can imagine a breach of trust even if there isn't one. Even something as tiny as not being consistently present in your partner's social media can trigger anxiety.

Not to make this any trickier, but Korn tells us that two recent studies have found couples are happier when they are present in each other's social media lives. "For instance, Saslow and colleagues (2013) found that people whose Facebook feeds and profile pictures included their significant other reported feeling more satisfied in and committed to their relationships. And another relevant study by Castaneda, Wendle, and Crockett (2015) found that people who frequently interacted with their partners over Facebook tended to feel more closeness in their relationships." This may not always ring true, though. The more you post about your SO, the more insecure you may be in your relationship. Think of it as a keeping up appearances: you want the world to think you're madly in love because that's what the world wants to see. Korn points us in the direction of a 2014 study that found that the more a partner posted about their relationship, the more insecure they were about said relationship. "As a general rule of thumb," Korn tells us, "it's a good idea to ask your partner for clarification if there's something you're upset by or confused about."

This kind of dialogue is imperative to any healthy relationship—both with your partner and with yourself. If you find jealousy and neuroses take hold of you the more you're in a relationship, try to find a pattern. Korn says to question how much of "your stuff" are you projecting onto the relationship and how much is "a red flag in the relationship." An open conversation about your social media habits and intentions is a good idea to have, regardless. It makes the virtual real—which, if done with honesty, can be a blessing that outshines the curse of it all.