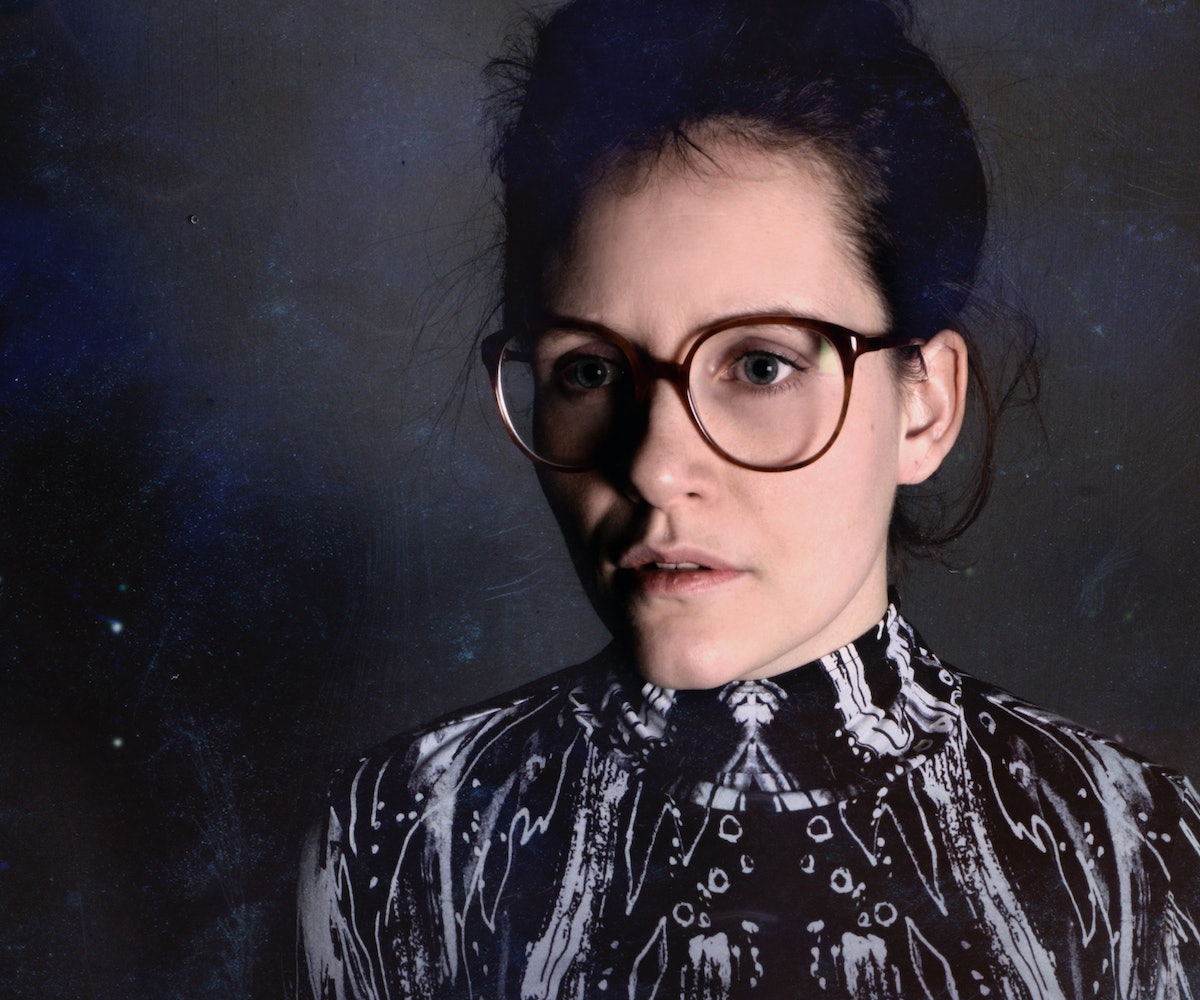 Sóley is a 29-year-old singer-songwriter from Iceland who makes dark, ethereal music that blends elements of traditional folk, electronic music, and modern pop. Her songs are chill in the sense that they sound a little eerie and haunting, but they're still a pleasure on the ears. NYLON is thrilled to exclusively premiere Sóley's Don't Ever Listen EP—the follow-up to her Ask The Deep full length—in advance of its October 30 release on Morr Music. Seeing as to how the recordings are all demos, listening to them kind of feels like turning on an old record player that hasn't been touched in decades, but stumbling upon something that's completely spellbinding.

“The songs on the album were never meant to come out on an album, but my boyfriend was digging it so much that he made me ask my record label if I could release it!" Sóley told NYLON in an email. "So, these songs are all more or less demos that never grew any further. And somehow, I like them as they are—I don't think they would fit to a high-quality sound. They are meant to be inwards.”

Sóley also gave us a track-by-track breakdown of the EP while you stream it, below.

"This is the first cover song I ever recorded. I love this song and I love the lyrics, I almost can see myself in that poem. I recorded it on my computer’s mic one evening in an empty apartment that I had just moved into."

"This song is about that person you see when you wake up in the middle of the night and you don't know if you're dreaming or not, but it's there. You try to say something, but nothing comes out of your mouth. It happens to me often—quite scary!"

"This is a song that I wrote on the Irish island Inis Oírr. I was there for an art residency, and I was staying in this huge house on top of a hill. There are maybe four streetlights on the island, so every night when I was walking to the house, everything was so dark. I'm sure the house is haunted."

"I wrote 'Don't Ever Listen' the same night I recorded the cover song 'NY Hotel.' It was recorded on my computer and at that time, I had just got my cat Tóa, and it was running around my new apartment like crazy—you can hear it meowing on the recording. The song is about how you can feel alone in your head, though you're in a big group of people.”

"This is a pure love song!”