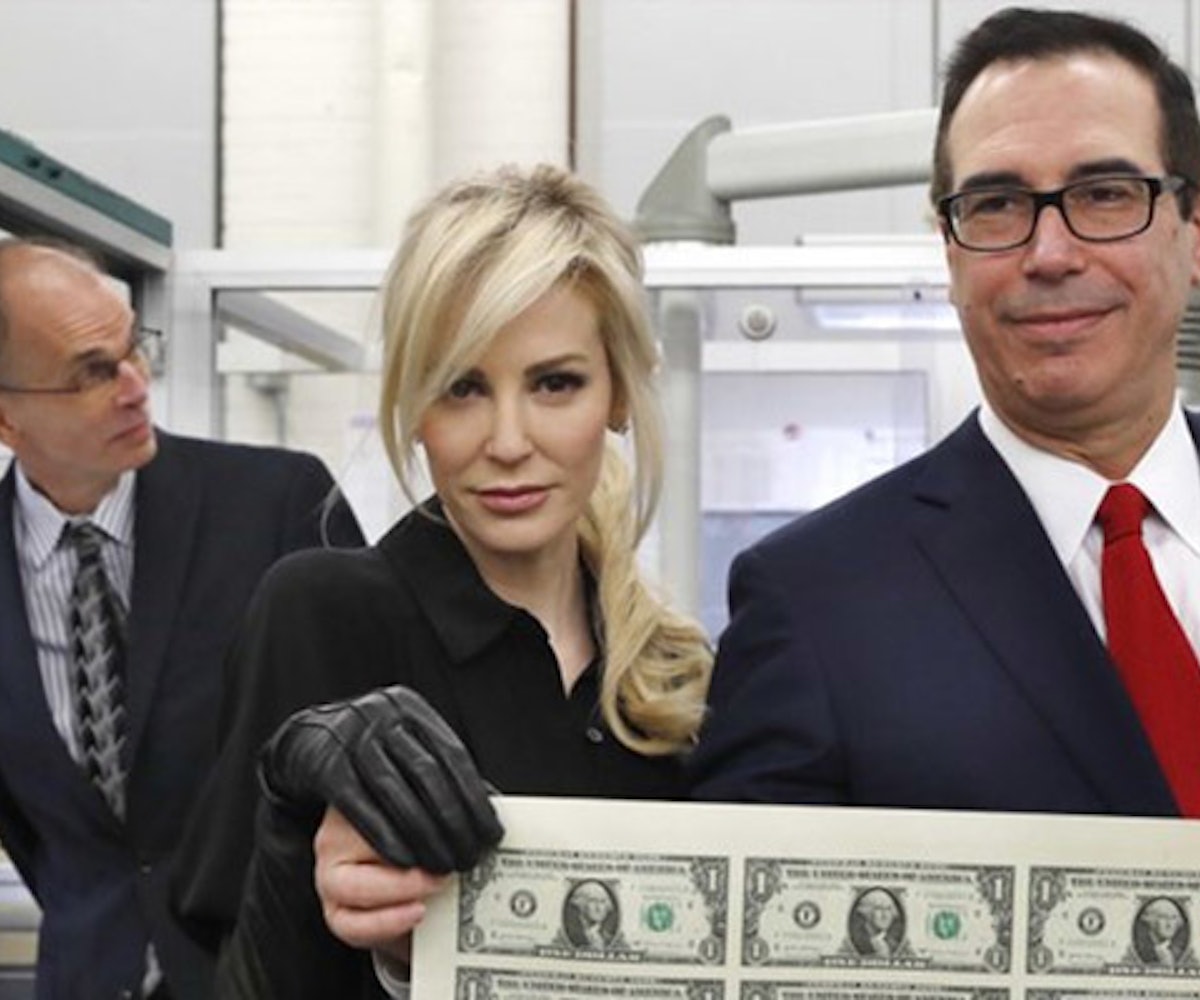 Earlier this year, Louise Linton, wife of U.S. Secretary of the Treasury Steven Mnuchin, mocked a person on the internet for being poor, while, at the same time, lamenting how much she and her husband "sacrifice." And yesterday, she posed with a giant sheet of cash while dressed like Cruella de Vil, making for the funniest photo you'll see on the internet today. Both of them looked like certified Bond villains, who launched a fake charity for children's cancer to pocket all of the donations.

Mnuchin and Linton were touring the Bureau of Engraving and Printing, to see the production of the new $1 bills, which will have Mnuchin's signature on them. It's essentially two incredibly vain, self-absorbed people reaching their peak. It also could've been the first time either one of them has ever touched a dollar bill. Only, Linton had leather gloves on (because Cruella de Vil), so that technically doesn't even count.

Here are some of the reactions people had to Mnuchin and Linton becoming a real-life SNL skit.

They're straight out of Annie.

Really, she's all the villains.

She's with Mnuchin for his personality, for sure.

Really, they're in love. They swear.

It's definitely his good looks.

Everything is a photo op!

Happy Holidays, from the Mnuchins.

She's not even trying to revamp her image at this point.

Also, it's important to remember they're actually evil in real life, too.