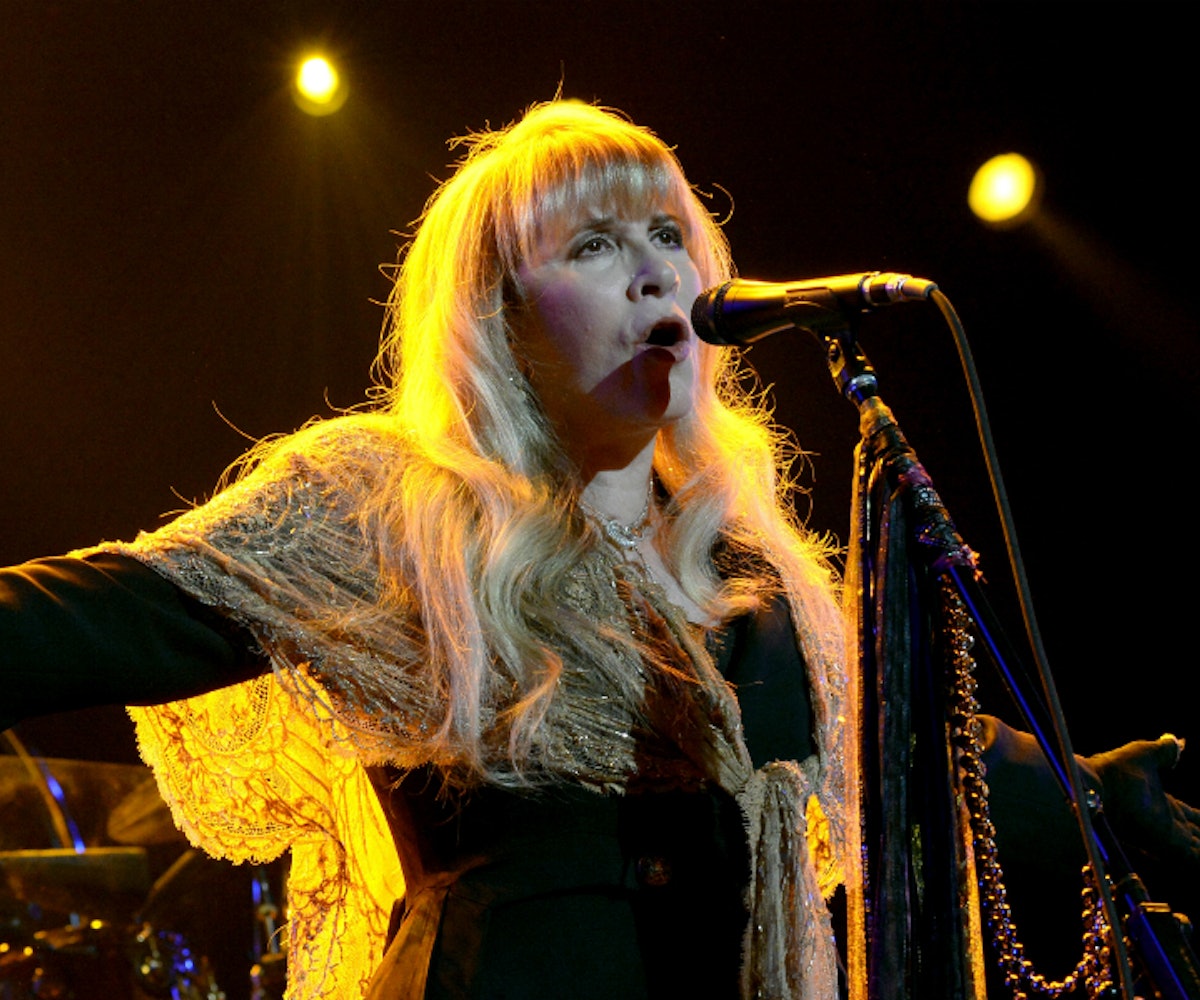 Stevie Nicks, the queen of everything witchy (and also, my heart) has returned to the set of American Horror Story. Creator Ryan Murphy shared a photo of Nicks on set with the caption, "The Coven Returns. What a thrilling night with the legend Stevie Nicks on the set of AHS." Nicks isn't the only one returning—nearly all of the killer Coven cast will make an appearance in Apocalypse as well, including Sarah Paulson, Lily Rabe, Emma Roberts, Taissa Farmiga, Gabourey Sidibe, and Frances Conroy.

No word yet as to what role the Fleetwood Mac singer will play in the upcoming season, but we're hoping it comes with new performances. During Coven, Nicks blessed us not only with a performance of "Rhiannon," but also "Has Anyone Ever Written Anything For You?" The Fleetwood Mac catalog sure has plenty to offer to the terrifying series. Maybe a dark rendition of the recently-memed "Dreams" right as the world ends?

Previously, Murphy confirmed that Apocalypse will be a crossover of popular seasons Murder House and Coven, but how these two universes will become one has yet to be revealed. Watch the creepy teaser for the new season, below, and tune in to the season premiere September 12 on FX.