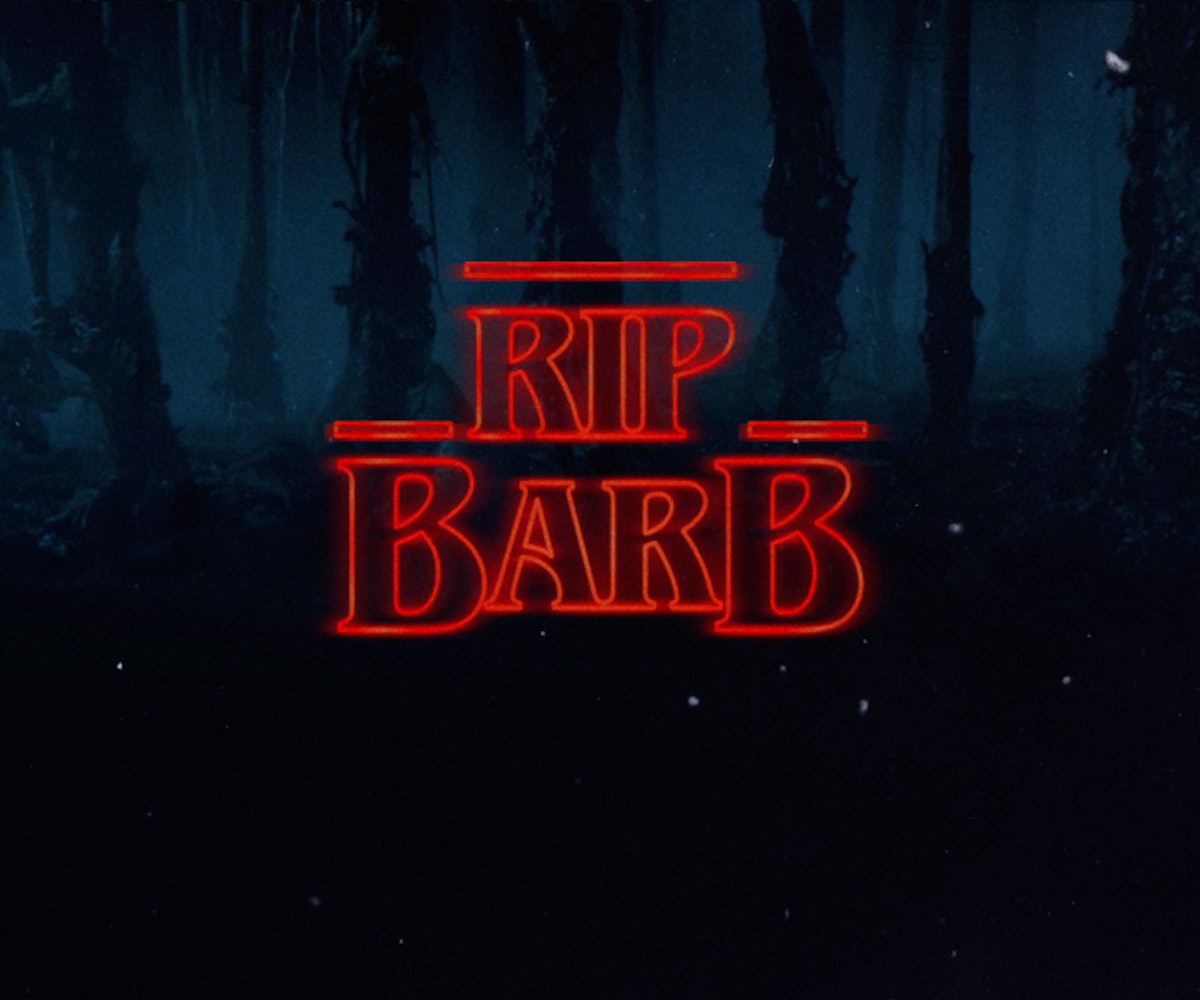 Photo via Make It Stranger Generator

It should go without saying, but this article contains spoilers for season one of Netflix's original programming Stranger Things. This has been your warning.

Listen up, people. Barb from Stranger Things is dead. She is decomposing in The Upside Down and Nancy has moved on from their supposed best friendship. It's been nearly a year since the '80s-tinged phenomenon shook the Zeitgeist, and we're still talking about the fate of Barb? C'mon, folks. How many times do you need to hear, whether it's from the creators, the Duffer Brothers, or, just recently, director-producer, Shawn Levy, that your bespeckled screen crush is very much dead? Do we have to spell it out using Christmas lights, or something? Levy reiterated this week that she is gone.

"We are going to do things that fans will be disappointed in but I think they will be more satisfied by,” Levy said during a Facebook Live interview with The Hollywood Reporter. "I’ll give one example that I’ve been asked about a hundred times which is people still think Barb’s alive because you think you want that but you wouldn’t really want that." He stressed the fact that Barb was last seen with a slug-like creature coming out of her corpse. "I don't think there's a bounce back from that," Levy said. No, no there is not. Barb is dead. Farewell Barb, and farewell Barb discourse. May you finally rest in peace.