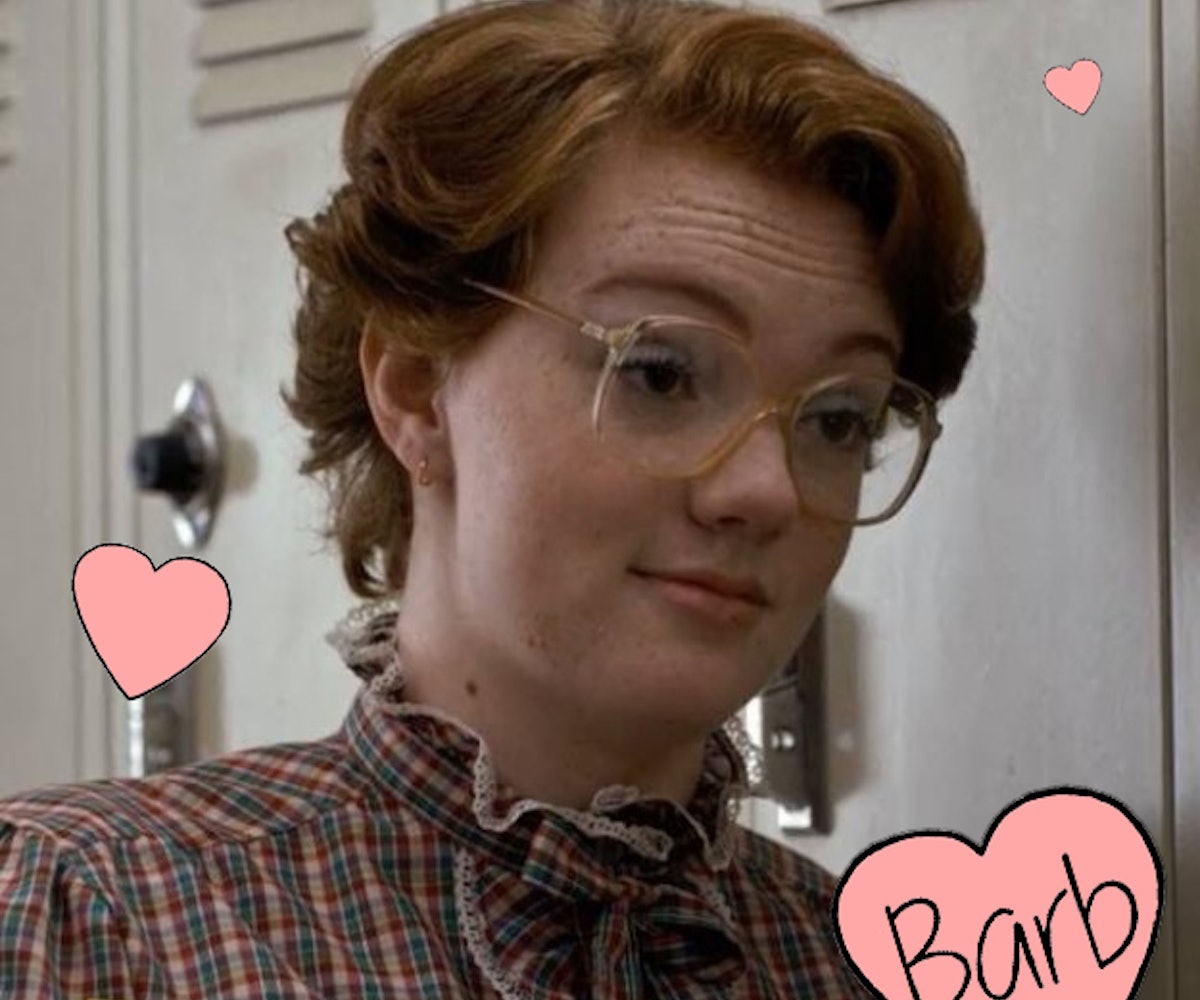 If you haven't binge-watched all of Netflix's Stranger Things, you're going to want to a) stop reading this post, because, spoilers and b) park your butt in front of a screen, stat.

This is a show that combines everything we love: sci-fi, horror, nostalgia, and girl power. Lots and lots of girl power. From Eleven, a mysterious little girl with a shaved head and superpowers; to Joyce, who will do just about anything to find her son who has been taken by a monster into a mad creepy alternate universe; to Nancy, a classic '80s older sister trope who turns out to be pretty great with a gun, Stranger Things just brought us our new favorite female leads.

Click through for the 11 moments that solidified this show as a must-watch.

2. Joyce suspending all disbelief to find her son, no questions asked.

Joyce never doubted that Will was still alive, nor did she doubt that he was communicating with her through the lights. She just went with it. Even when it meant painting letters on a wall to have a full conversation with him.

3. Eleven powering through her nosebleed to be a total mind-controlling badass.

Moving things with her mind was clearly not the most comfortable thing for Elle to do, but she always rose to the occasion—regardless of the ensuing nosebleed.

4. Nancy setting up a bear trap.

Not only is Nancy an immediate pro with handling a gun—she sets up a bear trap to catch the monster from The Upside Down like it's NBD. Eleven might have superpowers, but Nancy is the secret weapon to have in your back pocket when things go down. Never even a flinch.

No one has really comforted Elle through this whole endeavor, and when she and Joyce finally meet, Joyce goes into full-on Mama Bear mode, telling her that she's very brave. We're not crying, you're crying.

Okay, in addition to being the Queen Of Real Talk, Barb's also the Queen Of Brows. Look at those arches. They speak volumes.

7. When Nancy points the gun in Steve's face and tells him to get out of the house.

When Steve has an epiphany and realizes maybe, you know, he shouldn't have called his girlfriend a slut in front of the entire town and bullied Jonathan, he comes to apologize, but finds himself in the middle of a giant monster trap instead. When he tries to butt in, Nancy cocks the handgun and points it square at her boyfriend's head. "You have five seconds to get out of here," she says, "I'm doing this for you." Unwavering mettle with the precision of a sniper? Get it, Nancy.

8. Eleven versus the bullies.

Eleven consistently showed her powers in stronger doses, but when she saved Mike after his foolhardy jump off a cliff, then broke one of the bully's arms in retaliation, things escalated. It immediately showed not only of what Eleven was capable, but how she was willing to go the distance in return for the only kindness she had ever known. "Yeah that's right," Dustin yelled as the bullies ran away. "You better run! She's our friend and she's crazy! You come back here and she'll kill you!"

9. Joyce sitting waiting for the monster to reappear with a goddamn axe when no one else believes her.

It's already been established that Joyce is an inspiration. Her faith in the supernatural is astounding; her sheer willpower to disregard the naysayers is heartwarming. Her risk of looking like a crazy, axe-wielding person in the hopes of reuniting with her son is everything and more.

10. Eleven rocking Nancy's lace-front wig that just so happens to be laying around the house.

Hell hath no fury like an Eleven scorned and hungry. Leggo her Eggo.