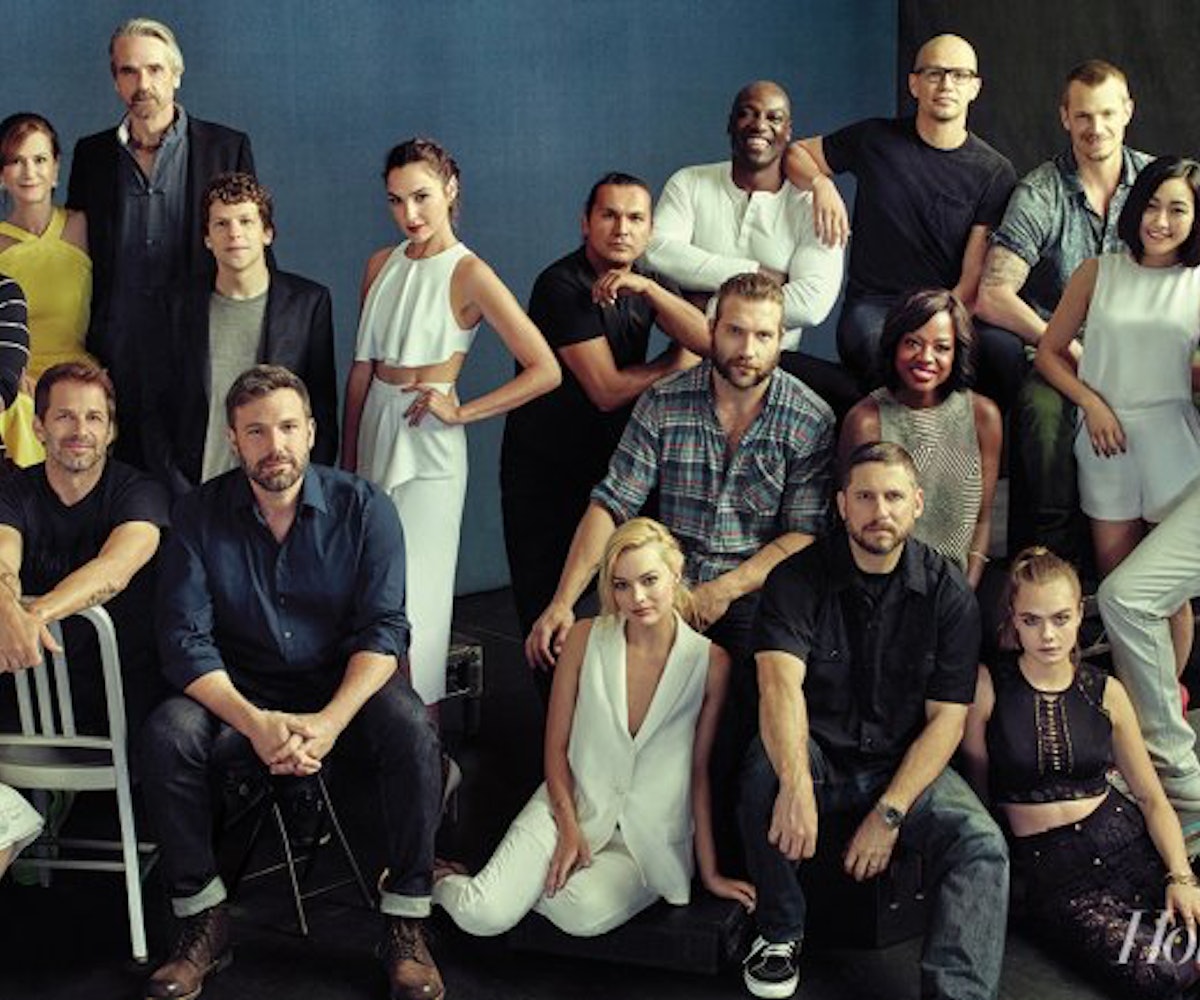 photo by Joe Pugliese for the hollywood reporter
fb
tw

Thanks to the massive Warner Bros. panel at Comic-Con, Batman v Superman and Suicide Squad have been the two most talked-about movies on the Internet all week long. To keep that momentum going, The Hollywood Reporter has released a pretty epic group shot of both casts, united as one big happy Warner Bros. family, looking decidedly non-comic book-y. Some brief observations: Jesse Eisenberg looks fine, post-genocide; It's weird seeing Will Smith off to the side as one part of a giant ensemble; Jared Leto's absence is glaring; directors Zack Snyder and David Ayer look like they could be part of the cast; and Cara Delevingne, Gal Gadot, and Margot Robbie are flawless. That is all.