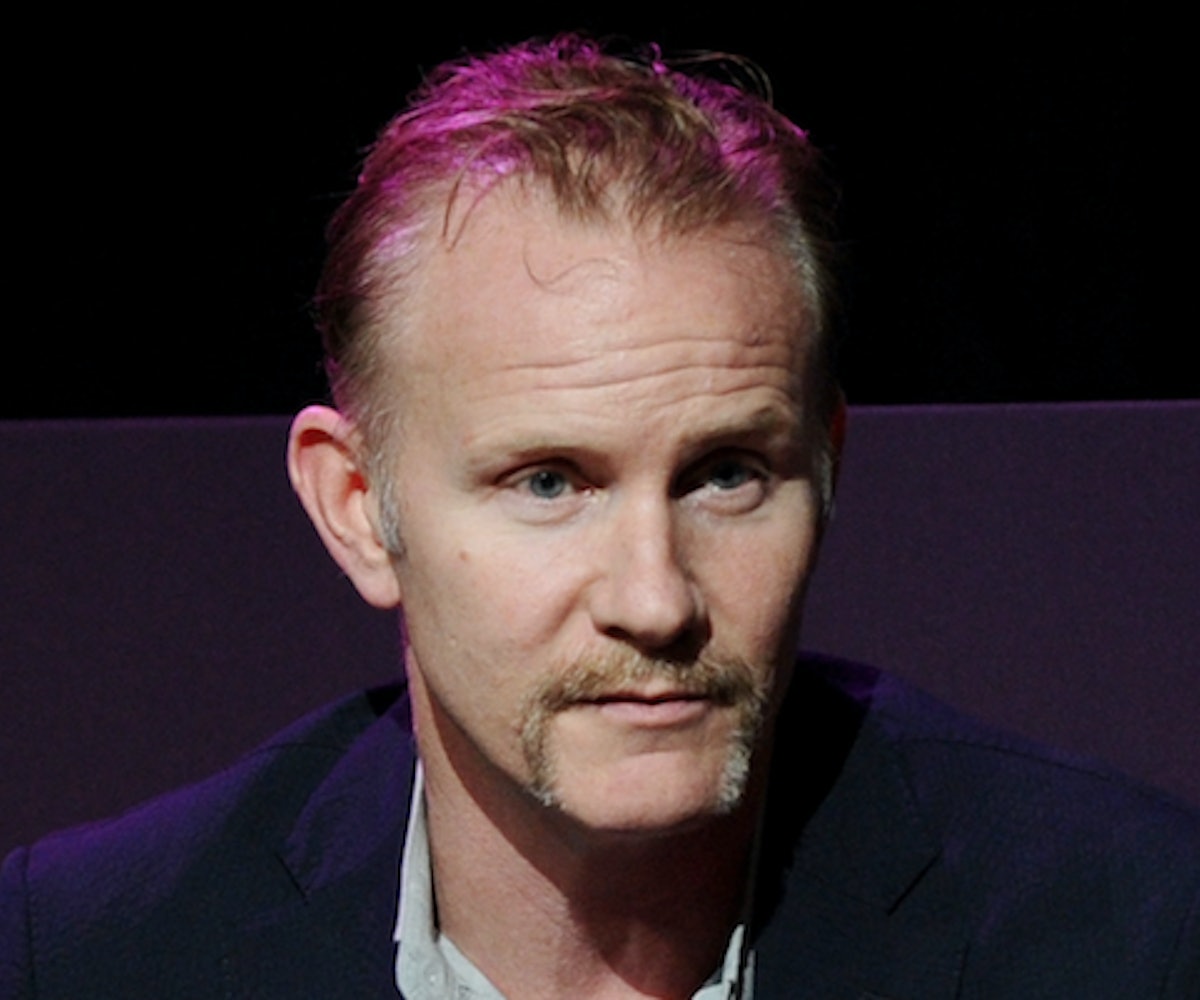 Super Size Me director Morgan Spurlock has confessed to sexual harassment, infidelity, and detailed an instance in college when he was accused of rape. In a new open letter on Twitter's Twitlonger app, the filmmaker states that he is "part of the problem" and is going to "be more honest with you and myself."

He admits that after seeing the recent surge of powerful men "falling at the realization of their past indiscretions," he doesn't think about “who will be next?” but rather, “When will they come for me?” He begins by detailing an instance in college where a woman he had "hooked up" with accused him of rape. He cites that she didn't "outright" accuse him of rape, but detailed the night in a short story for one of her classes. A friend of his, who was also in that class, later told him about it.

“That’s not what happened," he told his friend after hearing about the allegation. "This wasn’t how I remembered it at all. In my mind, we’d been drinking all night and went back to my room. We began fooling around, she pushed me off, then we laid in the bed and talked and laughed some more, and then began fooling around again. We took off our clothes. She said she didn’t want to have sex, so we laid together, and talked, and kissed, and laughed, and then we started having sex."

He adds that during sex, his accuser mentioned that "all she could see and think about" was a Lite-Brite kid's toy before crying. He writes:

I didn’t know what to do. We stopped having sex and I rolled beside her. I tried to comfort her. To make her feel better. I thought I was doing ok, I believed she was feeling better. She believed she was raped.

Spurlock adds that there were "no charges or investigations" made against him from that night.

Next, Spurlock details an incident when he sexually harassed his female assistant at work. He writes that he would call her names like "hot pants" and "sex pants" because he "thought was funny at the time, but then realized I had completely demeaned and belittled her to a place of non-existence." His assistant wanted to quit and allegedly told Spurlock that if he "didn’t pay her a settlement, she would tell everyone."

"Being who I was," he writes, "it was the last thing I wanted, so of course, I paid. I paid for peace of mind. I paid for her silence and cooperation. Most of all, I paid so I could remain who I was."

Then, he admits to being "unfaithful to every wife and girlfriend I have ever had. Over the years, I would look each of them in the eye and proclaim my love and then have sex with other people behind their backs." He continues:

I hurt them. And I hate it. But it didn’t make me stop. The worst part is, I’m someone who consistently hurts those closest to me. From my wife, to my friends, to my family, to my partners & co-workers. I have helped create a world of disrespect through my own actions.

After admitting to these claims, he then begins to cite a multitude of things in his life that may have caused him to "act this way":

Is it all ego? Or was it the sexual abuse I suffered as a boy and as a young man in my teens? Abuse that I only ever told to my first wife, for fear of being seen as weak or less than a man? Is it because my father left my mother when I was child? Or that she believed he never respected her, so that disrespect carried over into their son? Or is it because I’ve consistently been drinking since the age of 13? I haven’t been sober for more than a week in 30 years, something our society doesn’t shun or condemn but which only served to fill the emotional hole inside me and the daily depression I coped with. Depression we can’t talk about, because its wrong and makes you less of a person.

He ends his statement by repeating that he is "part of the problem. We all are," but also "part of the solution."

"By recognizing and openly admitting what I’ve done to further this terrible situation, I hope to empower the change within myself," he writes. "We should all find the courage to admit we’re at fault."

You can read his statement in full here.