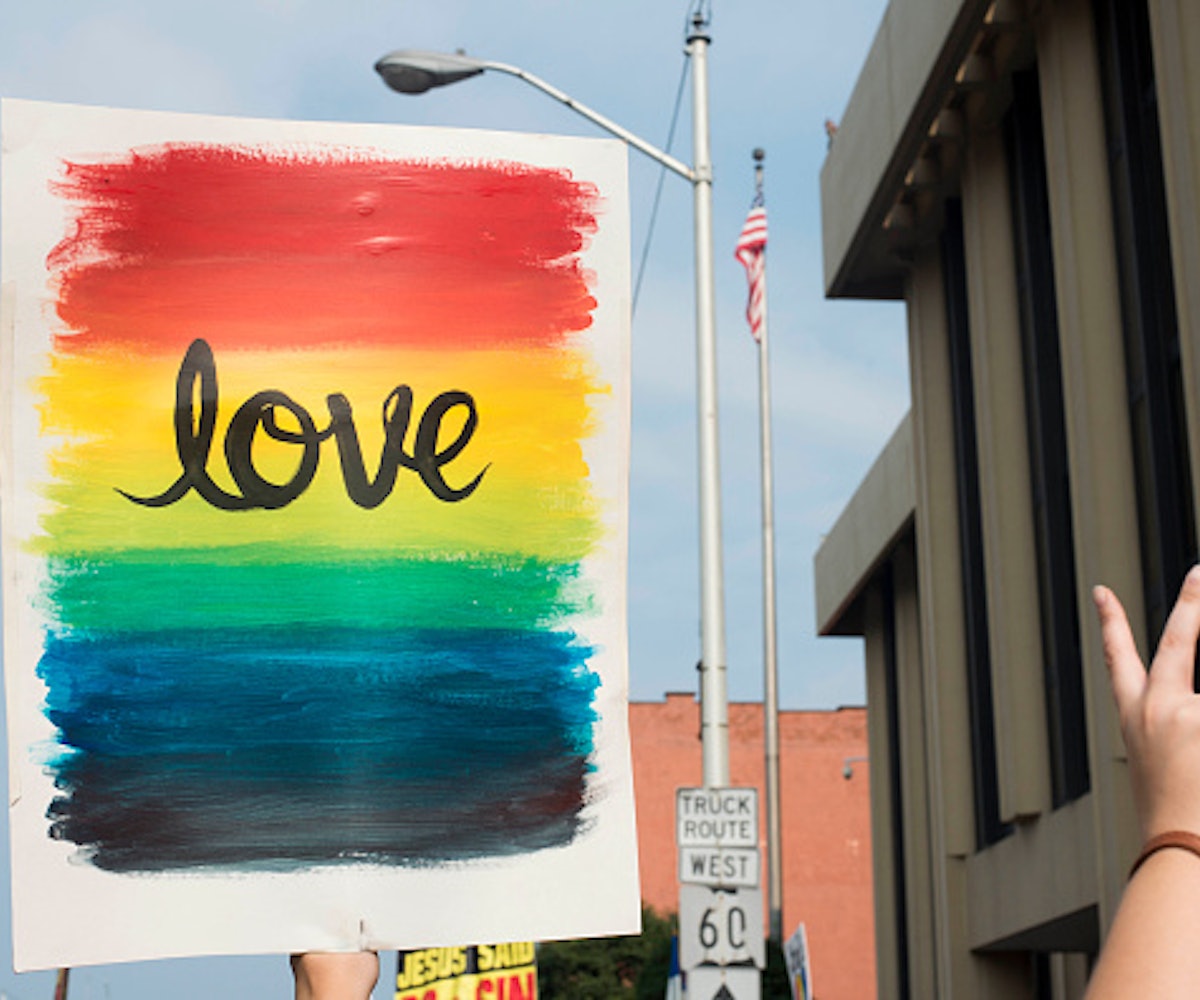 Today, the Supreme Court ruled that all states must allow same-sex couples to be listed on birth certificates. This is a landmark victory for LGBTQ people, as it confirms that the court's decision in Obergefell v. Hodges, the 2015 ruling granting gay couples the right to marriage, protects all rights relating to marriage.

In Obergefell, the court held that the 14th Amendment requires states to extend marriage rights to same-sex couples “on the same terms and conditions as opposite-sex couples.” However, while Arkansas began issuing marriage licenses to same-sex couples, the state refused to list both parents on the birth certificate if they had children. The case was brought to the Arkansas Supreme Court by two married lesbian couples who had jointly planned their child's conception via an anonymous sperm donor, according to the New York Times. State officials listed only the biological mother on the birth certificates and refused to list their parents. The court ruled against the women, saying that “it does not violate equal protection to acknowledge basic biological truths.”

But while the Arkansas Department of Health insisted that its rule was simply a recognition of biology, today the Supreme Court found holes in that argument. Arkansas already lists non-biological parents on birth certificates. For instance, when a woman conceives via artificial insemination, and when a woman has a baby her husband is listed as the father, even if he's not the biological dad. And yet, the state still denied same-sex couples to both be listed on birth certificates.

Since Arkansas was already making birth certificates "about more than just genetics," the court held that they could not carry out such "disparate treatment" on same-sex partners. Obergefell grants these couples all of the “rights, benefits, and responsibilities” that accompany marriage in their state, and this includes birth and death certificates. Therefore, it is unconstitutional to deny same-sex couples any rights related to birth certificates that are enjoyed by opposite-sex couples.

Only three judges dissented, including newly appointed Justice Neil Gorsuch. He wrote that “nothing in Obergefell indicates that a birth registration regime based on biology” violates the 14th Amendment. Gorsuch is extremely conservative, and his track record doesn't bode well for the LGBTQ community. He previously mocked the court battle for same-sex marriage.

The court also announced that it will hear arguments in Masterpiece Cakeshop v. Civil Rights Commission, a case that centers on the question as to whether or not states can require businesses to serve same-sex couples if the business owners oppose same-sex marriage. Hopefully, the court will decide again in the favor of LGTBQ rights.