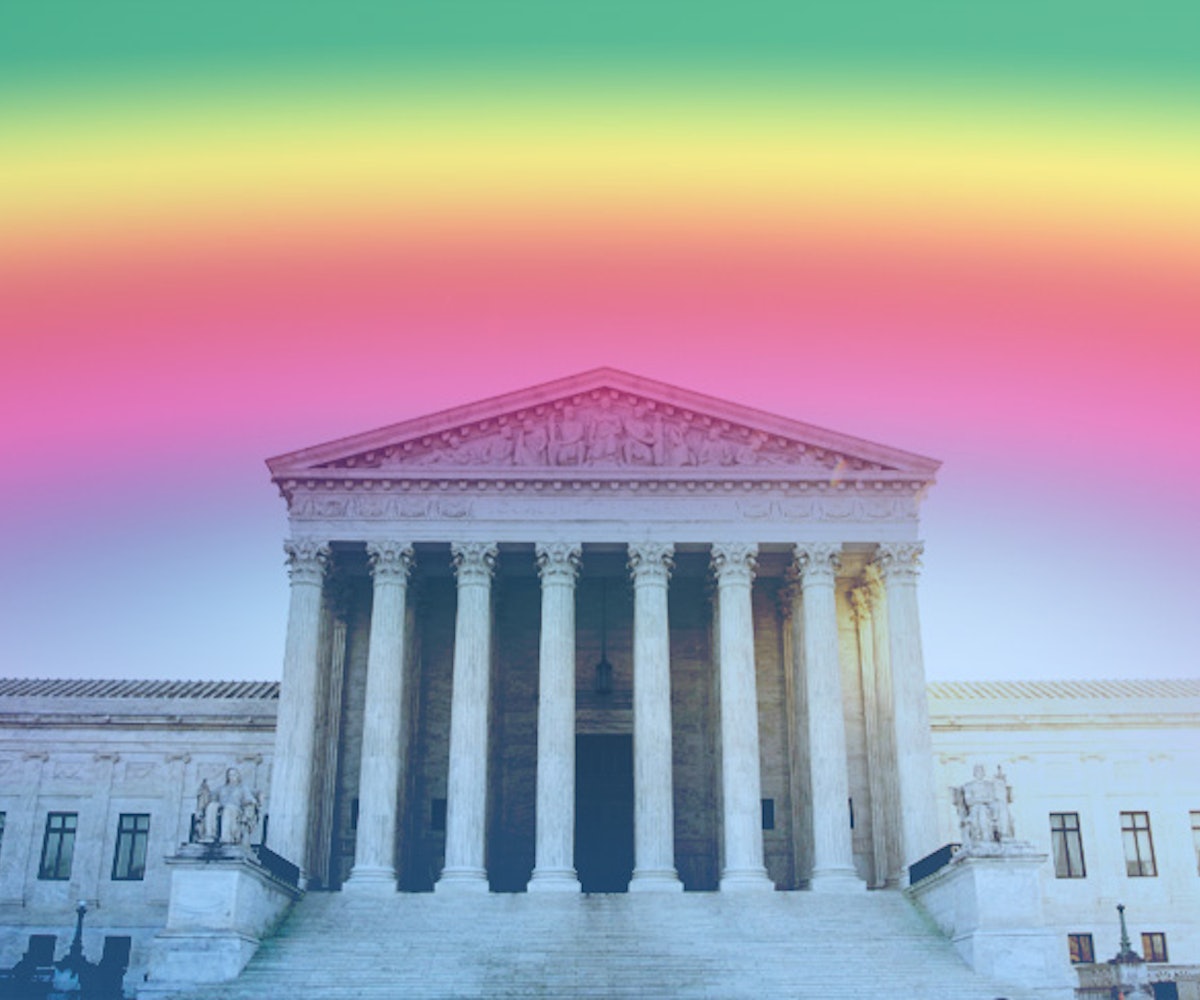 This just came through the wire. According to a report in the New York Times, the decision on same-sex marriages—one of the greatest civil rights issues in United States history—is headed to the Supreme Court. A date for the ruling hasn't been set, but they'll hear the case in April and it will happen before the court's current term ends in June. Currently, 36 states allow for gay couples to get married, which means 14 do not. Hang on while we publicly shame them for a sec:

Guys, it's time to pack it up and head home.

While it's unclear how the Supreme Court will vote, this could likely be the final word on an issue that has galvanzied millions of people across the nation—everyone from Ellen Degenres to President Obama to my cousin—and seems to be moving rapidly towards equal rights for all. If the Supreme Court does vote in favor of same-sex marriage, expect technicolor eruptions of joy across the nation. If not, then we're all moving to Canada, where same-sex marriage has been legal since 2005. Get cautiously excited, people.

NEXT UP
Entertainment
Hailey Bieber Says "It's All Love" Between Her And Selena Gomez
Life
NYLON Newsletter: September 30, 2022
Beauty
September 2022’s Best Beauty Launches Will Keep You Cozy And Cute Throughout The Fall
Entertainment
Lana Del Rey's Best Collaborations