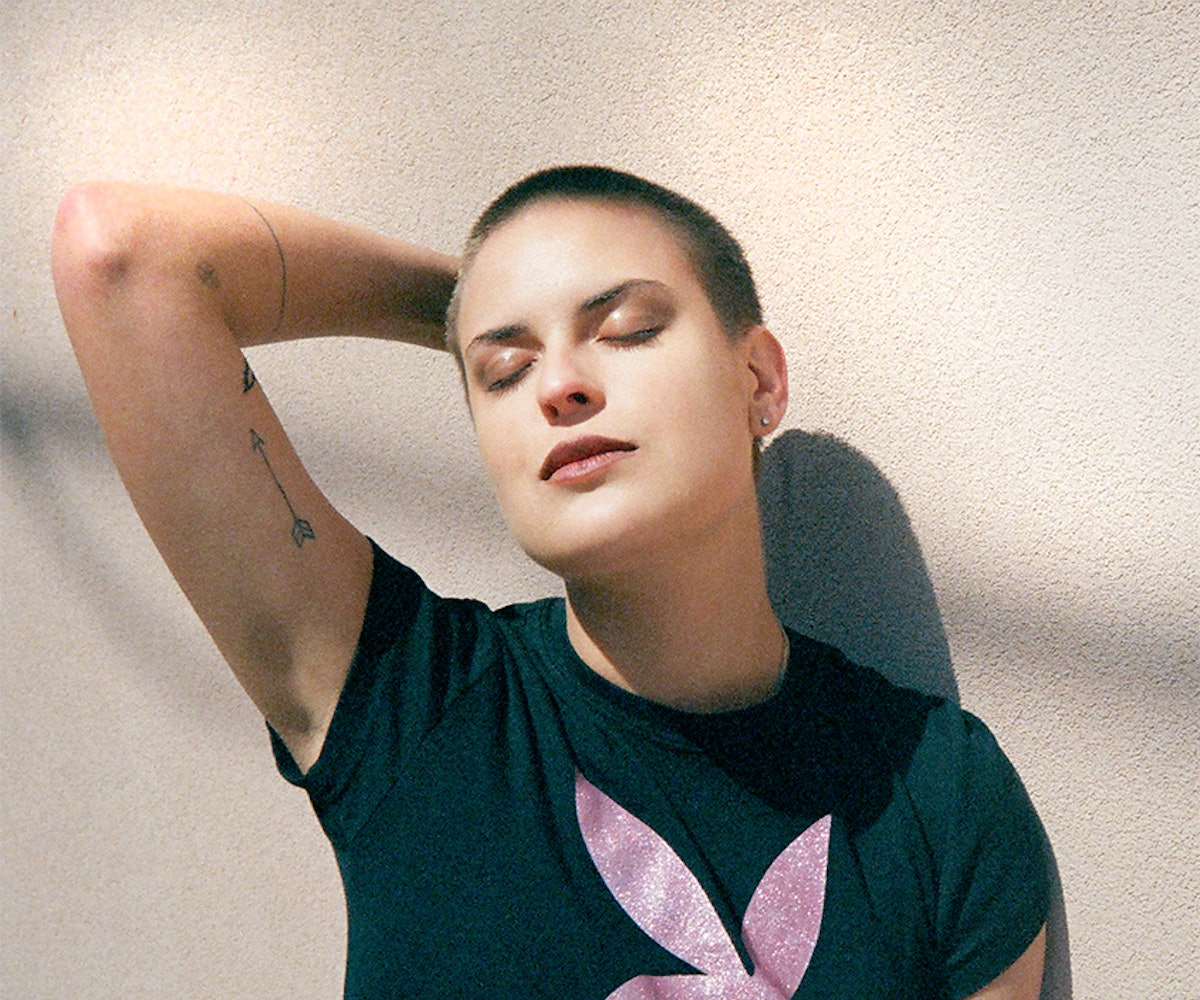 Tallulah Willis may be the daughter of the '90s' favorite couple, Bruce Willis and Demi Moore, but she's made a name for herself, working to promote healthy body image among women. Oh, and her art is pretty amazing, as well. In the gallery, she spills on illustrations, self-empowerment, and the best way to wear '90s-inspired lipstick colors.

Obviously your parents [Demi Moore and Bruce Willis] are super fucking famous, but you seem so normal. Why is that?

I think it has to do with growing up in Idaho. People have always had this certain idea of me, and I wanted to counteract it. I struggled when I was a teenager, but in the past year or so I’ve gone through so many changes. I finally realized that what I am is okay and what I am is enough, which translated into why I’m more normal than a lot of people assume.

Why are you so open on social media?

When we were growing up [there was an emphasis on] being hidden—not because we had anything to hide, but because my parents wanted to protect us. Now, I don’t have a conscious thought process of like, I’m putting something out there that is shocking or not shocking. I did this video one night and I was looking normal, and then I made this weird face, because I thought it was really funny. But then I was like, "Damn, I can’t believe Daily Mail just posted that."

"I love the ‘90s, and that’s why that brown mauve color is so bae to me. It’s so sexy. It’s like rewatching all of my favorite '90s shows on Netflix. And for my skin tone, it’s actually a lot more flattering than a bright red.” kat von d studded kiss lipstick in lovecraft, $21, sephora.com

Where does all of your confidence come from?

Right now, I feel the most “me” I’ve ever been. I get a lot of comments like, “Oh my god, you’re just like this superpower woman, how do you have confidence 24/7?” But I don’t. I’m not invincible. I feel like shit sometimes—I’m just trying to breathe and let some of that go. If you're always trying to be something else, then you'll never be satisfied with what you see looking back, so just make you the best ever.

What’s the best beauty advice your mom has ever given you?

My mom used to do my makeup when I was younger—she’s so good at it. I’ve always liked that she takes the “less is more” approach, and so do my sisters. They don’t do super-intense eye makeup and a super-intense red lip; they pick one or the other. I adopted that theory because I don’t wear a lot of makeup but I’ll just put on lipstick. I definitely play around with lip colors the most out of any makeup I use.

Who are some of your ultimate lipstick icons?

Jessica Rabbit, obviously. Recently, I’ve been watching a lot of Buffy the Vampire Slayer and Angel, so I have to say that Cordelia Chase wearing that perfect ‘90s brown mauve lip color. She was such a babe!

“I love this purple because it’s an in-between shade. I tried to do a super-dark purple, but it looked a little bit freaky on me. This color is an everyday kind of thing, though, and it’s easier to put on.” obsessive compulsive cosmetics lip tar matte in lydia, $18, sephora.com