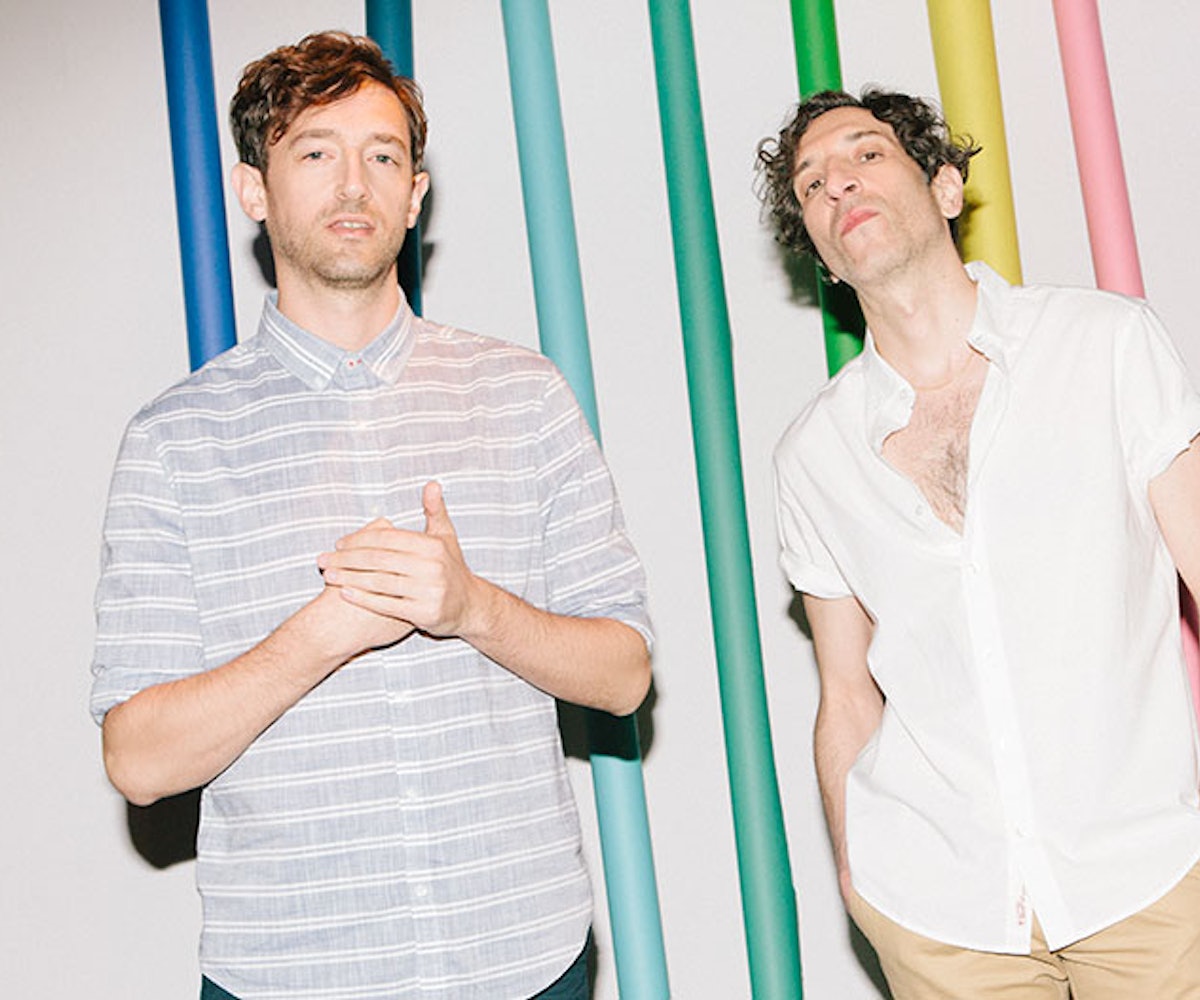 Tanlines is currently hitting the road with Original Penguin for the NYLON Guys Music Tour. Percussionist Jesse Cohen sat down to chat with us about the band’s origins and new sound. Later on, Eric Emm joined in for one of our most memorable shoots to date. See for yourself ahead.

When did you and [Tanlines guitarist and vocalist] Eric Emm meet?

Eric used to have a studio in Greenpoint, Brooklyn, and he recorded my old band. In those days, he was more of a producer. We met there and we had chemistry—I sound like I’m talking about the beginning of a relationship.

Well, it is a relationship, in a sense. Was there a specific moment when you decided to make music together?

Yes, there was: Both of us were in a downtime period, and so we were at the studio and just started working on a remix. I was like, “This is good! Let’s put this on the Internet.” And we did. That was the beginning of the band, really.

Where did the name Tanlines come from?

Well, it was the same day as the day I just described. We needed a name to put the song up and it was the one that stuck. What I like to say about the name of the band is that it is the line between light and dark, the line between where the sun is and the shade is. That’s how I think about our music because I think it’s both sunny and dark at the same time. You can tell I’ve thought about this for years. [Laughs]

Could you describe your creative process for your latest album, Highlights?

What can we expect from your NYLON guys Music Tour performance?

We’re expanding our band. Eric and I used to always perform as a two-piece, and now we’re bringing in two more musicians for our live show. It’s sort of an extension of what I was talking about with the album. We’re bringing in more humans to the music, so it should really be more like a band up there…It’ll be like a roller coaster, a slow-moving roller coaster of highs and lows.

What are you looking forward to most about performing?

When you spend a lot of time with your own music, you form an idea of what you think it is. Then, when you go out and start playing it for people, you learn a lot about the song that you wrote. It’s actually half and half: Half what I think it is, and half what the audience thinks it is. For the songs that we wrote on this album, we’ve been sitting by ourselves for a really long time, and I’m excited to be out there and see what they actually are.