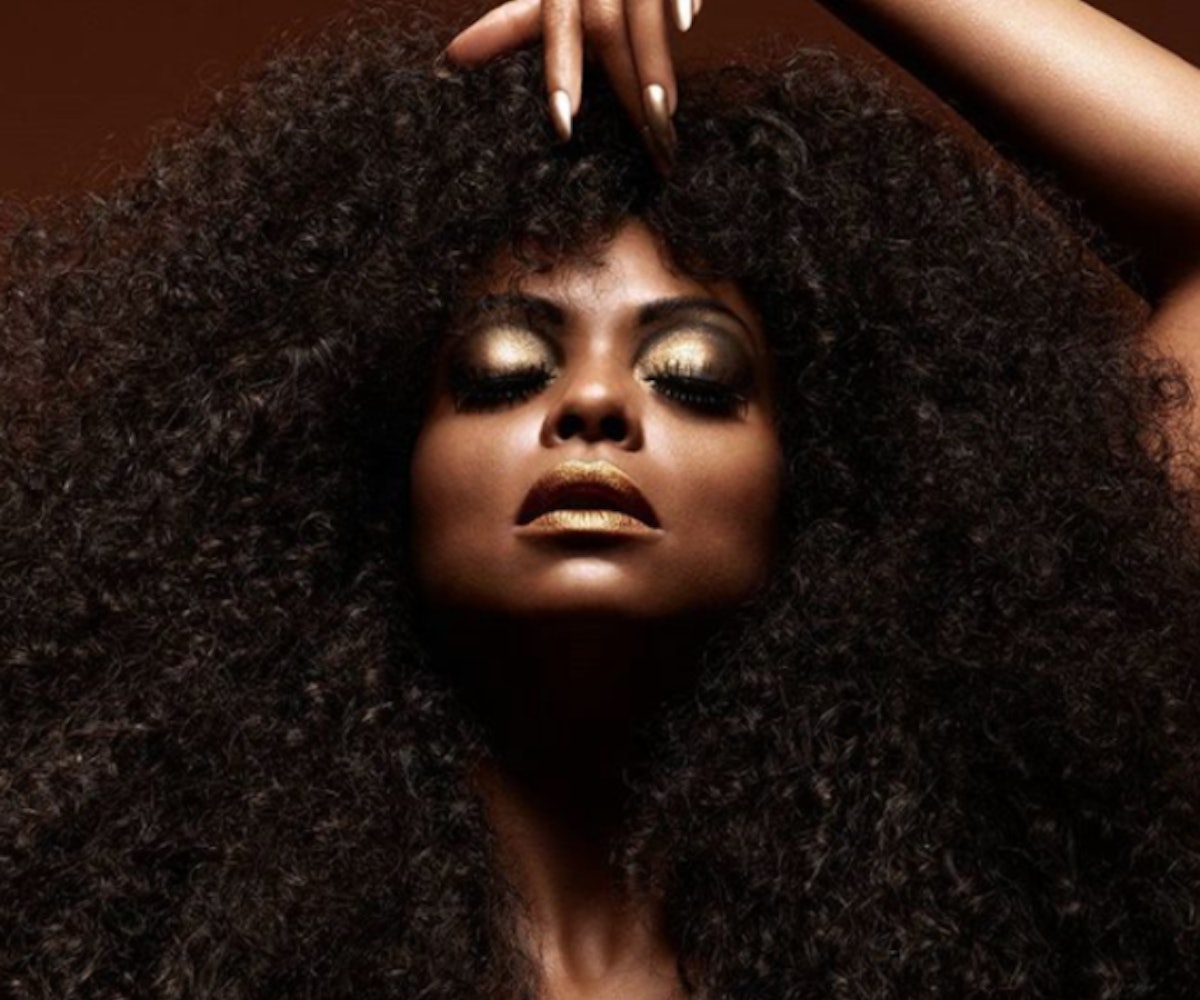 Taraji P. Henson and M.A.C are on very good terms. The actress was appointed the role of Viva Glam spokesperson last year and, prior to that, released a collection with the brand that quickly sold out. Likely after popular demand, the duo is back at it, and the new product is as sultry as the Empire star herself.

Round one of Viva Glam introduced a bright fuschia lipstick and lipglass. For round two, the brand and Henson are releasing a copper brown product with flickers of gold. The 90’s fervor is still alive and well, we see. We're for it, especially if it results in a stunning end result as seen in Henson's campaign images above.

A statement from M.A.C reads:

She’s back to bring Viva Glam even more unstoppable allure. Taraji P. Henson has built her own empire, winning over millions with her striking style, charisma and confidence. For her return to this iconic campaign, she infuses coppery brown lipstick and lipglass with gold pearl for a regal, seductive colour. Thanks to Taraji, Viva Glam on a powerfully enticing new attitude.

The limited-edition lipstick and lipglass, sales from which will as always benefit M.A.C's AIDS fund, will be available starting September 7 through February. Though, if the past drop is any indication, you might want to jump on that early. Check out the two products for yourself, below.