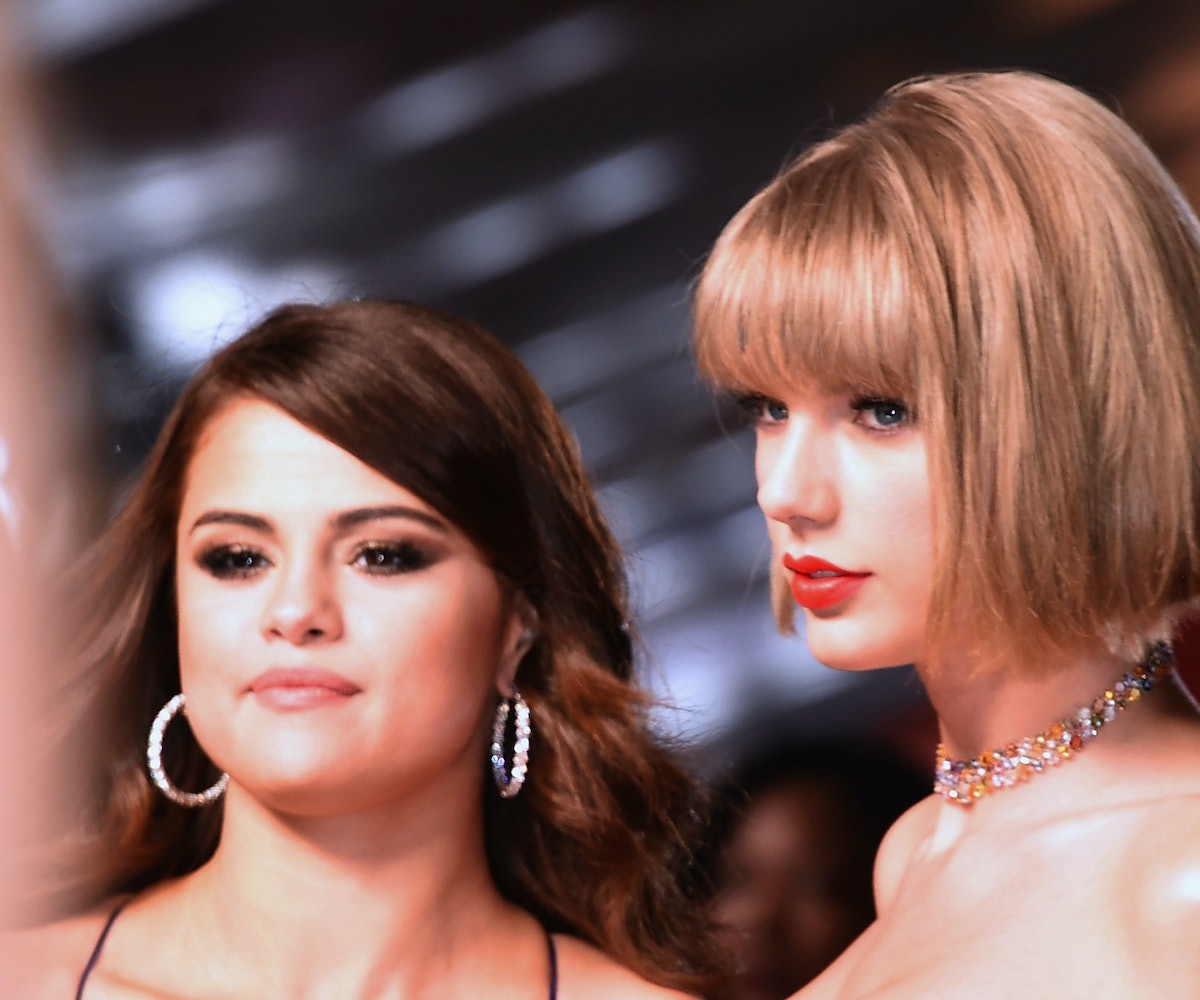 Yesterday, in celebration of her BFF’s birthday, Taylor Swift baked Selena Gomez quite the cake, all decked out in pink-and-white frosting. It had hearts, it had sprinkles, and it had an unmistakable homemade flair. It was, for all intents and purposes, a really sweet gesture—both literally and figuratively—except for the fact that Gomez will never know exactly how sweet, because she never got to eat it. Gomez was on the opposite side of the country at the time of said cake-baking, so she, and the rest of the world, was left having to imagine how amazing Swift’s cake may have tasted.

Which is a little strange. Or maybe it’s just really nice? Or maybe Swift was just craving something sugary for herself.

Usually, sweet gestures like this should be taken at face value, but Swift’s sweetness has been in question since she: lied about Kanye, used white feminism to attack Nicki Minaj, and, you know, butchered Earth Wind and Fire's "September." Plus, she ruined snakes.