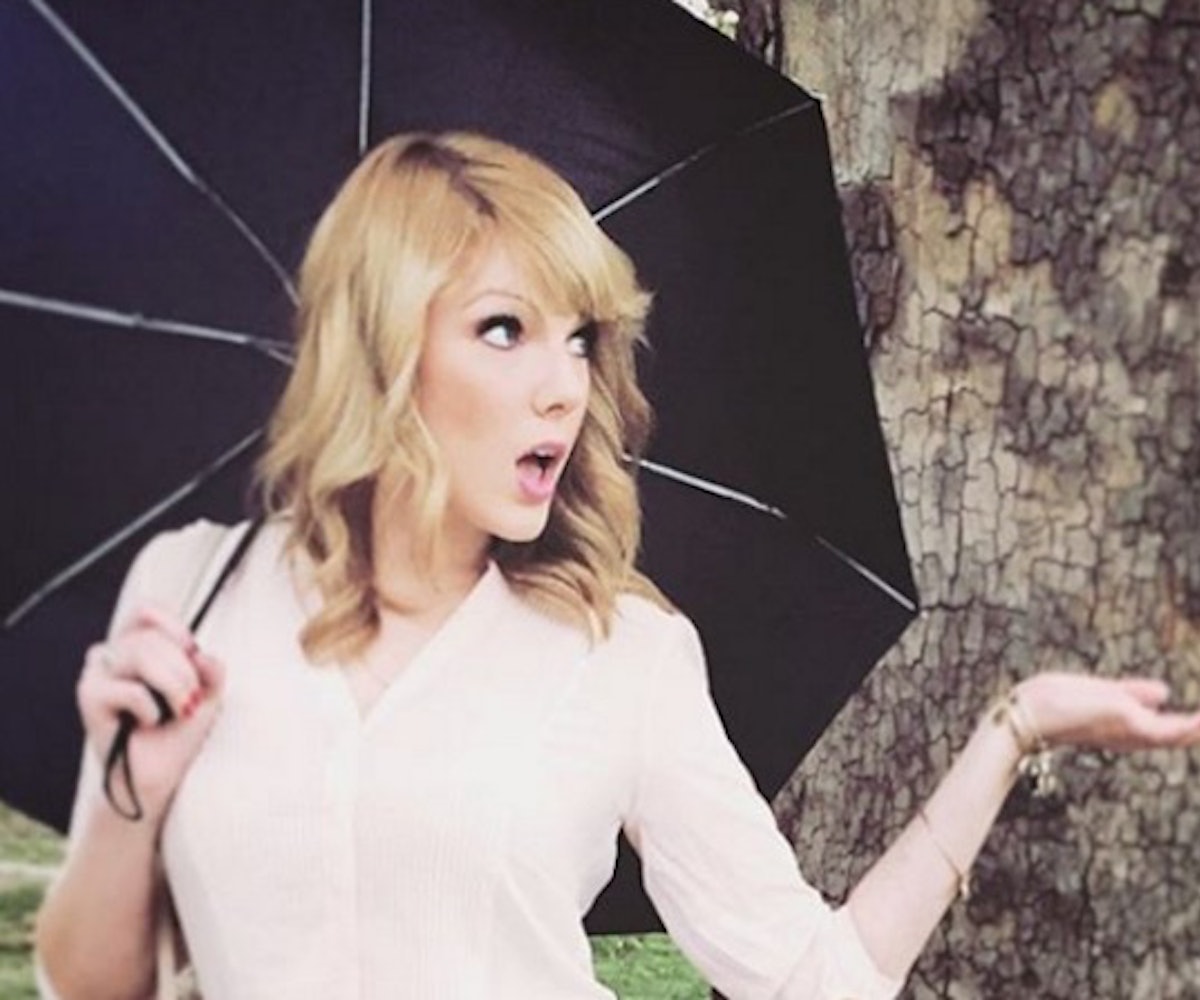 Today has been a day of celebrity doppelgänger news. First, we had reports of a fake Bradley Cooper being kicked out of parties at Sundance—a news item of transcendent beauty. Now we have something else from the doppelgänger category that is perhaps less wonderfully absurd, but nonetheless pushes many of the same buttons.

Behold, it’s rising Instagram star Keitra Jane, a 21-year-old college student at the University of Utah who is not, despite outward appearances, recording star Taylor Swift.

Okay, so the resemblance isn’t 100 percent perfect. You’ve got to admit, though, that thanks to a combination of genetics, makeup, hairstyling, fashion choices, and filters it’s downright uncanny. Check out some more.

Now, apparently, Jane has been doing her Swift thing for years, but we only caught wind of it thanks to the good people at Mic. There, it’s revealed that Jane not only tries to look like Swift, but offers up shots that take after the star’s #perfect, #blessed Instagram life. Of course, as Mic reports, this winds up attracting the exact same kind of haters the real Swift gets.

Now, yes, you could go ahead and say there’s a weird side to all of this. Maybe you even want to cross your arms and say it’s dark. Well you can go ahead and do just that. Right now, we’re going to enjoy the beautiful, well-executed thing that’s going on here and smile. After all, now there’s a little bit more Taylor Swift in the world. Embrace it.