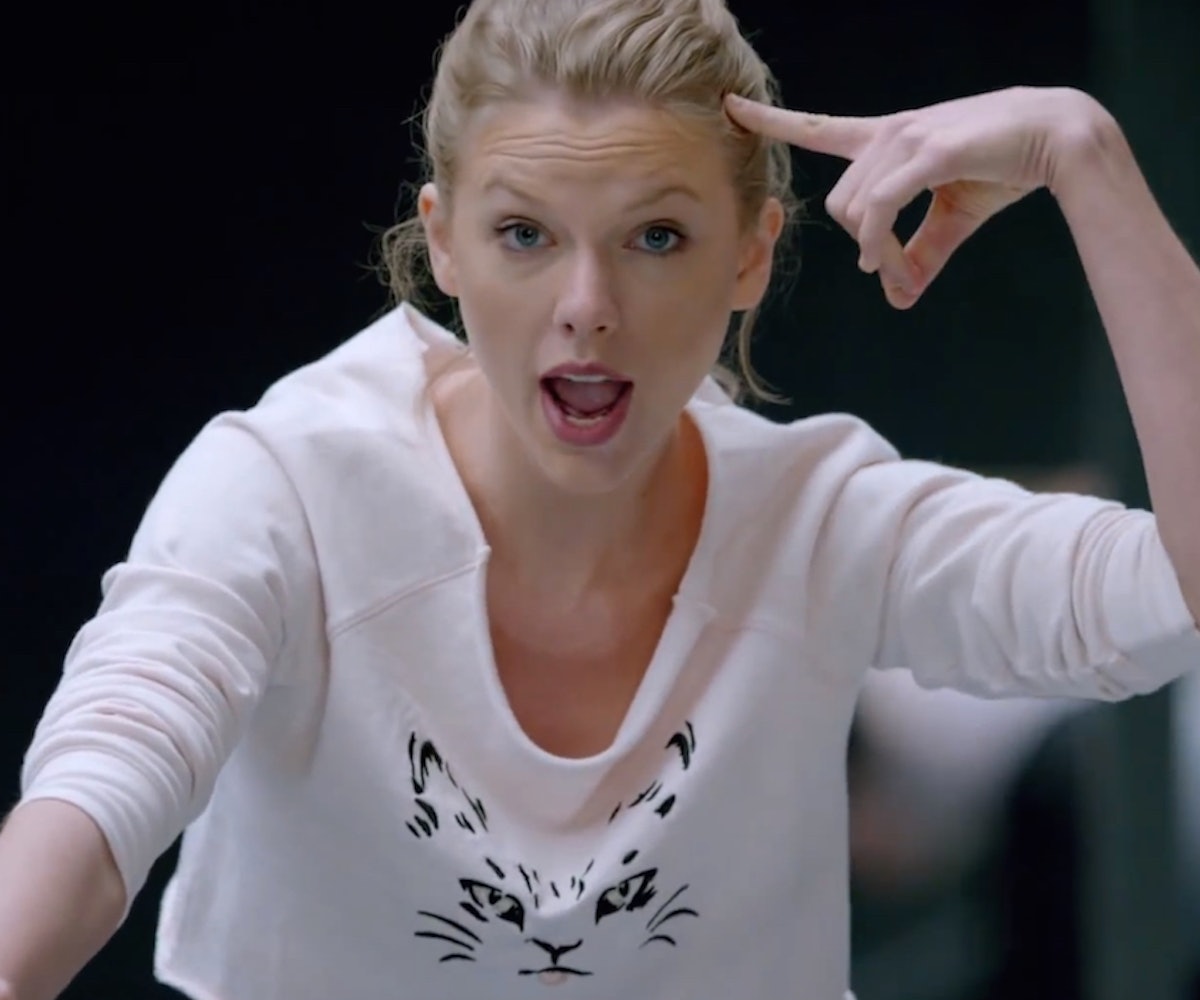 What’s wonderful about the American legal system is that anyone with the inclination (and a few bucks) can step up, participate, and demand justice. Of course, a lot of us Americans are also total dummies, so it’s not all Erin Brockovich out there.

Case in point: A musician named Jesse Braham—who goes by “Jesse Graham”— is suing Taylor Swift, claiming that she owes him $42 million for ripping off his lyrics. Strong stuff, but wait for it: According to Braham, Swift’s 2014 I’m-all-out-of-f*cks anthem “Shake It Off” cribbed lines from Braham’s “Haters Gonna Hate”. Specifically, her chorus—which you may or may not know by heart—came from Braham’s lyrics “Haters gone hate, playas gone play. Watch out for them fakers, they'll fake you everyday.”

Just for reference, here are the Swift lyrics:

And now you're doing a little dance, aren't you?

Yes, there is a markable similarity between the two sets of lyrics. Then again, “haters gonna hate” is a long-lived hip-hop idiom going back to—at least in this writer’s memory—the early ‘90s. “Fakers gonna fake” isn’t new territory either.

Granted, Swift is famous for filing to trademark the same phrase as well as bleach, railroad ties, and iron ore—none of which would stand up under a serious challenge. Even by those standards, however, this is fairly dismissible (and it doesn’t help that Jesse Graham has no significant cultural following).

As a legal source told Perez Hilton, “Mr. Braham, who is representing himself, cannot claim copyright protection for the phrases ‘haters gone hate’ and ‘playas gone play’ because the Copyright Act does not protect short phrases and these phrases are not original to him. In addition, and most damning to Mr. Braham's claim, the two songs have absolutely nothing in common.”

So, yeah, the American legal system allows dumb, dumb things like this to happen. In a way though, that’s exactly what’s so beautiful about it. USA! USA!

Listen to the two songs below and decide if there's any merit here yourself.