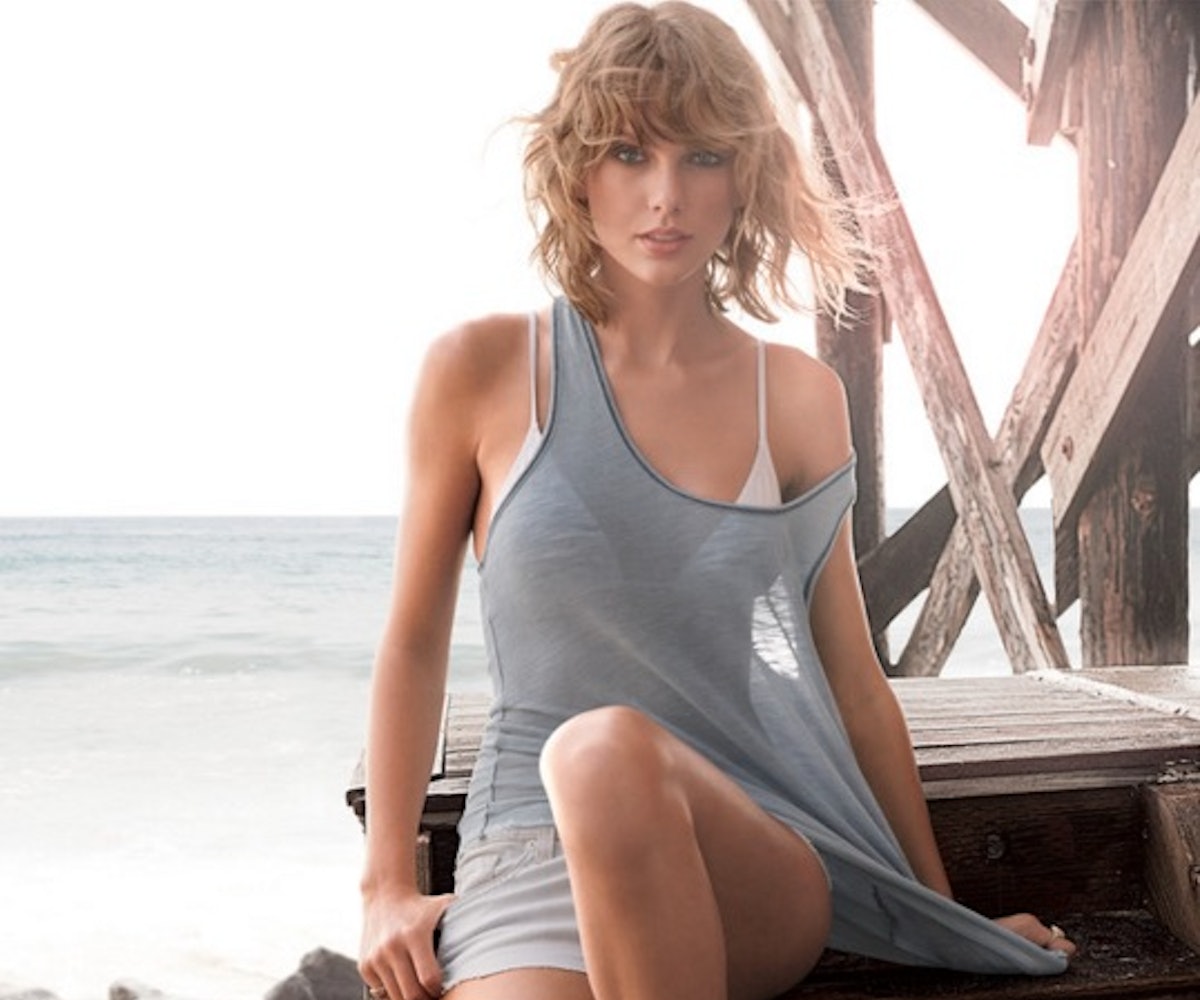 For nearly a decade, Taylor Swift has a built an entire career on turning her personal experiences into relatable songs that have captured everyone from your five-year-old next-door neighbor to

. And while some of her tracks are obvious references to her high-profile relationships, Swift has made it a point to never disclose who exactly she’s singing about.

In the interview for her super-sexy cover with GQ, Swift finally gave us an idea as to why she’s so secretive about the subjects of her songs: “I’ve never named names, so I feel like I still have a sense of power over what people say—even if that isn’t true, and even if I don’t have any power over what people say about me,” she says. “The fact that I’ve never confirmed who those songs are about makes me feel like there is still one card I’m holding. So if you’re going to look at your life and say, ‘I get to play sold-out football stadiums all over the world. I get to call up my favorite artists and ask them to perform with me, and most of the time they say yes. I get to be on the cover of this magazine’—this is all because I write songs about my own life. So I would feel a little strange complaining about how it’s covered.”

Inevitably, the writer asks her about “Bad Blood,” which, at this point, has been universally acknowledged to be about Katy Perry. “You’re in a Rolling Stone interview, and the writer says, ‘Who is that song about? That sounds like a really intense moment from your life,’” Swift says. “And you sit there, and you know you’re on good terms with your ex-boyfriend, and you don’t want him—or his family—to think you’re firing shots at him. So you say, ‘That was about losing a friend.’”

So there you have it: “Bad Blood” is definitely about a friend, since Swift wanted to show that "losing friendships can be just as damaging to a person as losing a romantic relationship." But can "Bad Blood" be pinned to Perry? If Swift has any say in it, we'll never know.