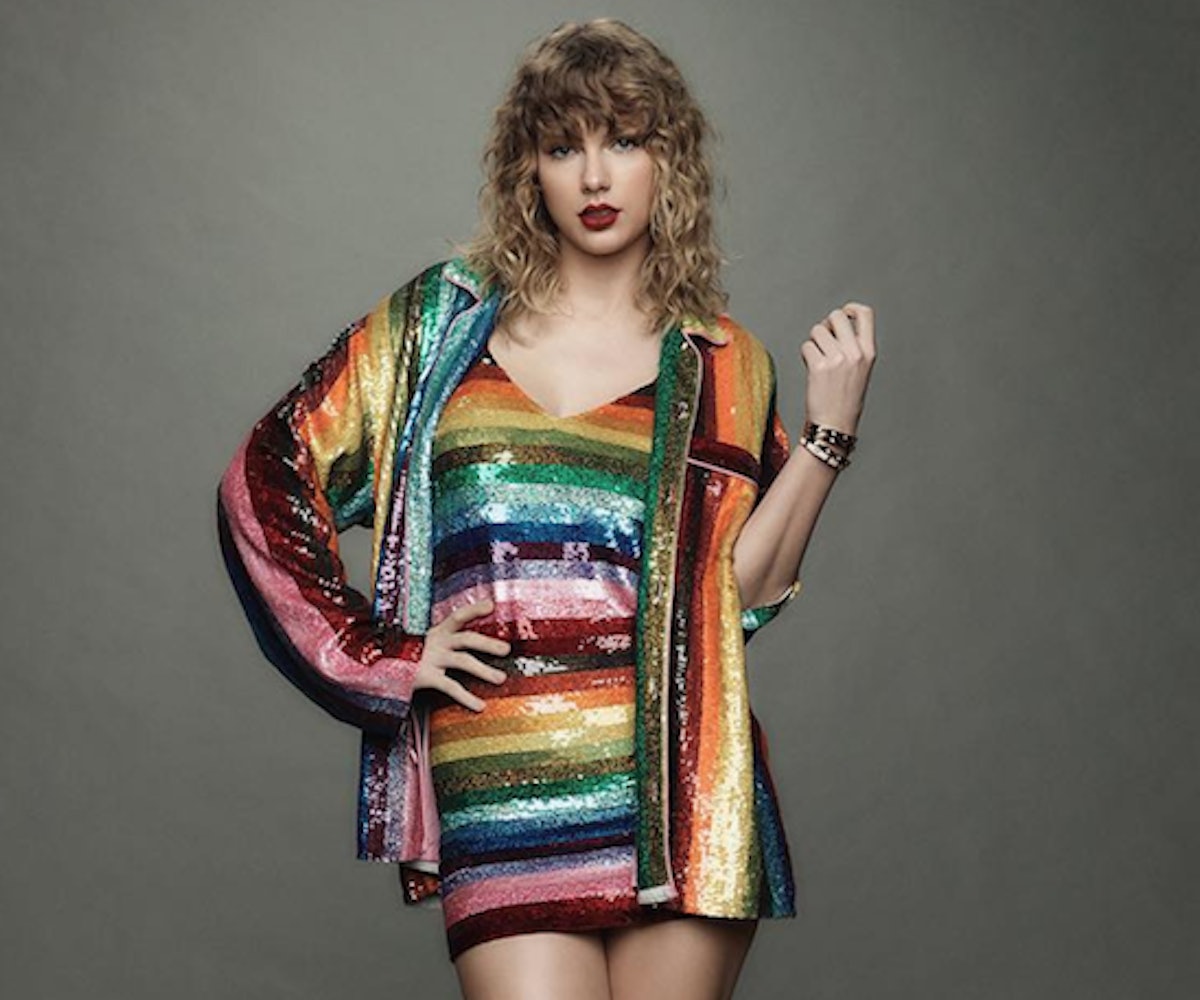 In the next installment of the seemingly unending stream of memorable-things-that-happened-at-Taylor-Swift's-secret-listening-sessions-designed-to-make-you-jealous-AF, it looks like at a certain point things got a little too, er, hot and heavy for TSwift's folks, Scott and Andrea. As InStyle reports, once the song "Dress" came on during the Reputation listening party, the raunchy lyrics made mom and dad pretty uncomfortable—so they left the room.

The fan accounts are as cringey as they are hysterical:

It's like watching a movie with your parents and wanting to die and be anywhere else but in the same room when the sex scene you forgot about comes on, only maybe 100 times worse and also funnier?

Even better was one fan's reaction to the scene:

Non-Swift fans might not understand what all the fuss is about, seeing as there is a nearly infinite number of songs about sex. But as Billboard points out, this is relatively new territory for Swift. Although the singer has been unabashedly open about her relationships, she rarely, if ever, explores this level of intimacy in her songs. In fact, she's been openly uncomfortable about revealing any bedroom details whatsoever, which is rare for a singer in this day and age. So maybe that's why Swift's parents were particularly uncomfortable: A song like this really wouldn't have been expected.

That said, "Dress" is hands-down one of the best songs on Reputation, if not the best. Billboard's article is worth a read if you want to get into the fine details of what makes this a masterfully crafted pop song, but really all you need to know is that this slow-jam is your new go-to sexy song. And to that we say: Get it, girl.