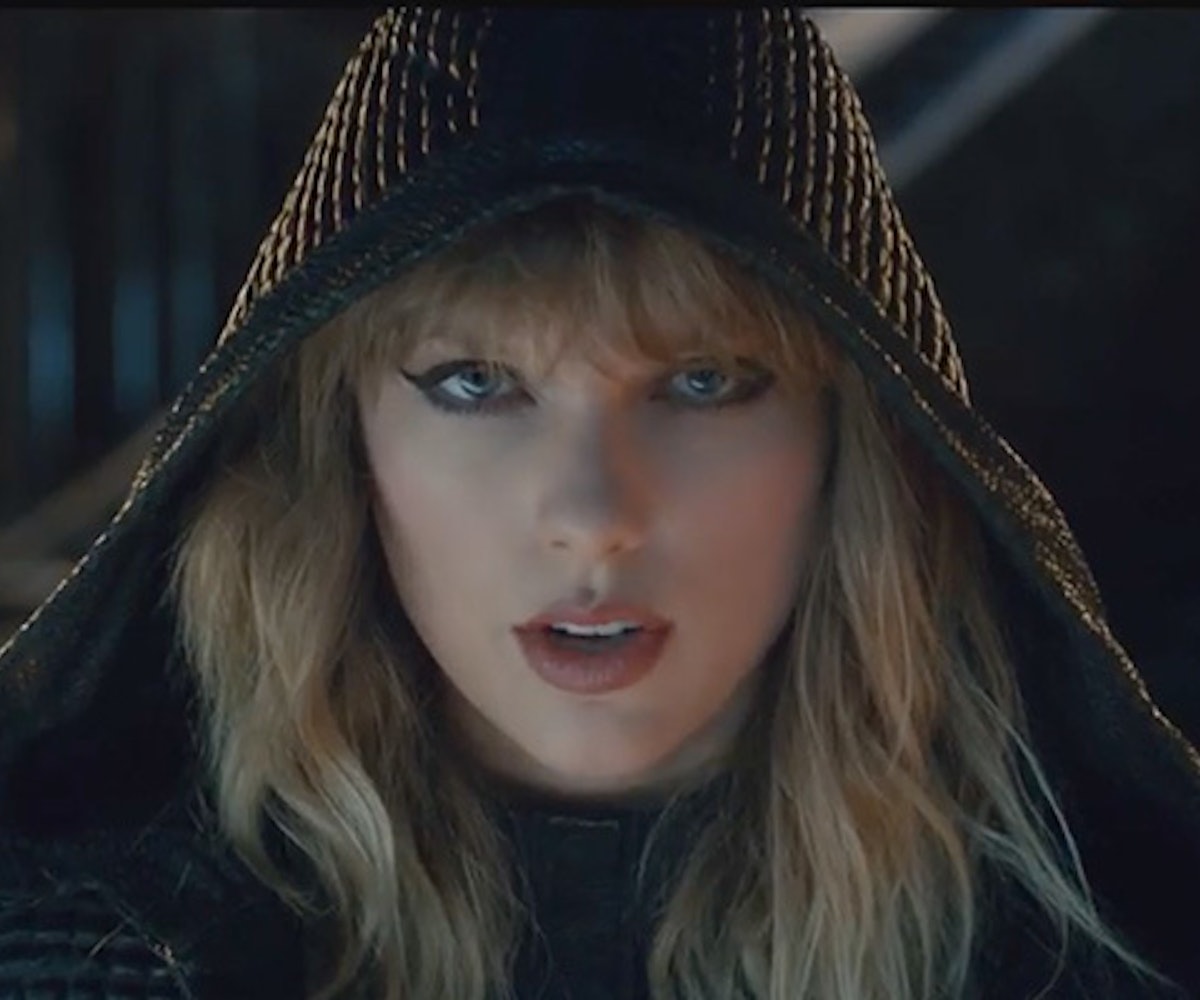 Taylor Swift released a new video for her song, "Ready For It?", and I have to say the answer is "no." What's going on here? Can someone explain it to me? The video toys with her new Good Taylor vs. Bad Taylor concept, with one Taylor wearing an all-black outfit with a hood and thigh-high boots (Bad) while the other wears a nude bodysuit (Good). Then, the two battle? Maybe? Honestly, still not sure.

From the beginning, the video has all the hallmarks of "New Taylor." It opens with some truly corny graffiti. Swift's ideas of "bad" and "tough" seem to be on par with how Limited Too might envision them.

Good Swift appears to be some kind of robot/transformer, who can also somehow make a white horse materialize beneath her whenever she wants. Which appears to be any time without rhyme or reason.

Bad Taylor, who also turns out to be a robot, is defeated? Sort of. And then Good Taylor rides an escalator to nowhere. I don't know, you guys. Maybe you'll like it!

Check out the new video, below.