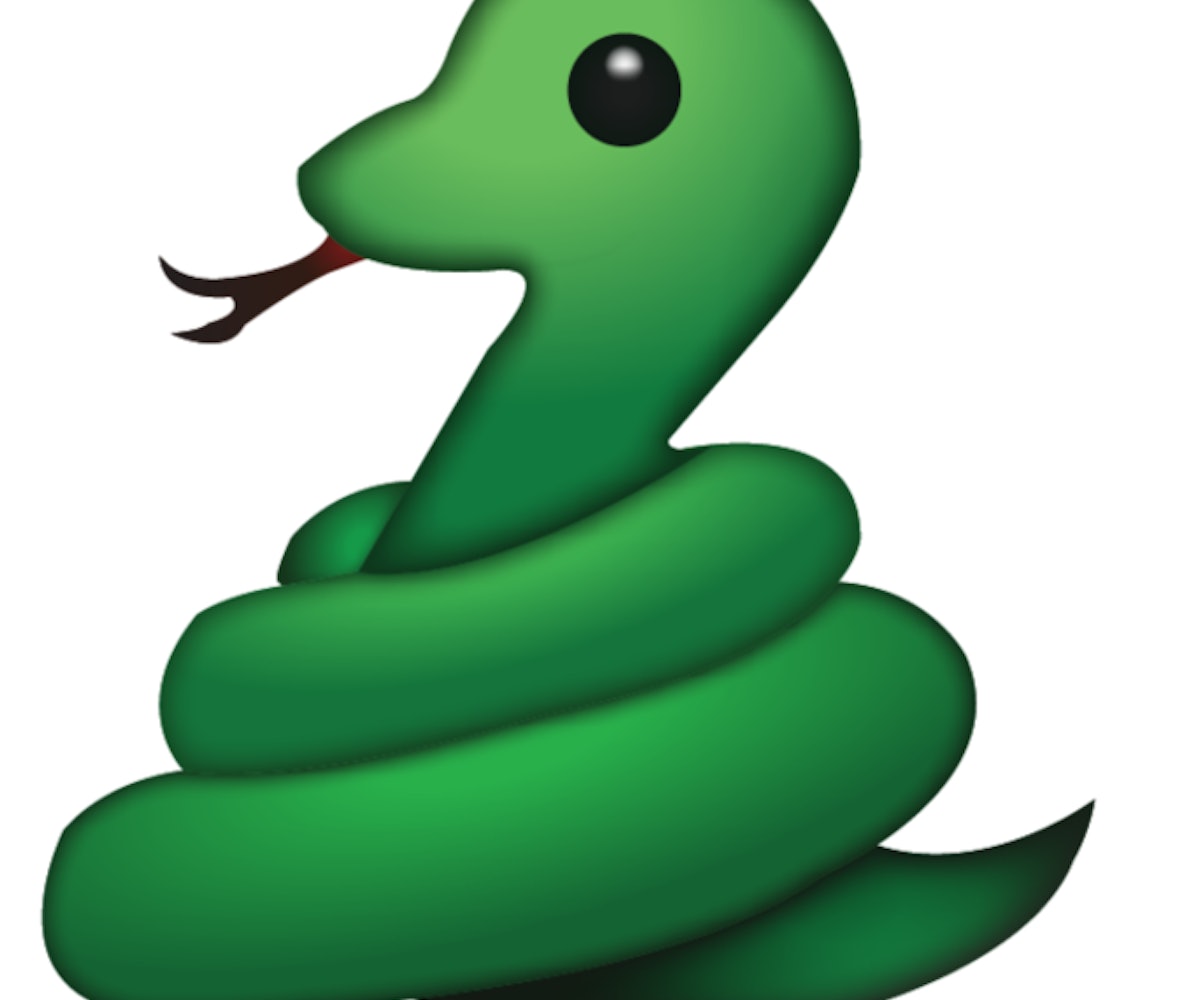 There's a really long list of things Taylor Swift has ruined: the year 1989, maple lattes, Fourth of July parties, high-waisted bikinis, and Tom Hiddleston, to name just a few. Some of these losses sting worse than others (1989 was only an okay year, at best), but none of them actually matter that much anymore, because Swift is now about to ruin something actually important, and it's annoying me to the degree that, say, a paper cut does—namely, a lot, and then not so much, and then a lot when I get reminded of it again.

I'm talking, of course, about snakes. Swift is set to ruin snakes, just like she also ruined Jake Gyllenhaal, and it's incredibly unfair, because, unlike Jake Gyllenhaal, snakes did not ask to be included in Swift's narrative.

First, a short backstory of Taylor Swift and snakes: Actually, no. You know it by now, don't you? Swift has been known as a snake ever since her lies regarding that infamous phone call with Kanye West were exposed via Kim Kardashian's Snapchat. And now, with the impending release of her new album, Swift has decided to embrace the snake, and do what countless people have done before her: reclaim the negative moniker somebody else created for them and turn it into something positive. How... empowering. Or more like, how enriching, since Swift is set to make quite a bit of money off of the whole snake thing, given that she's now even selling snake-themed merch on her website.

But here's the thing, in case you're still unclear about how I feel, Swift taints everything she touches, as if covering it in a layer of... mayonnaise, or something. (No, definitely mayonnaise.) And I just wish she wouldn't do that to snakes, who, in all their slithery glory, are nothing less than dragons without wings, and pretty much the opposite of the animal Swift would be, were she to be an animal.

All of this is to say: Let's stop with the Taylor Swift-snake connection. Let's start using literally any other emoji to associate with Swift. The loaf of bread, maybe. Or if we want to go an even more obvious route, the glass of milk.

But leave the snake alone. Unless you're Britney Spears. Then you can do whatever you want with a snake. Obviously.